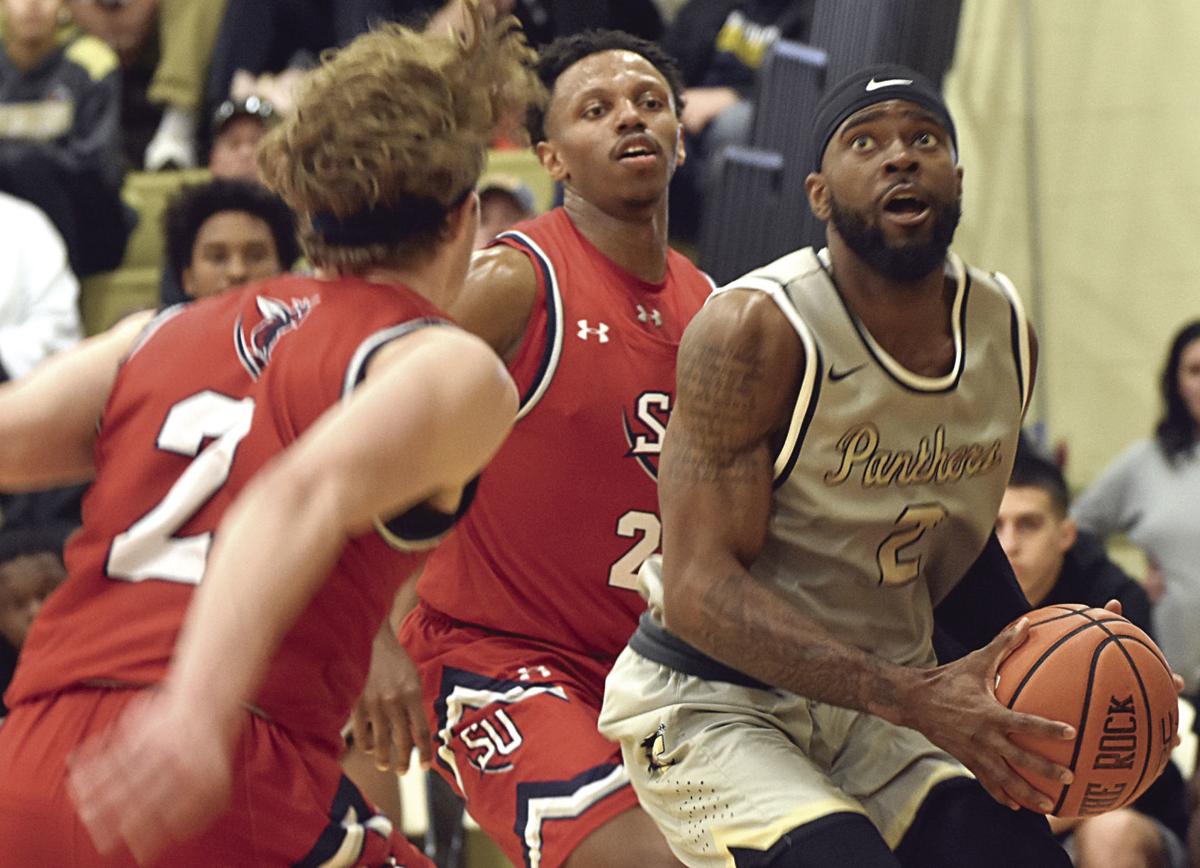 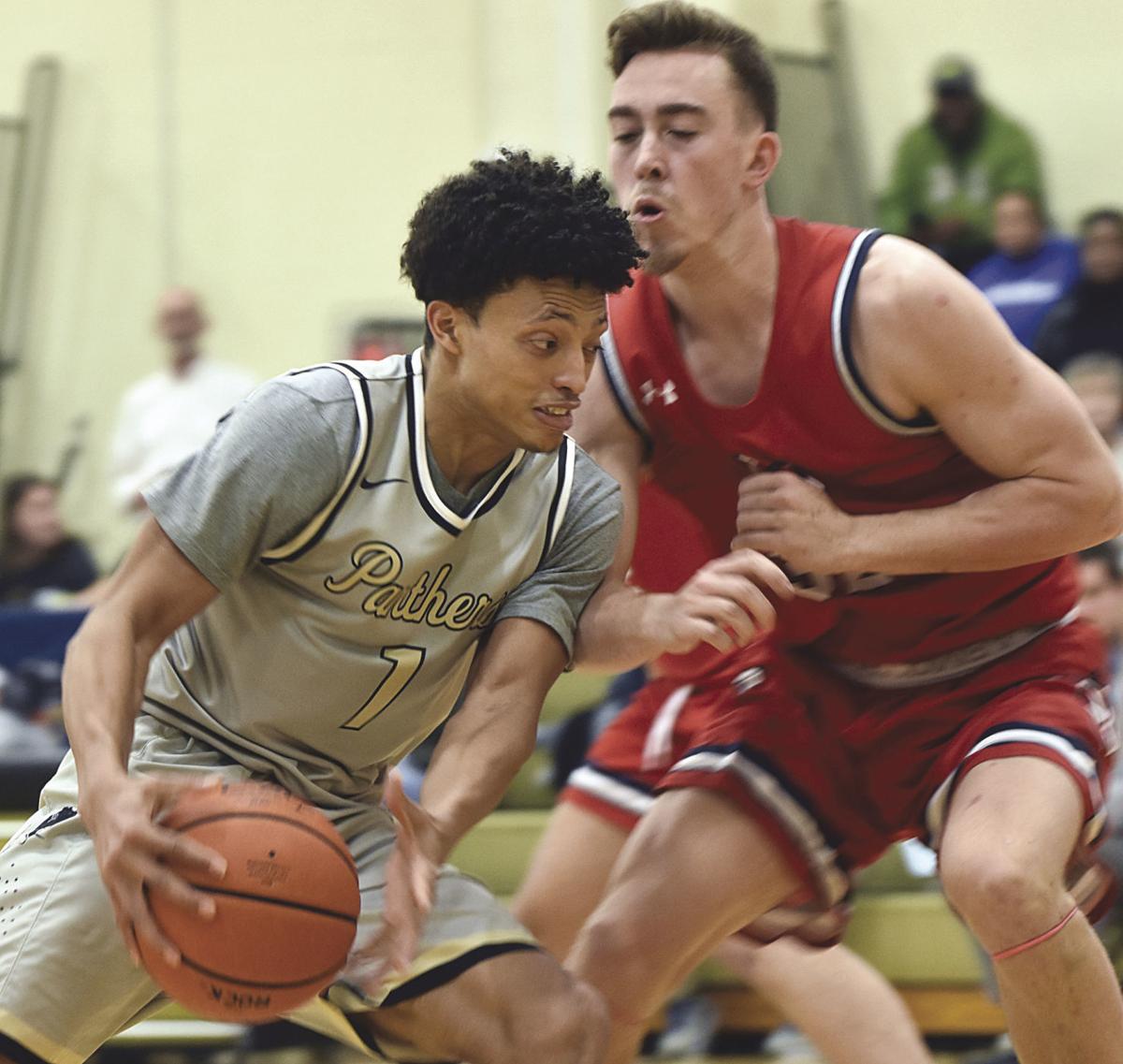 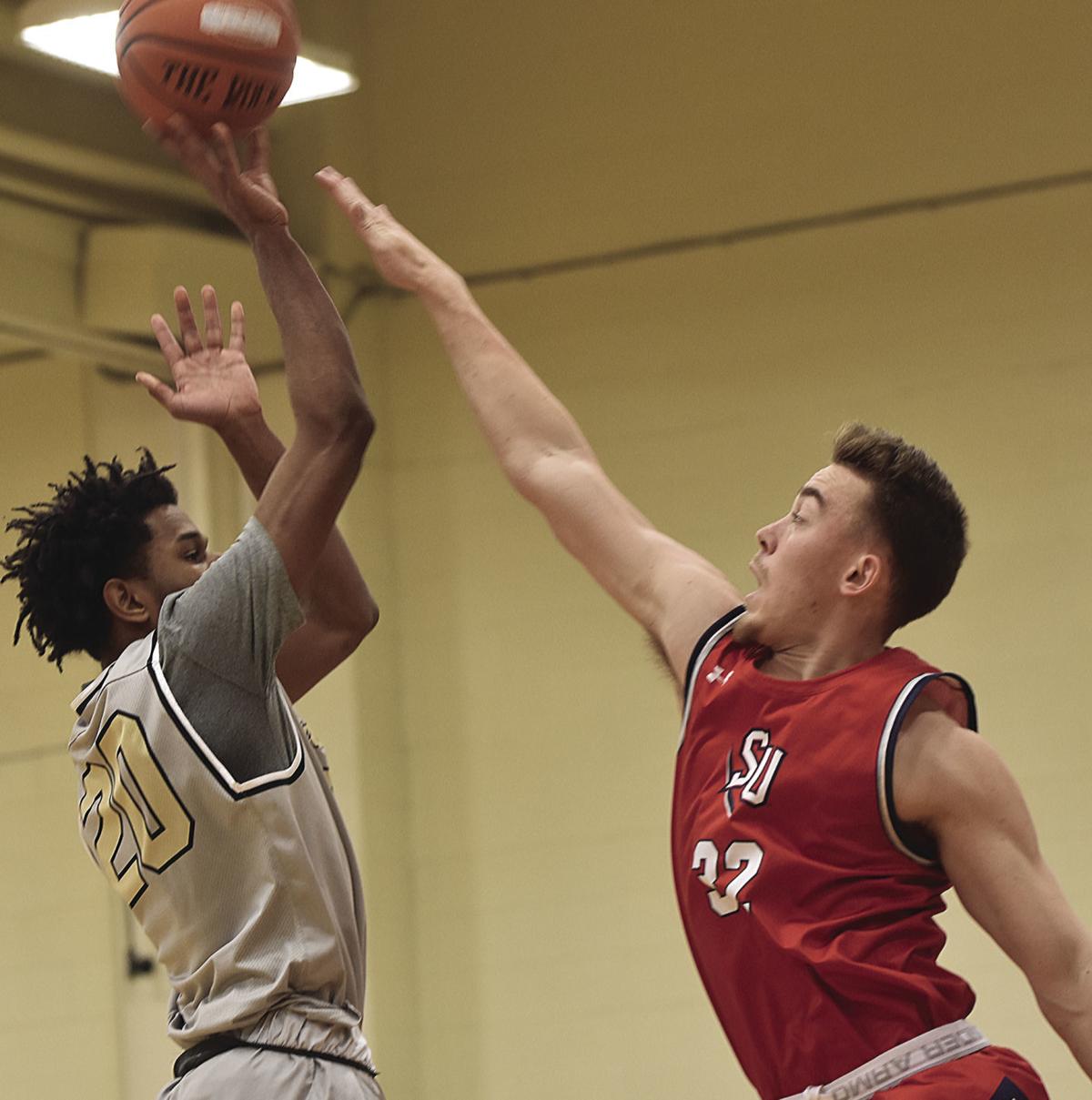 Marcus Plair (No. 20) fires a jump shot over a Shenandoah University defender.

Marcus Plair (No. 20) fires a jump shot over a Shenandoah University defender.

FERRUM — Maybe scoring 80 or more points is a good indicator that Ferrum College’s men’s basketball team has claimed a victory.

The Panthers are 4-1 this season in games when they’ve met or surpassed that mark.

Saturday, Ferrum scored 40 points in the first half and 45 after intermission for an 85-79 Old Dominion Athletic Conference (ODAC) men’s basketball victory over Shenandoah University at William P. Swartz Gymnasium.

Ferrum is averaging 69.4 points-a-game after 21 outings this season.

The Panthers (6-6 in the ODAC, 11-10 overall) squared their league record and took its overall mark past the .500 mark with the victory.

Senior Rashad Reed scored a game-best 30 points in leading the Panthers to the triumph. He made 9 of 12 shots from inside the 3-point arc.

Reed, who has tallied 30 or more points three times this season, ranks fifth in scoring in the ODAC with a 16. 4 average. He needs 20 points to reach the 1,200-point mark in career scoring.

Moments later, the Hornets converted two free throws to move in front by one, but their lead was short-lived as Nick Helton swished a 3-point field goal with 14:14 showing to return the advantage to the Panthers.

The count was even at 46 before James Smith Jr. hit two free throws to put Ferrum ahead for good.

The Hornets would mount a rally over the next three minutes that would end with the visitors trailing by two, 59-57. Then, the Panthers would score seven consecutive points to push the spread to nine points after two Reed free throws with 7:32 to play.

Then, Reed made his lone 3-pointer of the game and the last of Ferrum’s three treys of the second stanza with 2:26 to go. Helton was open for a lay-up underneath the basket, but he turned it down and delivered a pass to Reed in the corner for the long-distance make and a 77-70 edge.

The difference was 79-70 with 1:46 to play. Shenandoah got within five points three times in the last minute before falling by six.

Ferrum scored 10 of the game’s first 13 points, and produced a 7-0 run later in the first half.

Reed scored 22 points after halftime and secured eight rebounds, four in each half.

Shenandoah finished the game with 16 assists to 12 for Ferrum.

Points in the paint were even at 30.

The two teams combined for 94 points after intermission with the Hornets edging the Panthers, 49-45.

The Hornets placed five players in double figures. The quintet accounted for 66 points.

Kajuan Madden-McAfee scored 11 points and pulled down a game-best nine rebounds for Ferrum.

Shenandoah has surrendered 80 or more points eight times this season and is 1-7 in those games.