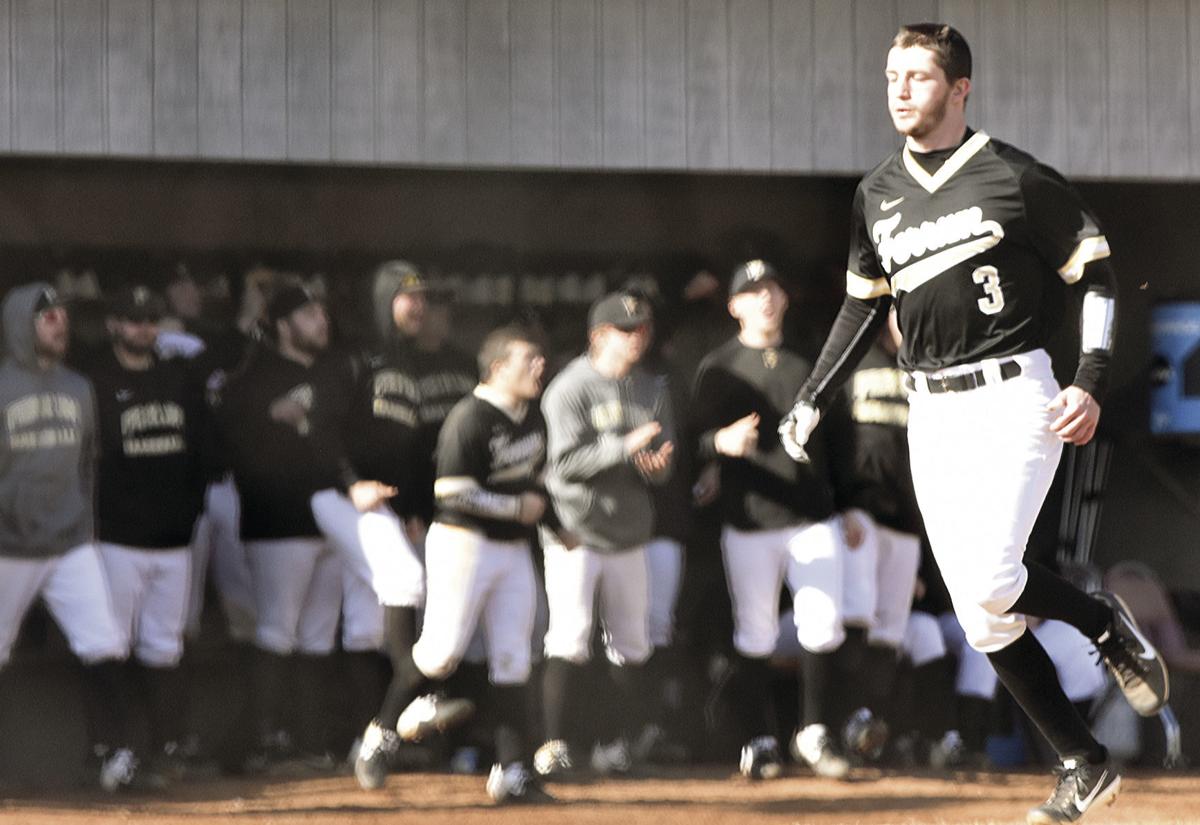 Ferrum College outfielder Grey Sherfey (No. 3) scores a run for the Panthers on a double to left centerfield by teammate Tim Ortega. 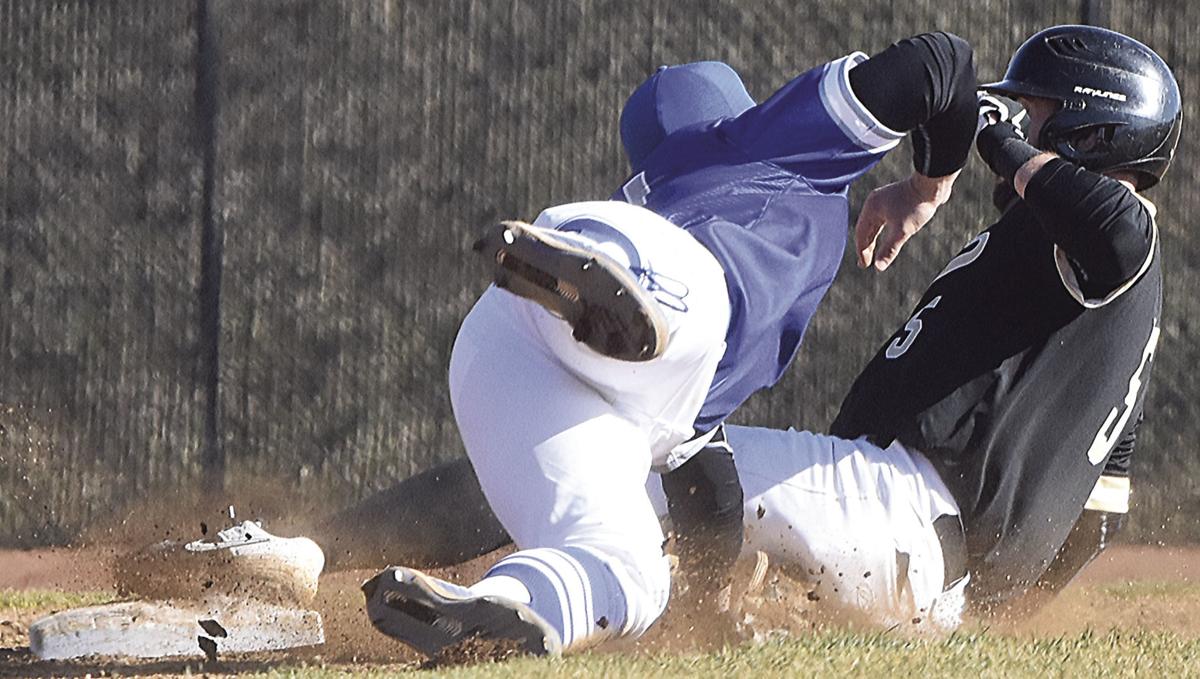 Ferrum College catcher Christian Campbell (No. 5) slides by a Christopher Newport University infielder and steals second base for the Panthers.

Ferrum College outfielder Grey Sherfey (No. 3) scores a run for the Panthers on a double to left centerfield by teammate Tim Ortega.

Ferrum College catcher Christian Campbell (No. 5) slides by a Christopher Newport University infielder and steals second base for the Panthers.

FERRUM — Ferrum College’s baseball team may have served notice this weekend that its preseason positioning in the Old Dominion Athletic Conference (ODAC) is much too low.

The Panthers, who were picked to finish seventh in the 12-team league in a vote of the conference’s head coaches earned a series split with national-ranked Christopher Newport University (CNU), winning Saturday’s first game 8-7 and falling 8-2 in Sunday’s finisher at W.B. Adams Field.

This year’s poll, released last week, was a close vote among the top seven teams as only 46 points separated Ferrum (1-1) from championship favorite Randolph-Macon College, which is two seasons removed from reaching the NCAA Division III College World Series.

In Saturday’s contest, the Panthers (1-1) rallied from a 3-0, first-inning deficit and held off a two-run rally by the Captains (1-1) in the top of the ninth.

Ferrum outhit CNU, 12-7, and won despite committing three errors as opposed to the Captains’ one.

“We didn’t play clean baseball, but we were greast at the most important thing — winning,’’ Panthers skipper Ryan Brittle said. “I’m proud of our guys and this is a really good, early-season win against a quality opponent.’’

The Panthers took a 4-3 lead after tallying four runs in the bottom of the third, and they broke a 4-4 stalemate by manufacturing a run in the last of the fourth.

The count was 6-4 Ferrum after a single-run sixth, 6-5 after CNU generated a run in their half of the seventh and 8-5 after Ferrum responnded with two runs in the bottom of the seventh.

Consecutive, two-out doubles in the top of the ninth enabled CNU to rally before Ferrum closer Sam McLaughlin retired the side to earn his first save of the season.

The doubles by Michael Martorano and Brayden Hodged were the Captains’ only extra base hits.

Ferrum got a double from Connor Dopp and a home run from Isaac Yearman. The duo was 4 for 9 at the plate and Dopp scored twice.

Veteran outfielder Grey Sherfey was 4 of 5 with four RBIs and Josh Greenway was 2 of 5 with two RBIs.

Alec Reilly was 1 of 1 with two RBIs, two runs and drew four walks for CNU.

Carlton Redd (1-0) took the mound in relief of Ferrum starter Drew Calohan and earned the victory, while Captains starter Josh Husby (0-1) was tagged with the loss.

Sunday, CNU turned a one-run lead into a six-run triumph by scoring five runs in the top of the seventh.

Trey Hicks and Martorano each belted a double for the Captains, while first baseman Tim Ortega was 3 of 4 with a double, a home run and two RBIs to lead the Panthers.

CNU led 3-0 after 2 1/2 frames before Ortega, a senior, answered with a solo homer in the last of the third.

Ortega’s double in the bottom of the fifth brought Sherfey home with the Panthers’ final run to make the count 3-2.

“It was a cleaner baseball game (Sunday),’’ said Brittle referencing the fact that neither team committed a defensive blunder. “We competed well, but came up on the short end.’’

Reliever Nathan Clements (1-0) worked 1 1/3 innings for the win. He surrendered two hits, a walk and a run that was earned, while striking out one.

Ferrum starter Will Davis (0-1) absorbed the loss. He yielded four hits, five walks and three earned runs in 4 1/3 frames. He struck out six.

The Panthers are scheduled to compete in the Rawlings Southern Classic in Atlanta, Ga. Friday through Sunday, Feb. 14-16. Oglethorpe University is hosting the event.

“I’m looking forward to the trip to Atlanta (this weekend),’’ Brittle said.