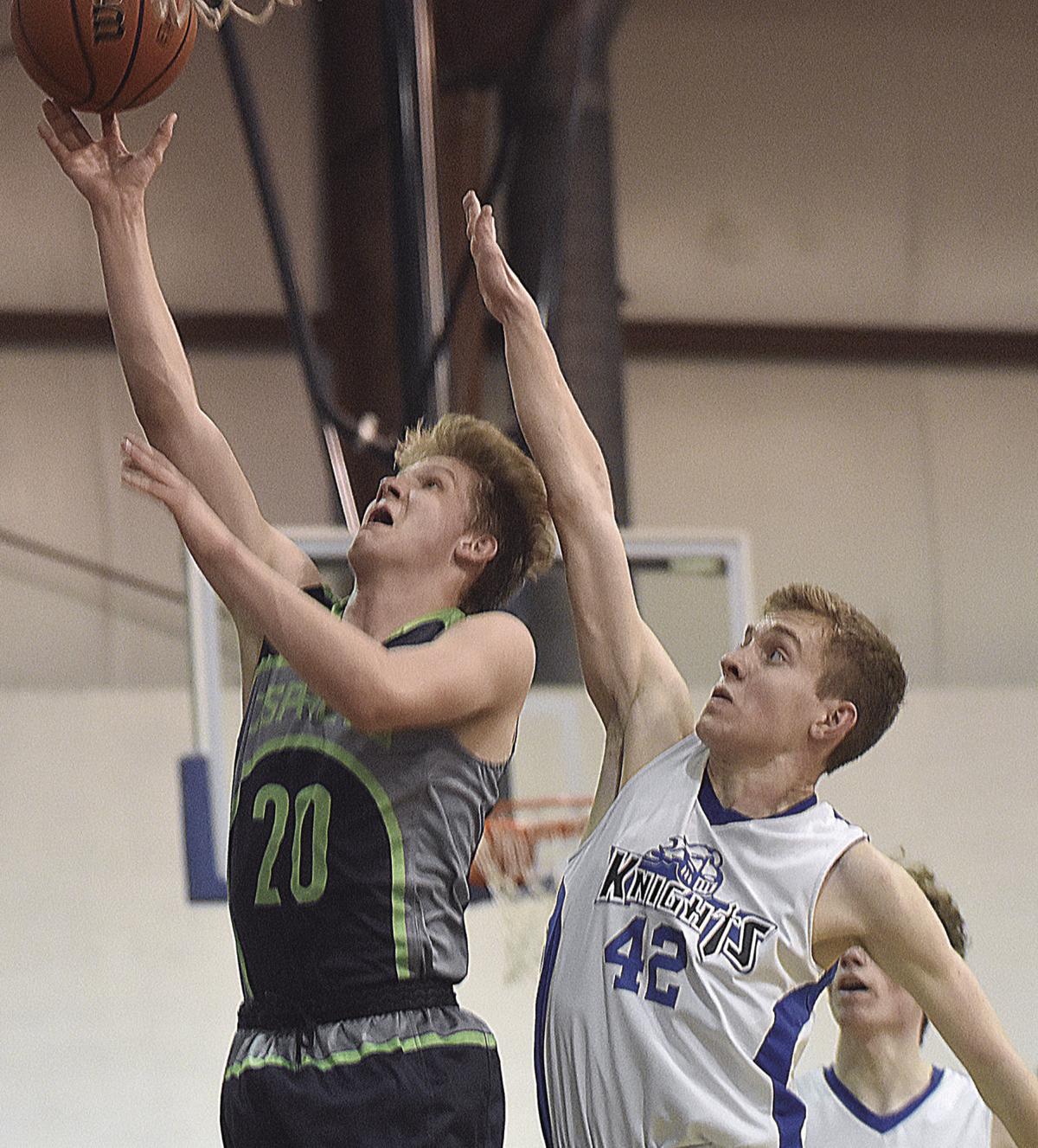 Christian Heritage Academy’s Ethan Craig (No. 42) tries to prevent Smith Mountain Lake Christian Academy’s Taylor Bryan (No. 20) from converting a lay-up during the first half of the Ospreys’ 64-40 non-district boys varsity basketball win over the Knights. 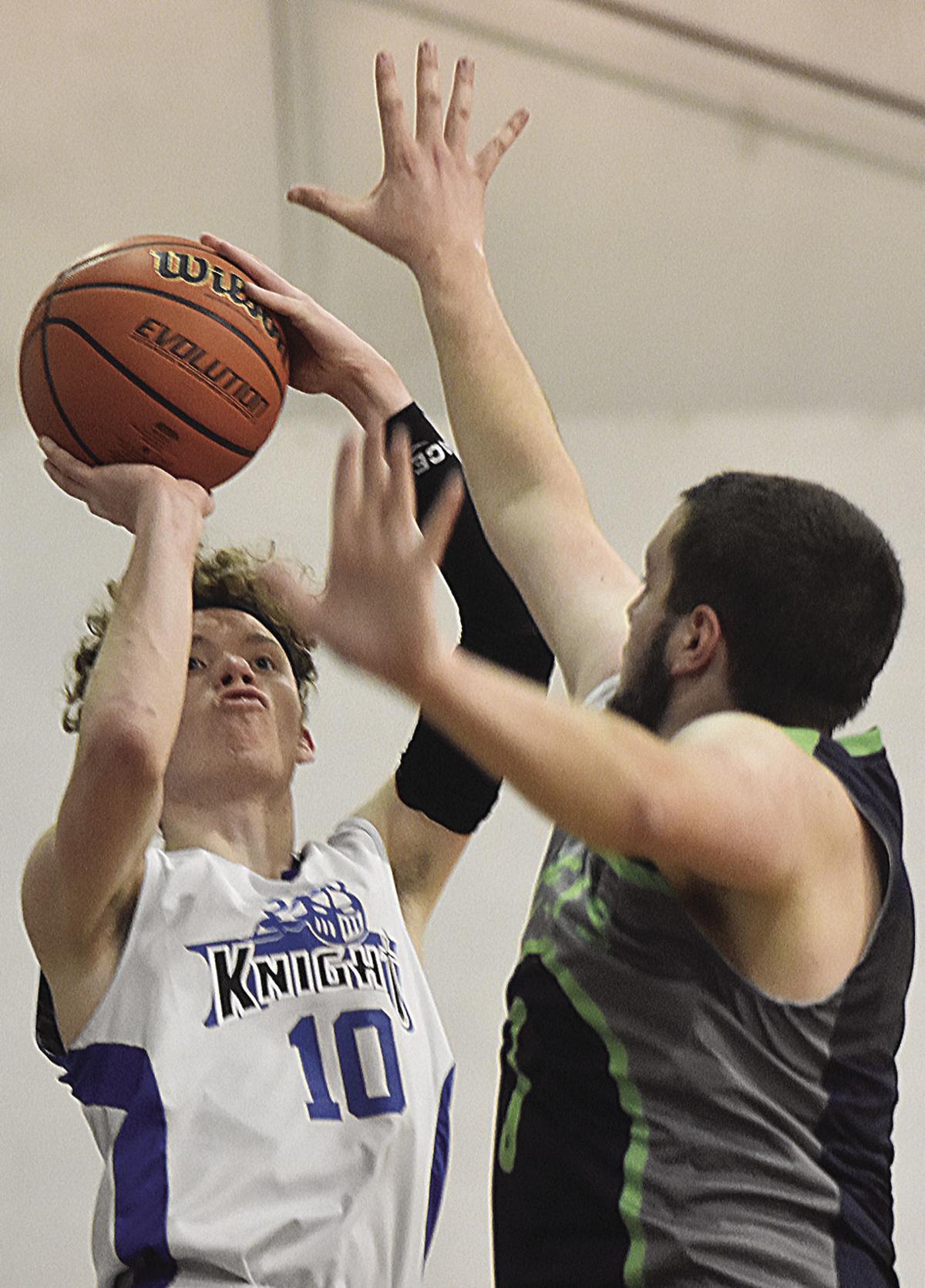 Christian Heritage Academy’s Ethan Craig (No. 42) tries to prevent Smith Mountain Lake Christian Academy’s Taylor Bryan (No. 20) from converting a lay-up during the first half of the Ospreys’ 64-40 non-district boys varsity basketball win over the Knights.

The Ospreys’ victory is their second this season over the Knights.

The Ospreys, who compete in the Southwest Division of the Virginia Association of Christian Athletics (VACA), led by six points, 15-9, after the first quarter.

The Knights (3-13), who compete in the Southeast District of the VACA, squared the count at 25 by winning the second stanza, 16-10.

Ethan Craig led CHA with a game-best 18 points, while Evan Lawrence tallied 16. Both are sophomores.

Luke Divers, a sophomore, and Austin Spence, a junior, each scored three.

Mason Neighbors paced a quartet of double-figure scorers for the Ospreys with 16 points.

Thomas Dean, a senior who has scored more than 900 points in his career, finished with 11 points, while Sam Smith and Colby Stephenson each collected 10.

Three other players contributed 17 points to the victory.

Stephenson made two 3-pointers and Dean hit one.