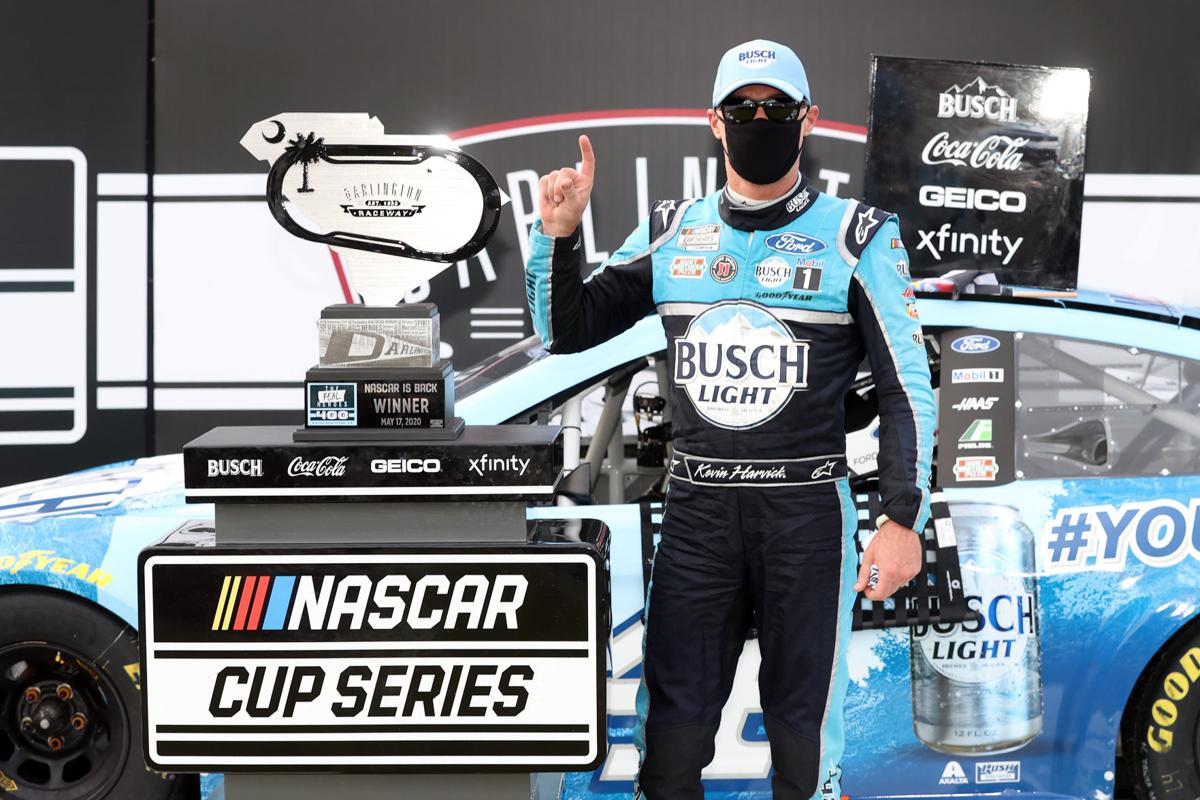 Kevin Harvick, driver of the #4 Busch Light YOURFACEHERE Ford, celebrates in victory lane after winning the NASCAR Cup Series The Real Heroes 400 at Darlington Raceway on May 17 in Darlington, South Carolina. NASCAR resumed the season after the nationwide lockdown due to the ongoing coronavirus COVID-19. 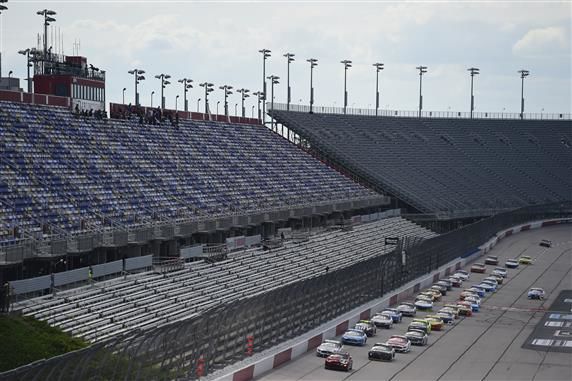 NASCAR racing returned to “The track too tough to tame” with no fans Sunday.

Kevin Harvick, driver of the #4 Busch Light YOURFACEHERE Ford, celebrates in victory lane after winning the NASCAR Cup Series The Real Heroes 400 at Darlington Raceway on May 17 in Darlington, South Carolina. NASCAR resumed the season after the nationwide lockdown due to the ongoing coronavirus COVID-19.

NASCAR racing returned to “The track too tough to tame” with no fans Sunday.

One of the most jarring images from Sunday’s NASCAR Cup Series race at Darlington Raceway came right before the start.

Drivers stood alone next to their cars at the South Carolina track, masks covering their faces, as they listened to the national anthem that was being piped in over the loudspeakers, with Darius Rucker singing from his home several hundred miles away.

Once the race started, it felt like any other race. In a sport where the roar of engines is often the most dominant on the senses, it was nice to hear that sound again, even if there was no roar of fans underneath it all.

Sunday’s was the first race back in two months after NASCAR shut the season down in March due to the coronavirus pandemic. Racing was the first sport to attempt a comeback, one that is made easier than in other leagues by the fact NASCAR only has to travel once a week, with everyone going to the same place. Baseball, basketball, and hockey aren’t afforded that luxury, and it will take time before other sports are able to figure out how to make a season work.

While getting the chance to sit down and enjoy a live sporting event was a welcome sight on Sunday, there were still subtle reminders that as much as NASCAR and the rest of the sports world wants to return to normal, we’re still far from it. The drivers’ spotters — crew members typically huddled tightly next to one another from the roofs at the track as they convey bird’s-eye info to the driver’s via radio — stood 6-10 feet apart at the top of the empty stands where fans would normally be sitting. The only print reporters in attendance – four in total — were confined to the press box high above the action. The commentators were watching on TV, just like the rest of us, and calling the action from Charlotte, North Carolina.

When it was all said and done, Kevin Harvick stood alone on a platform in victory lane, wearing a mask while posing next to the winner’s trophy.

What NASCAR did right was not try to make Sunday’s race feel normal, but instead showing that for now this is our new normal. Empty stadiums, masks worn at all times, separate but still working together.

NASCAR has announced the location and dates for the next eight races through June 21, including a trip to Martinsville Speedway on June 10. All of the announced races will be much like Sundays, with no fans in attendance and strict social-distancing and safety practices in place. It may seem weird, but it’s necessary. If any of the 900 essential people allowed inside the gates at Darlington Sunday were to come down with COVID-19 it would likely mean another work stoppage (not to mention what that would mean for the person who is sick and those who were exposed to the virus).

Was Sunday a normal Sunday for race fans? No. But it was close enough, and something we’ll have to come to terms with. At the end of the day, the roar of the engines on the track is enough to feel as close to normal as possible right now.