Kyle Dudley (No. 4) is a past Late Model Stock Car winner and series champion at Franklin County Speedway.in Callaway. 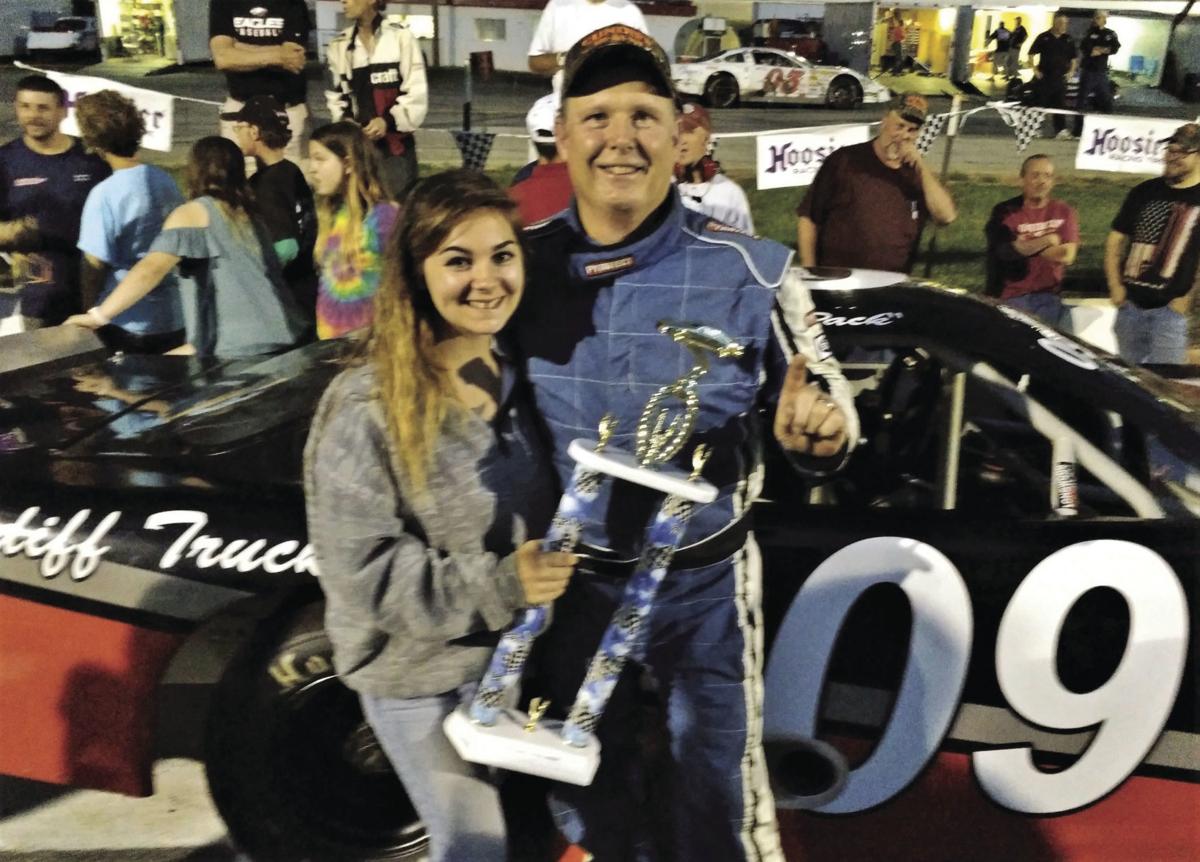 Kyle Dudley (No. 4) is a past Late Model Stock Car winner and series champion at Franklin County Speedway.in Callaway.

CALLAWAY — Moonshine Capital Promotions, which managed Franklin County Speedway (FCS) during parts of four seasons (2013, 2014, 2016 and 2017) is returning to the Callaway bullring next month to promote the Southen Turkey Derby.

Two days of racing begins with an open practice Saturday, November 23rd, and ends with five feature races on Sunday, November 24. The card takes the green flag at 2 p.m.

The promotion group, which is operated by Langley and Kimberly Austin, plans to promote this race and this race only, Langley Austin said in prepared statement regarding the event.

The Austins also own and operate the website race22.com. Langley Austin is a reporter for the site.

Austin said he “wanted to run an event (at FCS) because it’s been a while since the track has had this kind of show.

“…I think probably June 2017 at our last event was the last time an event of this size was held (at FCS). The racers want it and the fans want it,’’ Austin said. “I hear from them when I’m out at another track and on (social media) all the time.’’

There is an active site on Facebook called Franklin County Speedway Memories where pictures from the track’s days of yore and of its most famous campaigners are posted.

“We want to do something that brings drivers and fans back (to FCS) to enjoy one of the best short tracks in America in my opinion,’’ Austin said.

Feature races are planned for the NSACAR-style Late Model Stock Cars and Mod-4, Stock-4 and U-Car divisions. Also a race for either Any Cars or a destruction-type division is planned for the finale.

“Details on the destruction-type division will be announced at a later time,’’ Austin said, “but I wanted to get this out there as soon as possible. We are also open to the possibility of another division being added.’’

“We wanted to do an October 13 event, but we couldn’t get all of our ducks in a row. It seemed as if everything was working against us to make that date work,’’ Austin said.

“We looked a doing October 27, but the NASCAR Cup (Series) races at Martinsville that day and we didn’t want to go up against that,’’ Austin said.

Now, Moonshine Capital Promotions has more than a month to help whet the appetites of local race fans for action at FCS.

“I wanted to get this information out there as soon as possible to let drivers get their cars ready and let fans know that a big event will take place at Franklin County (Speedway) this season,’’ Austin said.

“This is going to be the big event of the year for this region,’’ Austin said. “It was great to have Motor Mile Speedway open this year for the drivers and fans, but after the Martinsville Late Model Stock Car race (set for Saturday night), this region has nothing for the die-hard drivers, teams and fans.

“We’d like to make this an annual event and something we can really build on. It all starts with this one and see do with it,’’ Austin said.

Details on the race such as purses and laps are expected to be announced next week.

Austin said he has not promoted a race in 2 1/2 years.

“It’s going to take me a couple of weeks to get back in the swing of things, but (you can) expect to see a lot of promotion for this event,’’ Austin said.

“Promoting is what I love to do. I’m going to work really hard at making this the type of event that every fan wants to watch and every driver wants to say they’re a part of,’’ Austin said.

“Since putting the word out that we were looking to do a race (at FCS), we’ve had a lot of drivers reach out to us. I think it could be one of the biggest car counts we’ve had for any event there. The local racers are hungry to get back (to FCS) and the fans are hungry to see a good race there,’’ Austin said.

“This isn’t something you can just flip a switch on and go do. We’re going to build a website net week and we’re getting our old Facebook page back up and running,’’ Austin said. “We’re going to be changing out signs at the track and along (U.S.) 220 in Roanoke. We’re going to put up flyers, do radio commercials, whatever it takes to get the word out.

It’s going to a challenge, but we’ve done this twice already and made a splash. There is no reason why this race won’t be a huge success,’’ Austin said.