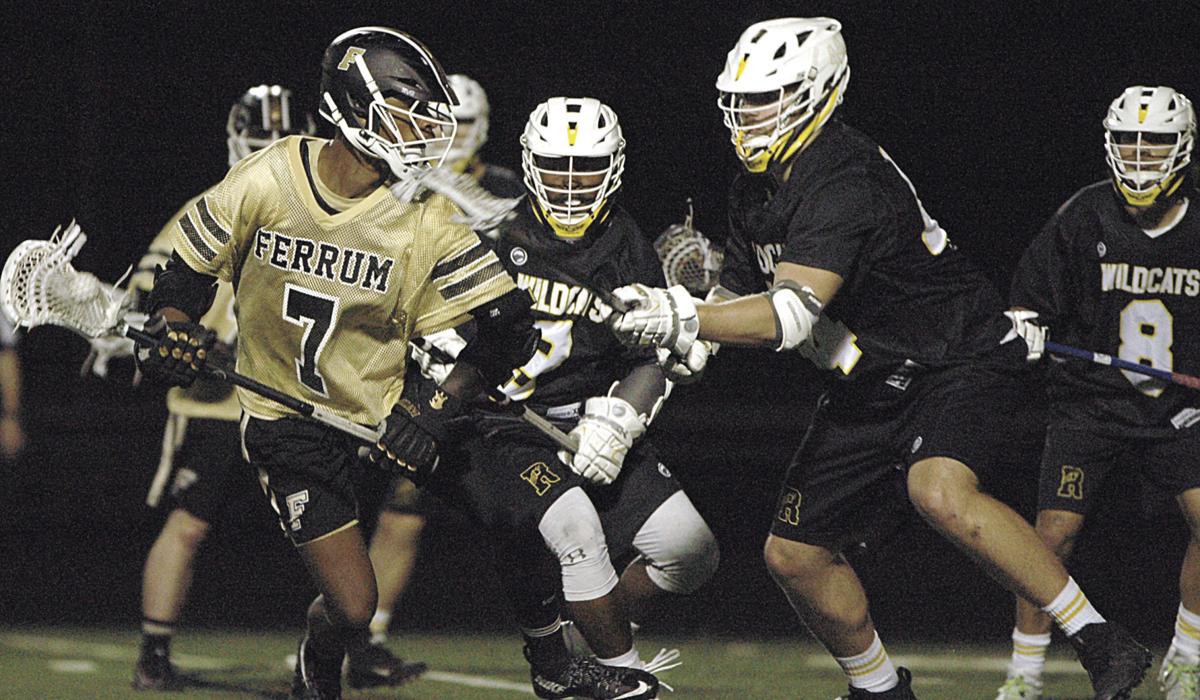 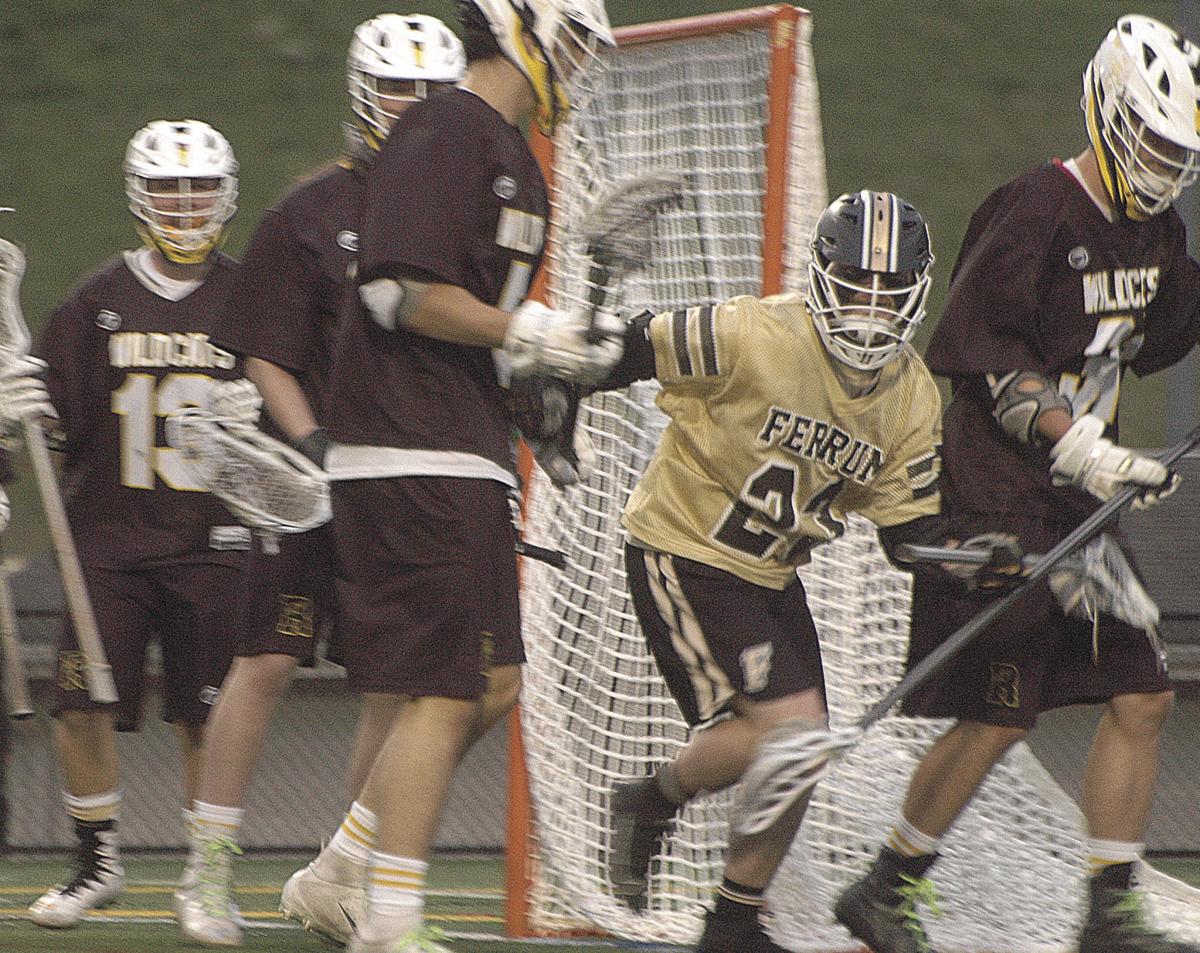 Ferrum College’s Jack Sheehan (No. 23) sprints away from the goal and towards the sideline after scoring for the Panthers in the second quarter.

Ferrum College’s Jack Sheehan (No. 23) sprints away from the goal and towards the sideline after scoring for the Panthers in the second quarter.

FERRUM — Even a Randolph College player with a blue-blood, royal name could not stop Ferrum College’s men’s lacrosse team from writing a new narrative to its 2019 campaign in its final appearance at W.B. Adams Stadium this season Wednesday night.

The Panthers netted seven of the match’s first nine goals and thwarted a Randolph comeback with a five-goal surge that began with 3 1/2 minutes left in the third quarter for a 15-9 Old Dominion Athletic Conference (ODAC) victory.

The win is Ferrum’s first in league play in its inaugural ODAC campaign and it erases several other negative facts from its seasonal ledger.

Ferrum’s seven-match losing streak, a season-worst, is over.

Ferrum’s 10-match losing skid at Adams Stadium, one that began last year with three straight setbacks, is over.

The Panthers (1-7 in the ODAC, 2-13 overall) netted the match’s first three goals and was ahead 6-2 at the conclusion of the initial period of play.

The spread reached five goals twice in the second stanza — 7-2 and 9-4 — as each team scored three tallies in the quarter.

Randolph’s ninth and last goal came with the visitors down a man because of a penalty.

The Panthers responded with five consecutive goals, a surge that ended with 4:24 left in the match to claim their second win of the season. Four players accounted for those goals and three were unassisted.

Randoph’s Price Charles finished the match with two goals, while claiming possession of a match-best 10 ground balls and winning 18 faceoffs.

But, Charles was not his team’s top scorer.

That honor went to Brett Pausic who netted five goals. Tyler Johnson and Sean Landis each scored one.

Five players each passed out one assist.

Mackoy Bodmer, Ferrum’s leading goal scorer, netted four, while Jacob Boswell and Jack Sheehan each tallied two and Cam Steeley and Michael Paolicelli each had one.

Bodmer finished the match with two assists, while Boswell and Carney each distributed one.

Randolph was 0 of 5 in man-up scoring chances, while Ferrum was 1 of 8.