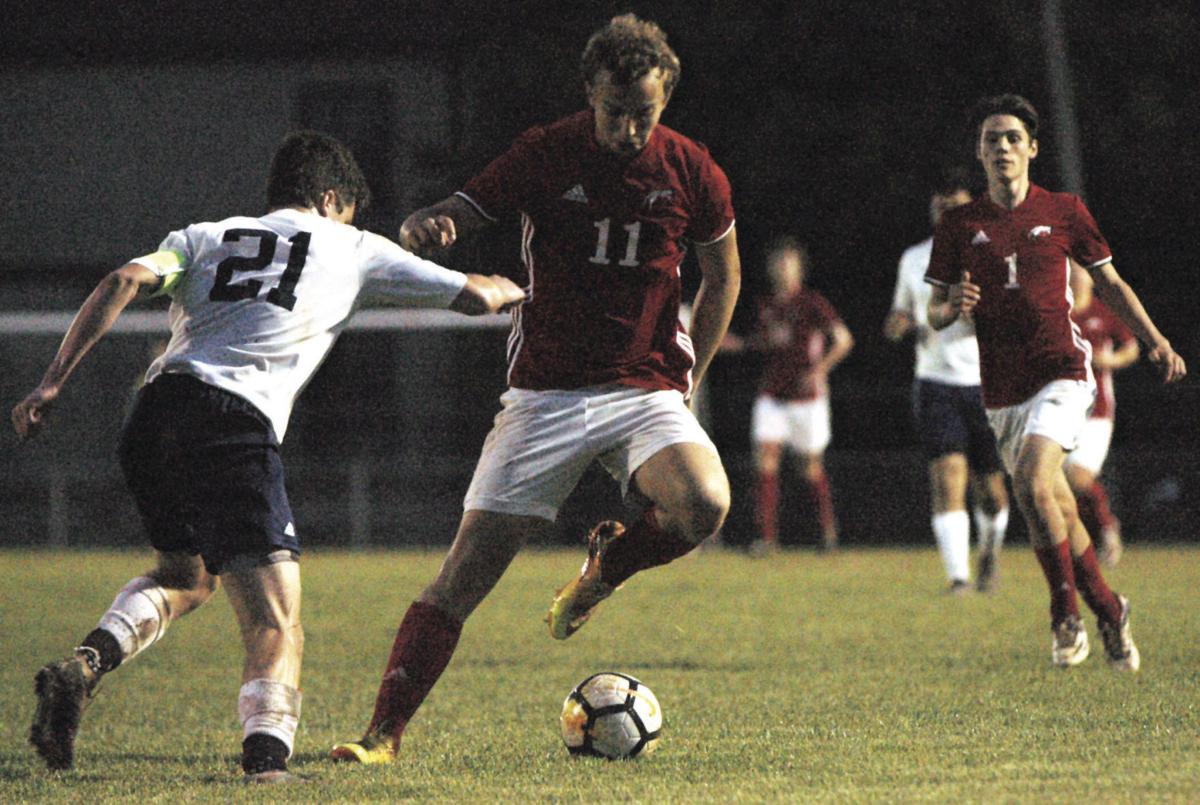 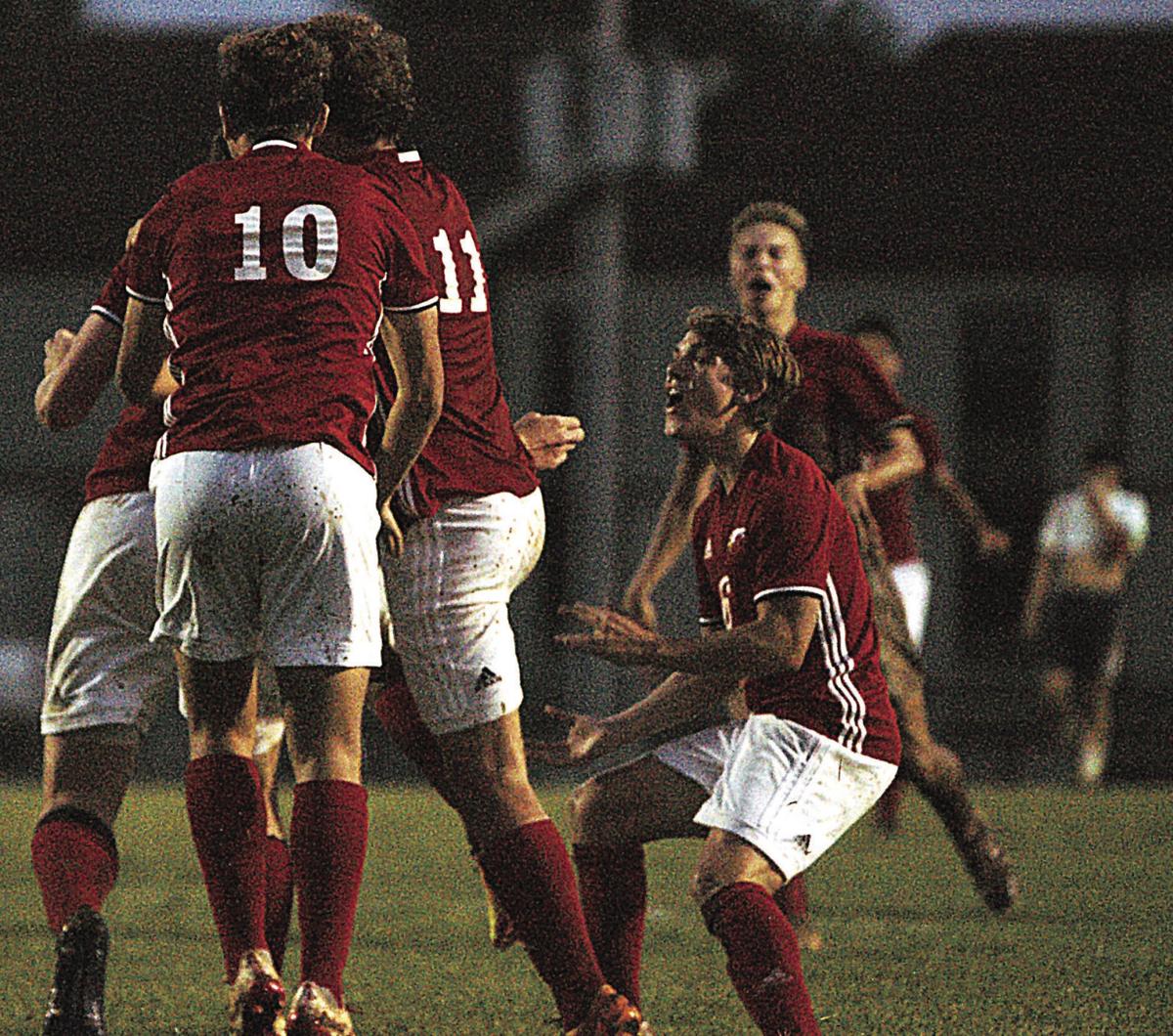 Franklin County netted all of its goals in the closing 15 minutes of the match Tuesday in a 3-0 shut-out triumph over Magna Vista in a Piedmont District boys varsity soccer match at C.I. (Cy) Dillon Stadium-Fred M. Brown Memorial Field.

With the win, the Eagles (5-2-2 in the Piedmont District, 5-8-2 overall), who celebrated Senior Night, avenge a 3-0 shut-out defeat they suffered to the Warriors last week in Ridgeway.

Tuesday’s victory proved to be a six-goal turnaround for FCHS who had lost in overtime to Lord Botetourt at Dillon Stadium the previous evening.

Luke Dawson netted what proved to be the match-winning goal with 15 minutes to play when he found the back of the net courtesy of a Gavin Beckner assist.

Moments later, the Warriors were called for a hand ball in the scoring area and the Eagles were awarded penalty-kick try.

Graham Law completed the shutout when he scored off a Beckner assist with four minutes remaining.

Tyree finished the match with 18 saves.

The Eagles and the Warriors were tied at 1 after 33 minutes of play.

FCHS (8-1 in the Piedmont, 11-4 overall) took the lead for good when Jullian Nichols found the back of the net in the 44th minute. His tally was unassisted.

In the 53rd minute, the Eagles finished the scoring when Jesus Gonzales dissected Magna Vista’s goal with a shot that was set up by a Jordan Hering assist.

Hering scored the Eagles’ first goal in the 13th minute off an assist from Nichols.

RIDGEWAY- Franklin County scored all of its goals in the opening half Tuesday for a 3-0 Piedmont District girls varsity soccer triumph over Magna Vista.

FCHS extended its winning streak to a 11 matches with its second shut-out victory over Magna Vista this season.

One night after witnessing the end of a nine-match winning streak, the Eagles (9-0 in the Piedmont District, 10-5 overall) earned their ninth shut-out win of the season, all in league play.

On Monday, FCHS dropped a 4-0 non-district decision to Lord Botetourt, its second loss to the Cavaliers this season.

Four of FCHS’s five losses are by shutout.