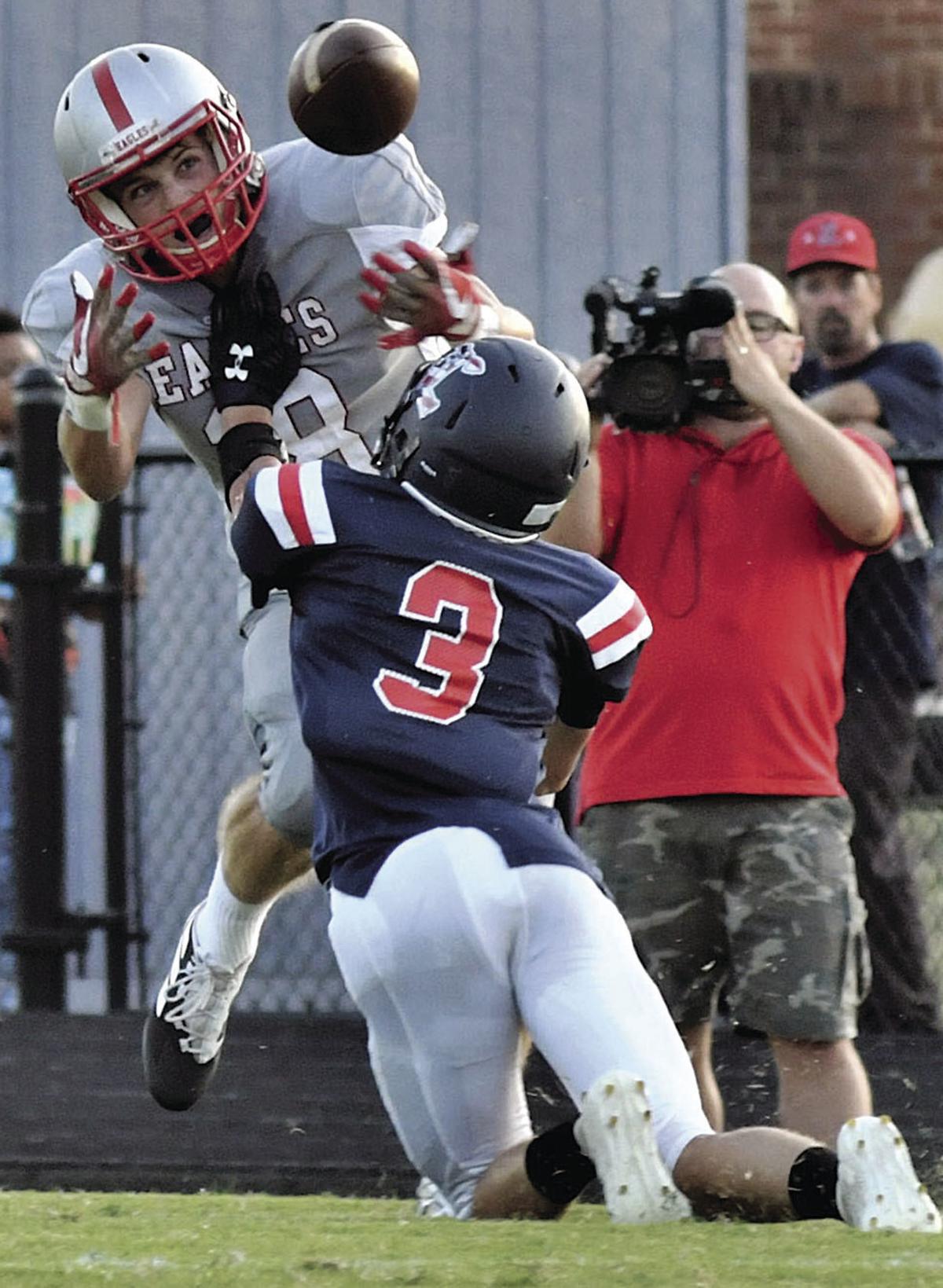 This four-photo series depicts a frame-by-frame look at Garrett Garman’s circus-like catch against man coverage near Liberty-Bedford’s sideline that resulted in a 69-yard touchdown hook-up between Garman and FCHS quarterback Joshua Luckett during a 21-point second stanza in last week’s 28-0 shut-out win. 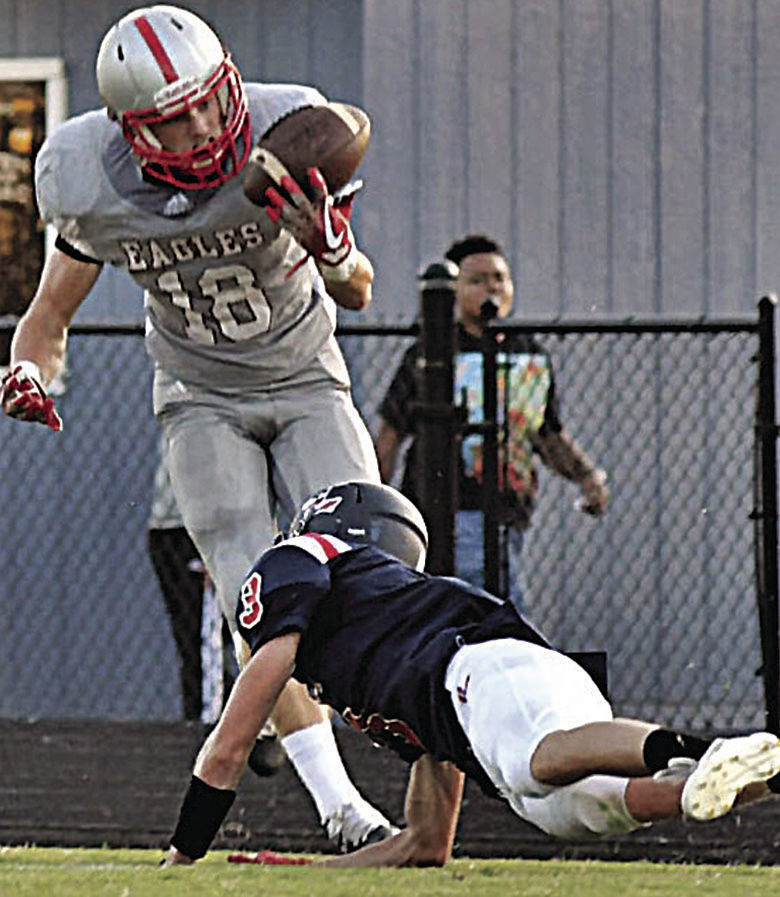 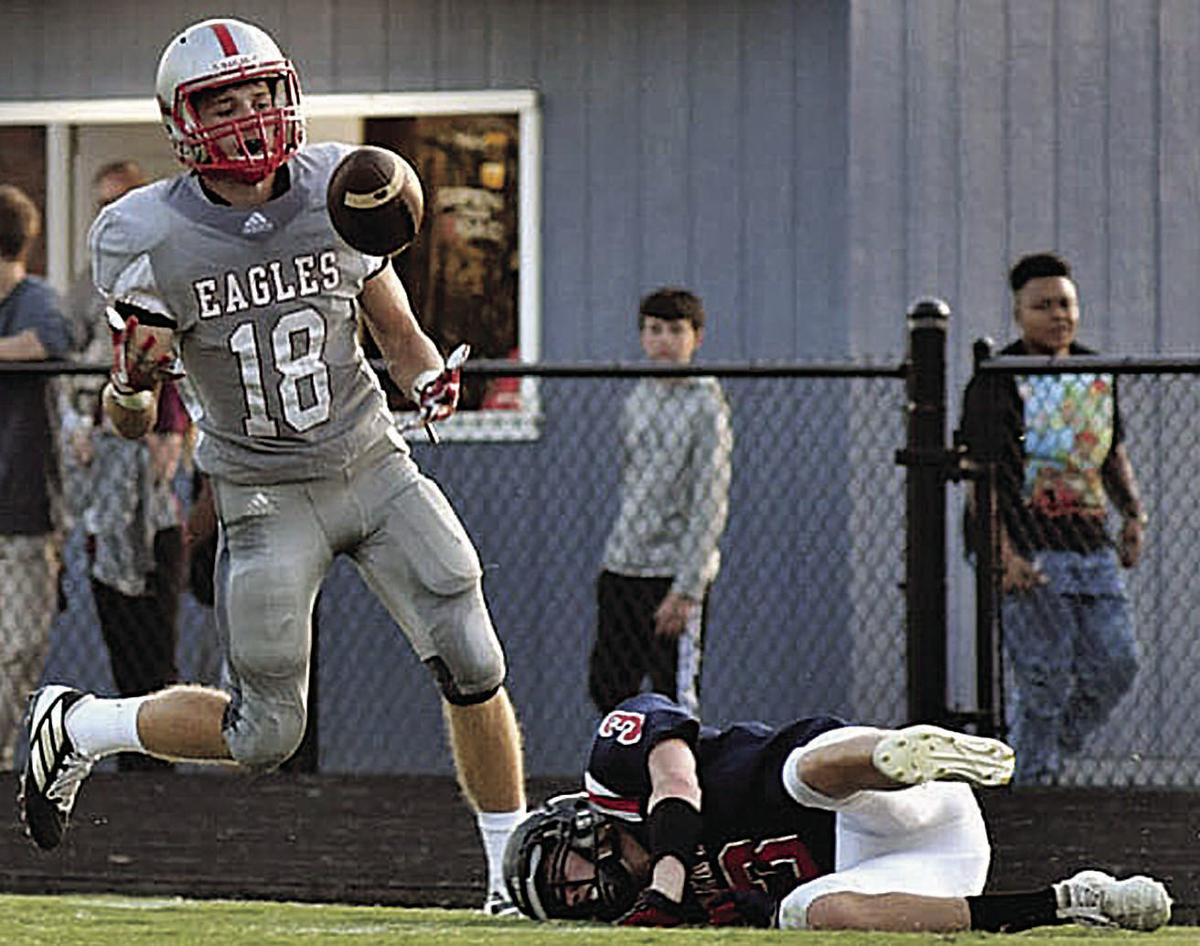 This four-photo series depicts a frame-by-frame look at Garrett Garman’s circus-like catch against man coverage near Liberty-Bedford’s sideline that resulted in a 69-yard touchdown hook-up between Garman and FCHS quarterback Joshua Luckett during a 21-point second stanza in last week’s 28-0 shut-out win.

The only blemish in the Eagles’ last four games is a loss to Colonial Forge in the second round of last year’s playoffs.

FCHS has scored 62 points in its three shutouts 20 versus Tunstall, 14 versus Clover Hill in a playoff win and 28 in last week’s season-opening victory over Liberty Bedford, its first season-opening triumph since 2016.

Salem (1-0) is a week removed from a 48-20 victory over Amherst County in the head coaching debut of Don Holter.

Holter is a former FCHS assistant coach during Billy Miles’ head coaching tenure. The Eagles have competed against Holter during his terms as an assistant at William Fleming and Salem.

The Spartans led last week’s contest 48-6 at one point.

Salem produced 486 yards of offense and held Amherst to 150 yards.

Quarterback Hunter Chaney completed 8 of 13 passes for 229 yards. Receiver Shawn Collins caught three passes, two of which were for touchdowns, for 128 yards. Running back Isaiah Persinger rushed for 160 yards on 13 totes.

Salem, which defeated FCHS 17-3 last year, leads a 21-game series 17-4. The games include match-ups when the two schools were rivals in the old Roanoke Valley District.

Persinger ran for both TDs and totaled 133 offensive yards.

FCHS ends a four-game road swing tonight; it made preseason visits to Bassett and Patrick Henry and was Liberty’s first 2019 home foe.