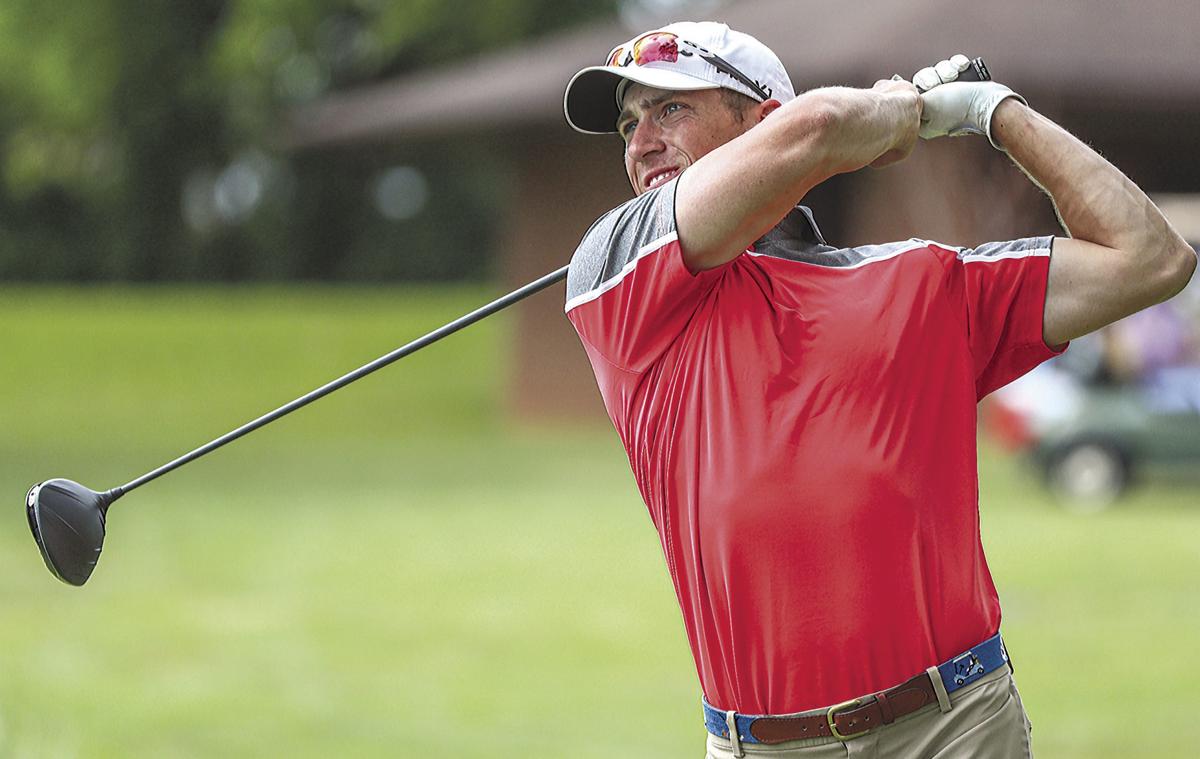 John Hatcher Ferguson executes his drive from the 12th tee at Roanoke Country Club during the final round of the 2020 Roanoke Valley Golf Hall of Fame men’s championship Sunday. 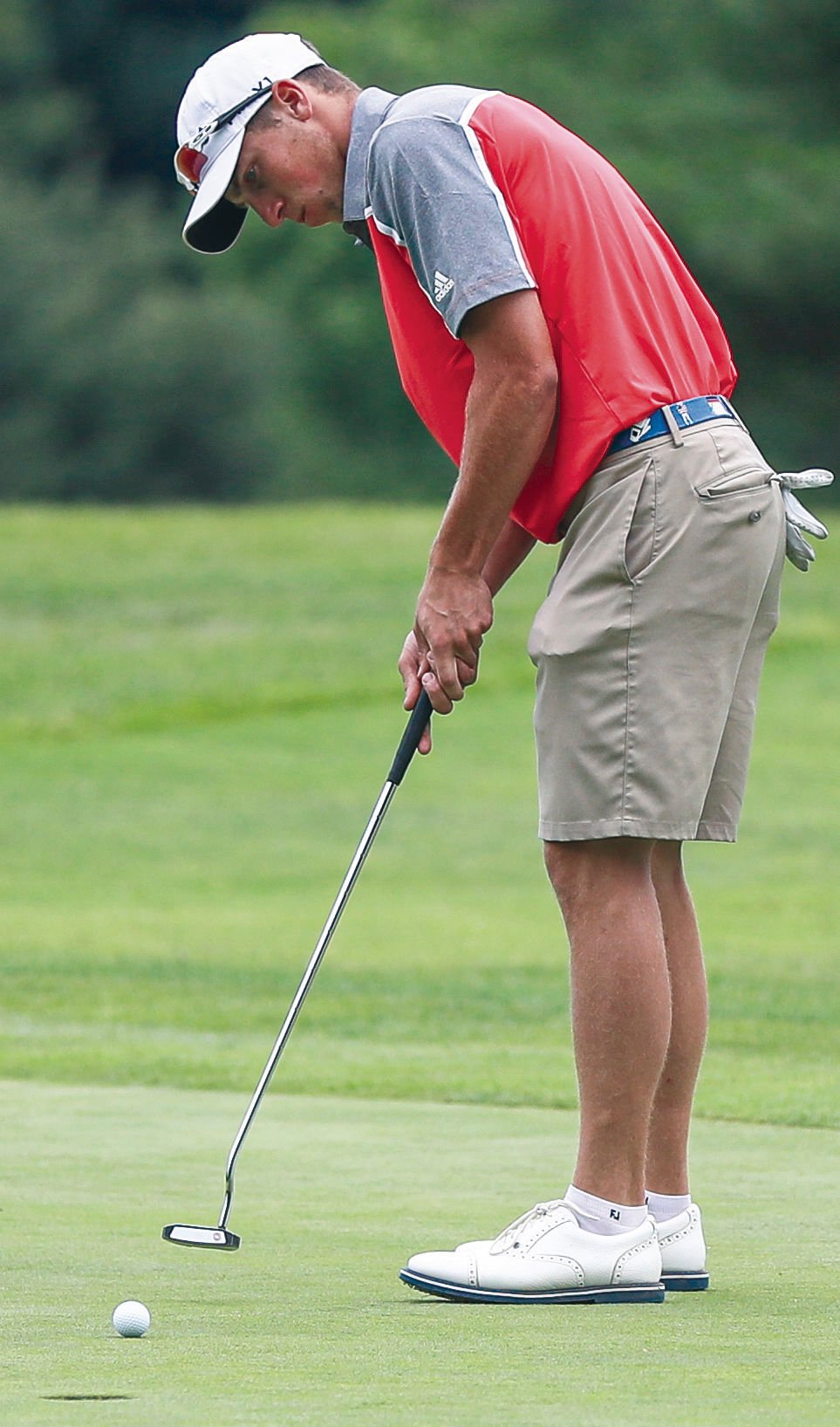 John Hatcher Ferguson watches as his ball rolls toward the hole during play in Sunday’s final round. 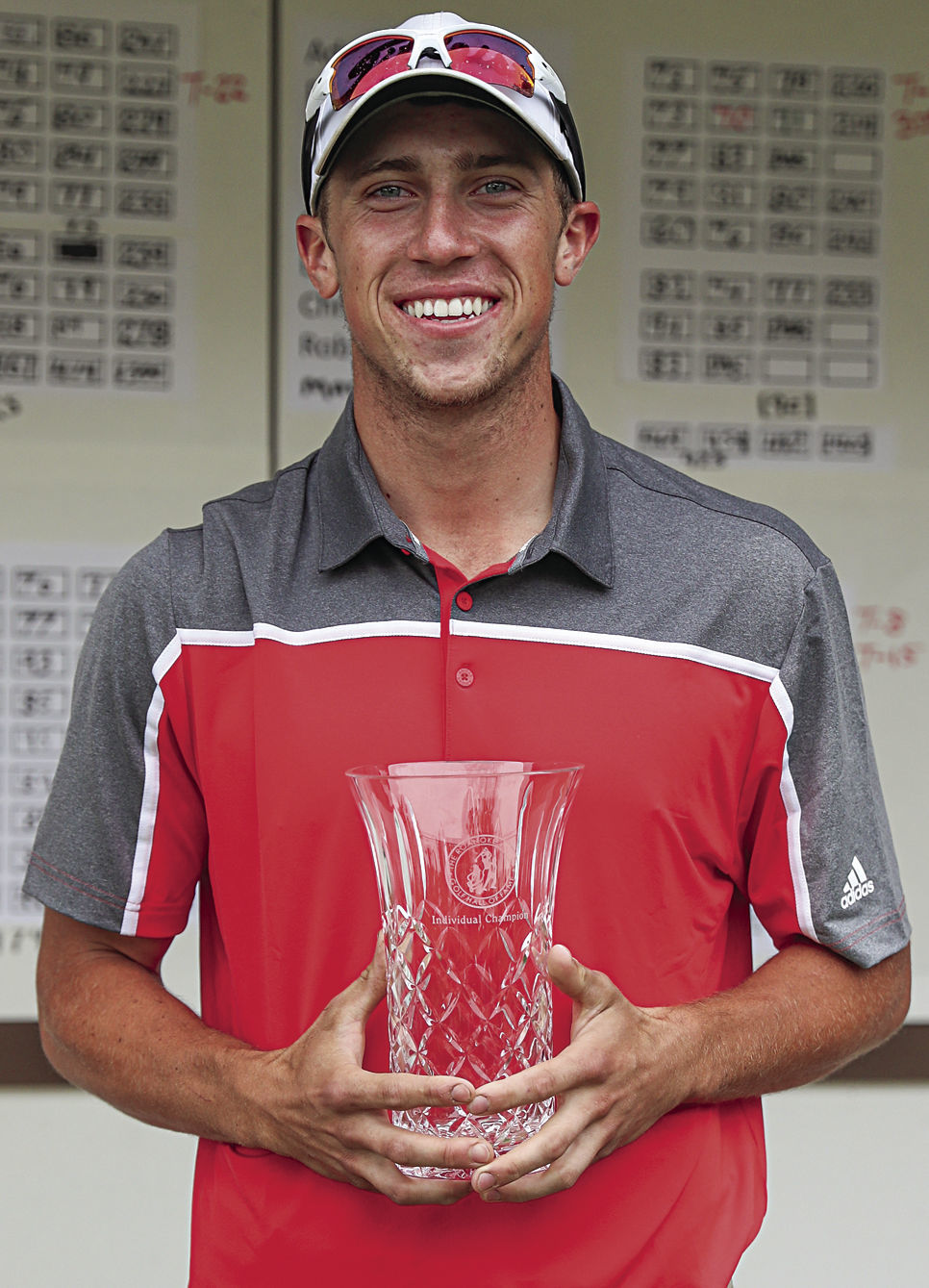 John Hatcher Ferguson executes his drive from the 12th tee at Roanoke Country Club during the final round of the 2020 Roanoke Valley Golf Hall of Fame men’s championship Sunday.

John Hatcher Ferguson watches as his ball rolls toward the hole during play in Sunday’s final round.

ROANOKE - When asked about John Hatcher Ferguson during Sunday’s final round of the Roanoke Valley Golf Hall of Fame men’s championship at Roanoke Country Club, former Hampden-Sydney head golf coach John Prengaman was asked for his thoughts on the rising junior from Franklin County.

“If there’s a better [Division III] player in the country right now, I don’t know who it is,”said Prengaman about Ferguson who was a standout for the Tigers from the moment he enrolled two years ago.

On cue, Ferguson came through with additional evidence that his game carries a lot of serious goods.

Fueled by six birdies and a one-hop hole-out for an eagle-2 from 121 yards on the par-4 10th hole, Ferguson fired a 3-under-par 68 to race to an eight-stroke victory over runner-up Aaron Summers of Blacksburg Country Club.

“This is called a Valley major and that stuff means something to me,” said Ferguson, who canned 20 birdies in the 54-hole event. “This is something that I’ve been eyeing for a long time and it’s a big deal.

“[The eagle] definitely jump-started me on the back nine cause I ended up going 4 under on the back nine. That kind of set me off because Paul [Powell] was making a good push and Aaron was always right there.

“I’m sitting here thinking these guys are making four or five birdies a nine and I’ve got to play. I mean four shots doesn’t mean anything.

Summers, the leader after a first-round 67 at Botetourt Golf and Swim Club, was the only other player to finish in red numbers at 2-under 212.

“I don’t know how close it actually got but it was never within probably five, and [Ferguson] just never made a mistake coming in and he birdied the last two holes,” said Summers, a former mini-tour pro.”

Hanging Rock’s Paul Powell fired a 71 to hang with the two leaders in the final group and took third (214).

Like Ferguson, several of his teammates on The Westlake squad are former Franklin County prep golfers.

“My teammates couldn’t have been better,” Ferguson said of his lively clubmates. ”Those guys are always encouraging. (Rodney) ‘Hot Rod’ Jones (a former Ferrum College player) is the team spokesman, the team vice-captain and he got us all fired up. Kind of the gist of it was him pushing me to play my best and focus on myself and play my game, and hopefully when it’s all said and done it’s good enough to win.

“It’s definitely a different group of golfers coming from Westlake than you see on a lot of clubs. It’s guys who are working 50 or 60 hours a week. Maybe they don’t necessarily play at all the tournaments that some clubs play in. But these guys are great golfers and they’re great athletes. And they’re awesome to hang out with. You’re not going to find a more fun group of guys,’’ Ferguson said.

Carson Moore of Boones Mill, who is in Franklin County’s golf program (he is a rising eighth grader at Benjamin Franklin Middle School), played for Roanoke Country Club and posted a 241 total (82-79-80).