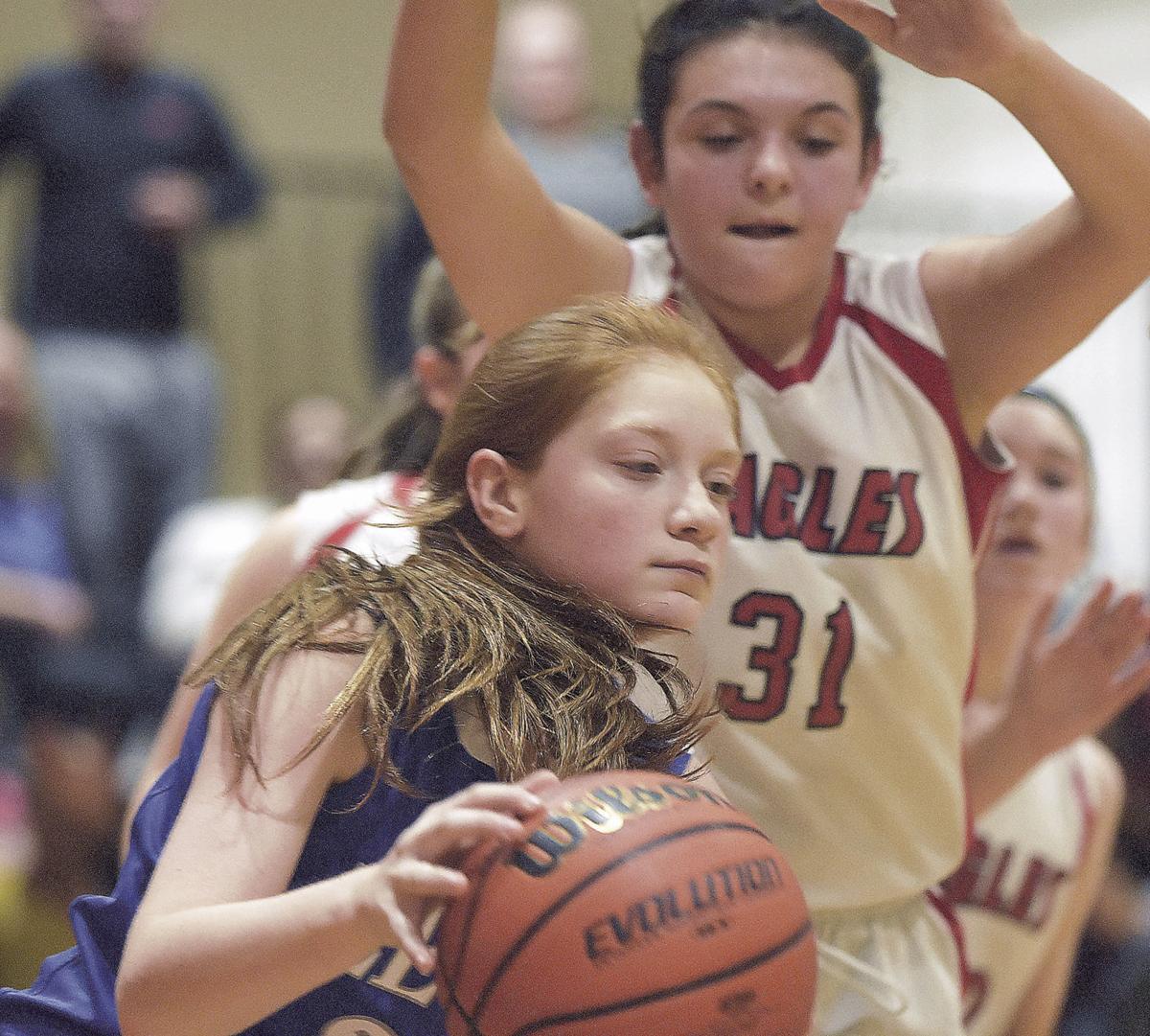 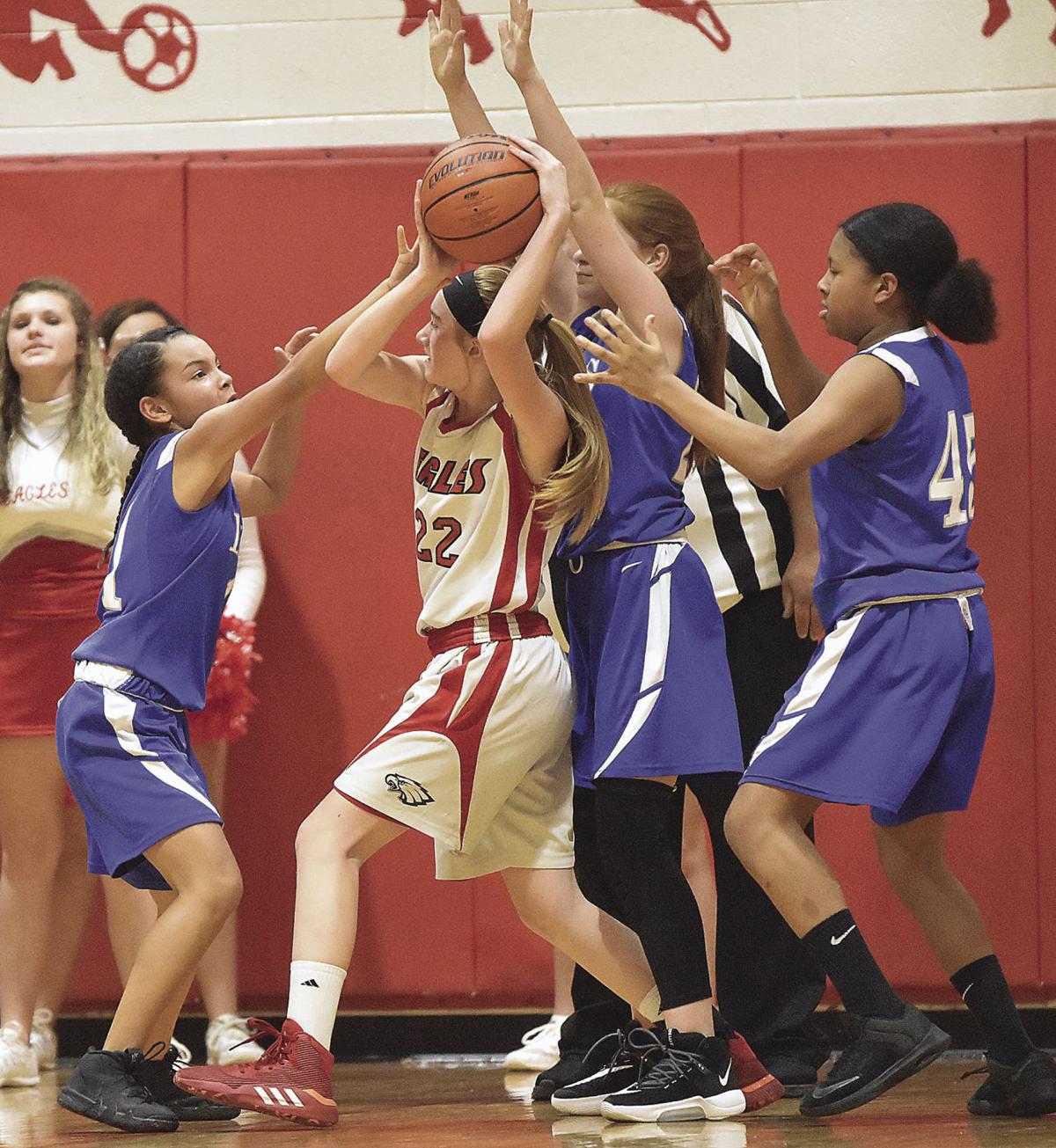 With the win, their sixth in a row, the Eagles avenge their only loss to date this season – a nine-point, 18-9 setback to the Wolverines in the second game of the year.

Free-throw shooting proved to be pivotal in the contest as BFMS (7-1 in the Roanoke Valley Middle School League, 7-1 overall) made 8 of 13 tries from the line, while Andrew Lewis was 1 of 18, including an 0 of 7 showing in the final frame.

The Eagles trailed by two points, 6-4, after the first quarter, by three points, 14-11, at intermission and by one point, 24-23, heading into the final frame, a six-minute stanza that featured three lead changes.

Hypes’ two free throws produced a 29-28 Eagles lead. She would miss the front end of a one-and-one with 12 seconds, but following an Andrew Lewis time out with 10 seconds, a Wolverines player committed a turnover against full-court pressure when she was called for traveling.

BFMS was able to run time off the clock before Andrew Lewis was able to force an inbounds play with 3.3 seconds. With 0.8 seconds, Hypes returned to the line and made the front end of a third one-and-one to produce the final count.

Maddie Caron’s basket with 5:03 left gave BFMS a 25-24 lead, an advantage that withstood two turnovers, two missed free-throw tries and a missed shot from the field by Andrew Lewis over the next minute of play.

A Kenzie Board basket with 4:00 showing put the Eagles ahead by three. The Wolverines got a basket from DaisyAnn Dawyot, but with a chance to square the score, she failed to complete a three-point play with a free-throw miss.

Dawyot would miss two tries from the line with 1:30 to play, but with 1:13 left, Shaniya Robinson made a lay-up to give the Wolverines their last lead, 28-27.

Andrew Lewis had an opportunity to extend its advantage, but Faith Nance missed the front end of a one-and-one with 34 seconds left.

The Wolverines converted 13 field goals, including a 3-pointer by Nance, who finished with three points, but they managed to make only one attempt from the line.

Caron led the Eagles with 13 points, while Hypes totaled seven.

Also scoring were Kania Copeland with six points and Board and Aleah Davis each with two.