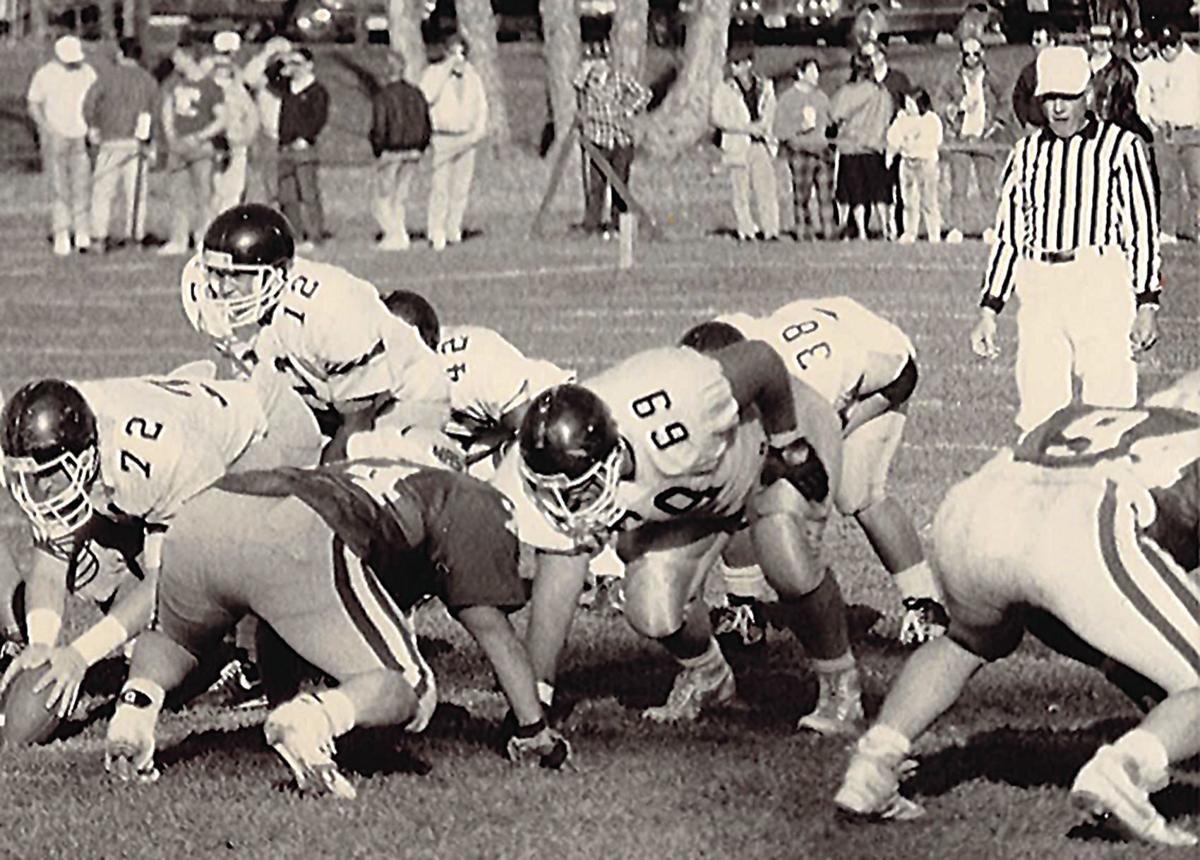 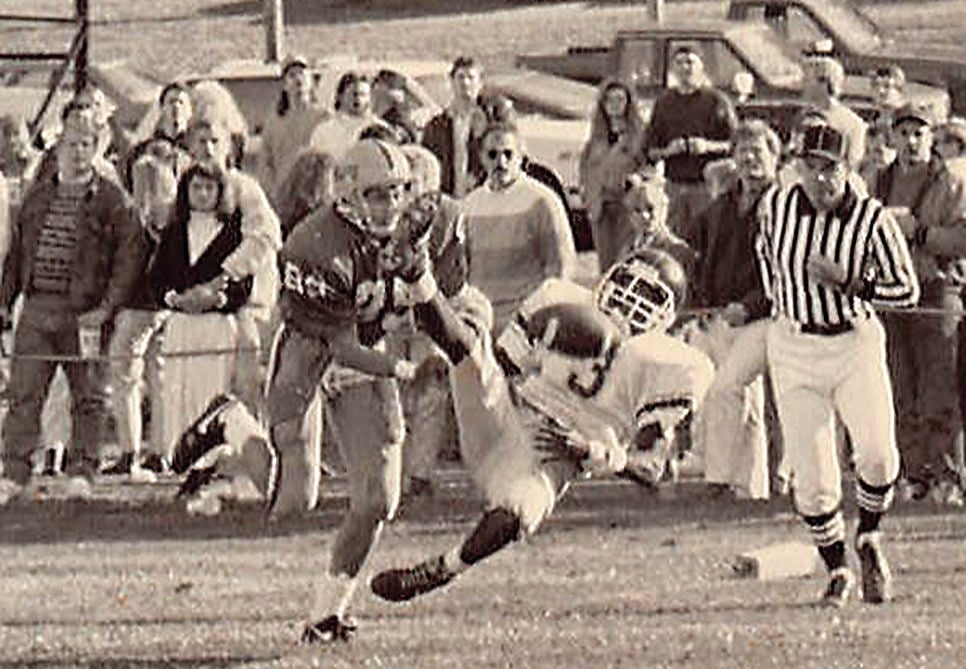 In November, Ferrum College and Emory & Henry College will face off in football for the third time as Old Dominion Athletic Conference (ODAC) rivals, for the fifth time in the Crooked Road Classic and for the 36th time since 1985, the Panthers’ first season of NCAA Division III gridiron competition. The Wasps lead the all-time series 24-11. Included in the set are 32 non-conference regular-season match-ups and one postseason meeting in the 1987 Division III playoffs, a contest that was staged at Victory Stadium in Roanoke. This black and white photo series shows the two teams in play during the early 1990s before Emory & Henry’s home stadium was renovated.