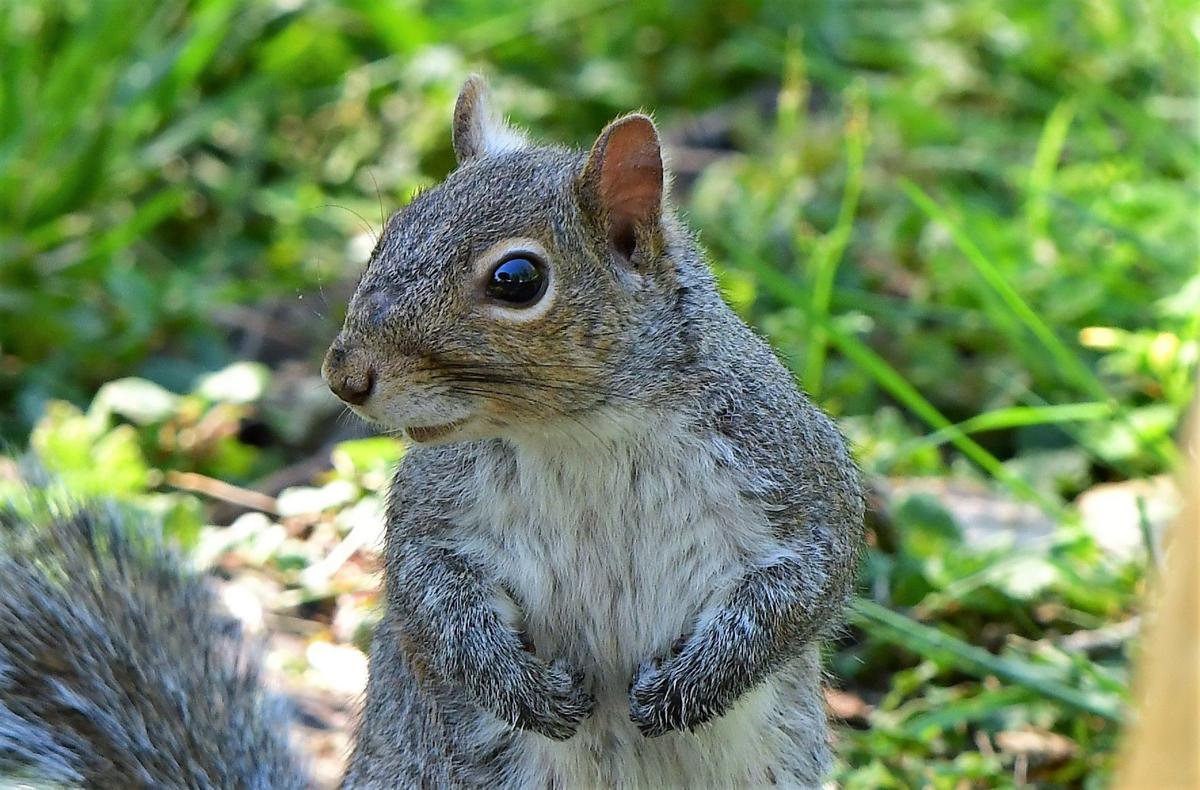 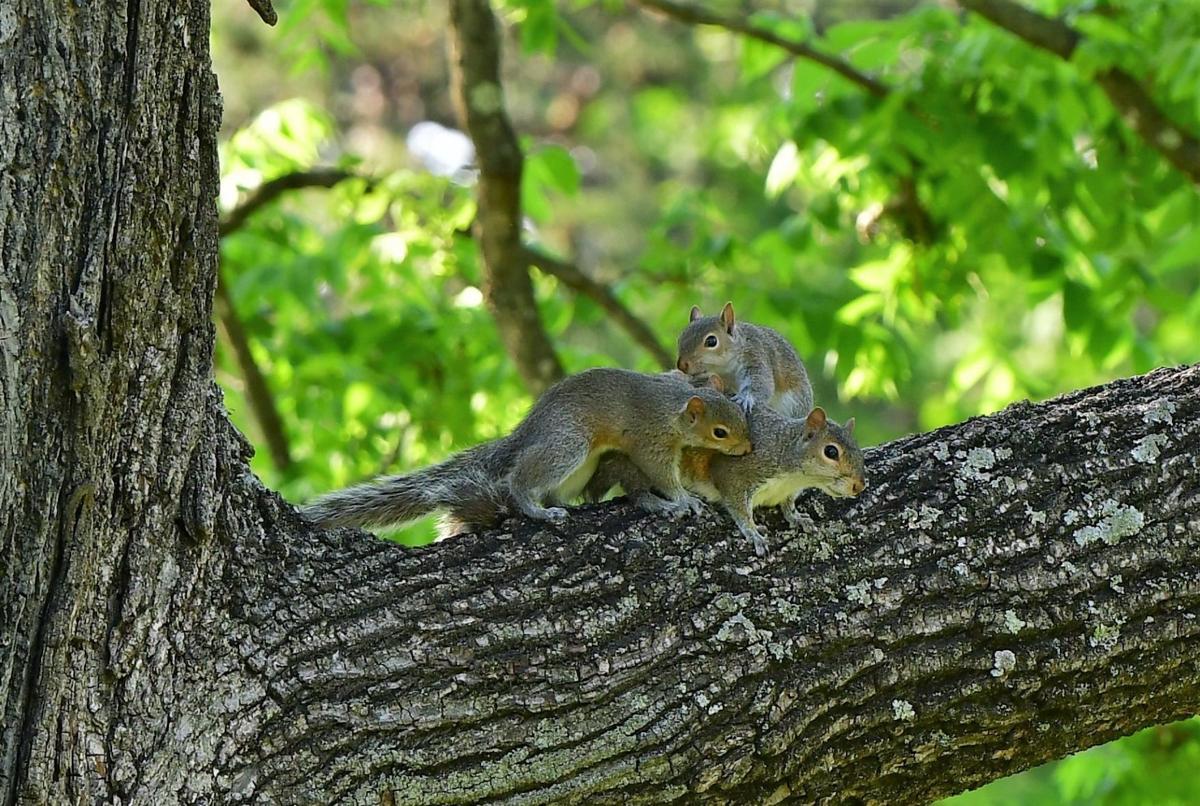 The gray squirrel will have one or two litters per year with an average of two to three young per litter and spend most of their lives within 200 yards of their nest.

The gray squirrel will have one or two litters per year with an average of two to three young per litter and spend most of their lives within 200 yards of their nest.

I’ve said it before, and it deserves repeating; You don’t have to go far to experience the treasures of the wild. Oftentimes all you need to do is carefully watch your own backyard.

I was relaxing on my back patio this past week when one of those treasures came to visit me. I had been watching a squirrel for weeks that had set up residence in a large walnut tree at the far end of our property. A wise squirrel apparently.

She was going in and out of a small hole in a dead section of the tree. I assumed all along that I was simply watching one squirrel each day. I mean, they all look alike. What I discovered, however, wasn’t simply one squirrel who had a nice tree apartment.

In truth, it was a couple of squirrels, and it turns out that it wasn’t a tree apartment at all they were busy in and out of, but a honeymoon suite instead. What culminated from this romantic unseen activity was a visual treasure I have honestly never witnessed before.

As I sat there in my patio lounge chair, from a distance I could spot not one squirrel, not even two, but an entire new family of squirrels. Surprising as it may sound, I had never before visualized a squirrel couple taking their toddler young out for family playtime.

I ran back in the house to grab my camera hoping they would still be out when I returned. Luckily they were. As I zoomed in to get a better look, I could see the sheer joy of the exuberant youngsters frolicking all over that large tree.

I had always known squirrels were playful creatures, but what I was watching now was simply extraordinary. They were putting their arms around each other, they were hugging, they were riding on each other’s backs, and they would stand on their back legs and playfully shadow box with each other.

I’m not quite sure who was having a better time, them whooping it up or me getting to watch it all. I could have stayed out there with them all night, but alas, they soon headed back in their hole to get some much-needed rest.

However, I needed more. So as I often do when my imagination is tantalized, I was in my office researching my topic at hand. I needed to know more about these cute, cuddly friends of mine.

First thing I was to find out was that I was wrong in stating that all squirrels look alike. According to the folks at Virginia Tech, there are six species of squirrels in Virginia and several of those have numerous sub-species. So all squirrels don’t look the same, just the ones in my old walnut tree, apparently.

I found that the gray squirrel, which happens to be my backyard resident, will have one or two litters per year with an average of two to three young per litter. My girl just happened to have four young ones making her above average. I’m starting to sound like the proud godfather, I know.

I was a bit taken aback when I read that my squirrel is not solely herbivorous. As much as they consume of my bird seed on top of the fact that they live in a massive walnut tree, I found this quite hard to believe. It seems that they enjoy snacking on insects from time to time and have been known to actually feed on eggs and small birds. Which I better not catch them doing.

We are all complaining right now about being quarantined in one location for several weeks, while the squirrel will spend his entire lifespan (roughly six years) all within 200 yards of their nest. I guess when you get all the bird seed you can eat for free, why move anywhere else?

The point to all this nonsense is don’t miss the wonders of nature that God has placed right in your own backyard. Take the time to enjoy all these delightful creatures. If you don’t have the time to get away and enjoy the great outdoors, then just pull up a lawn chair and watch the show.