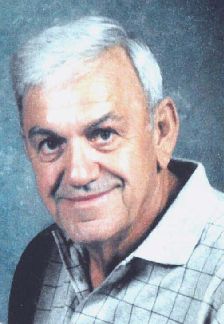 WHITTAKER Jerry Dean Jerry Dean Whittaker, 83, of Rocky Mount, Va., passed away on Friday, April 17, 2020. He was born to parents Marshall Whittaker and Clara Fleenor, on July 28, 1936 in Bristol, Va. Jerry came to Franklin County with the VA State Game Commission and worked as a Water Well Driller for many of those years. After 20+ years of service, he retired from Franklin Well Drilling. He enjoyed watching local sports and farming. In 1957, Jerry was honored to participate in integrating Little Rock High School under Dwight D. Eisenhower, while serving in the Air Force. Jerry met his wife, Ernestine, while he was in the service and they were married for 61 years. Besides his wife, Jerry leaves behind five children, including Mike (fiancée, Vickie Ross), Karen Arrington (Doug), Phyllis Angle (Kevin), Tracy (Amy), and Travis (Amy). Besides his wife and children, Jerry leaves behind five grandchildren, Colton (fiancée, Emily Peters), Trent Whittaker, Tyler Whittaker, Brady Whittaker and Elliot Reese. Jerry wanted everyone to be happy and asked everyone to be kind to others. In lieu of flowers, please donate to St. Jude's Hospital and/or lung cancer research. Online condolences may be shared with the family at www.florafuneralservice.com.