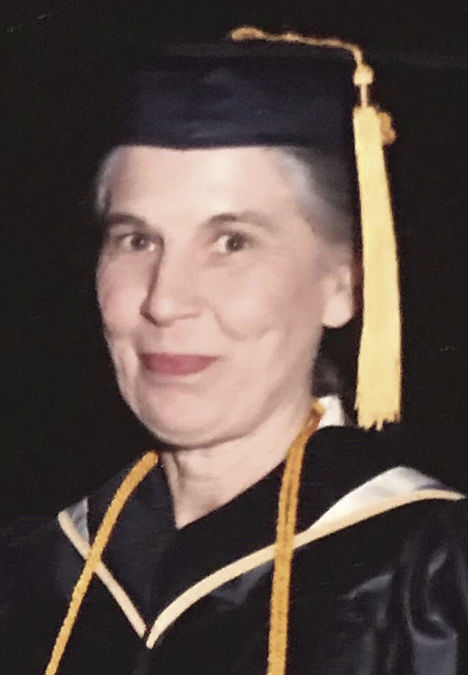 SMITH JoAnne Guilliams "...whatsoever things are pure, whatsoever things are lovely, whatsoever things are of good report...think on these things." Philippians 4:8 JoAnne Guilliams Smith, of Rocky Mount, died peacefully on December 19, 2019, at the age of 87. She was born in Bluefield, W.Va., February 15, 1932, to Howard Taft Guilliams and Alpha Lee Cooper Guilliams; however, the family soon returned to Callaway, Va., where both parents were raised. JoAnne often reminisced about her idyllic Callaway childhood, enveloped among extended family and a supportive community. It was there that she was first introduced to the Episcopal Church via Phoebe Needles Mission School. Eventually her family moved to Rocky Mount, Va., and joined Trinity Episcopal Church, where JoAnne became a lifelong and active member. While attending Rocky Mount High School, JoAnne met her future husband, Phillip Smith, at the roller skating rink in Wirtz, Va. She soon decided to change her high school studies from college bound to secretarial; the couple married July 2, 1950, after JoAnne's graduation. JoAnne was employed steadily from her high school graduation as a secretary and payroll clerk for a denim clothing factory that eventually became known as Virginia Apparel. She worked with the goal that both her daughters would study and graduate from the College of William and Mary; and they did. Once her daughters graduated, JoAnne returned to school, first taking Russian Studies courses at Ferrum College. The highlight of those studies was traveling to Russia with fellow college students -- truly, an experience of a lifetime. JoAnne later earned an associate's degree from Virginia Western Community College and went on to complete her bachelor's degree in English, graduating Cum Laude from Hollins College in 1990. At the age of 58, she realized her lifelong dream. JoAnne valued the Episcopal Church, in particular the friends she made there who galvanized in her an esteem of higher education and lifelong learning. At Trinity Episcopal, she lifted her voice in the choir, taught Sunday school with energetic creativity, and served on the altar guild and vestry. Passionate about feeding folks, JoAnne had a reputation as a wizard in the kitchen. Popular favorites included buttermilk biscuits (often with country ham and fried apples), fruit cobblers, fresh grated coconut cake (husband Phillip grated the coconuts), and fried dried apple pies (which she once demonstrated on local TV). JoAnne lived with an enduring air of wonder and delight, and strove to pass that on to her children, to her grandchildren, and to all whose lives touched hers. JoAnne is survived by her children, Kathryn Smith Arrington and Jenny Chapman Smith Ogline; grandchildren, Cel Arrington and wife, Caitlin, Molly Arrington, Zoe Ogline, and Emma Ogline; great-grandchildren, Ellie Arrington and Charlotte Arrington; and her brother, H.T. "Buddy" Guilliams. In addition to her parents, JoAnne was preceded in death by her husband, Phillip Lyle Smith and her brother, Jackie Brown Guilliams. The family is thankful for Carilion Hospice of Franklin County, and especially grateful to everyone at Heart and Hands Retirement and Assisted Living for the loving care they gave JoAnne and for enfolding us all. The family will greet friends at Flora Funeral Home in Rocky Mount on Friday, January 10, 2020, from 5 until 7 p.m. A memorial service will be held at 11 a.m. Saturday, January 11, 2020, at Trinity Episcopal Church in Rocky Mount. In lieu of flowers and food, donations may be made to the Phoebe Needles Center in Callaway, Va., the Fisher Center for Alzheimer's Research Foundation, or a charity of choice.

To plant a tree in memory of JoAnne Smith as a living tribute, please visit Tribute Store.
+1
+1