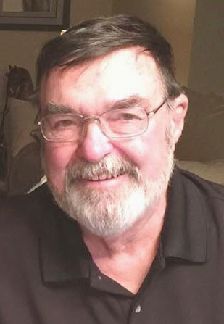 DeBLASIO Robert "Bob" November 29, 1945 - April 5, 2020 Robert "Bob" DeBlasio, 74, of Union Hall, passed away on Sunday, April 5, 2020. Bob was born on November 29, 1945, and grew up in Pittsburgh, Pennsylvania. He attended North Catholic High School in Pittsburgh and spent his weekends playing on the railroad tracks and in the river, despite his mother's protesting. He later spent time in seminary before enlisting in the Army, where he served as a Cryptograph Specialist in Vietnam. He worked for many electronics companies, including Siemens Telecommunications for over twenty-five years in both sales and education. He retired at his favorite place, Smith Mountain Lake, where he spent many happy days with his wife, family, and friends on the water. Bob was the smartest and warmest person in the room, a pool shark, a great debater, a mediocre but joyful fisherman, a constant comedian, and a wonderful teacher and mentor to so many. Bob intrinsically understood how everything worked. He used that understanding to mend all broken things, from computers and kitchen sinks with steady hands and a sharp mind, to hearts with a quick witted joke or the perfect advice. He made everyone feel like family. Bob was preceded in death by his parents, Frank and Helen DeBlasio. He lives on in the hearts and memories of his wife of thirty-one years, Diane Evans; his two daughters, Melissa Riner and Kari Grim, along with their spouses, Ricky and Nathan; his son, Richard DeBlasio; his brother, Jim DeBlasio and his wife, Lynn; his sister, Sue Cutillo and her husband, Dan; his sister, Ginger Flynn and her husband, Chris; six grandchildren, Allie, Jessie, Charlotte, Sara, Brandon, and Kaitlyn; and his best friend, Vete Clements and his wife, Lois; along with many wonderful nieces, nephews, cousins, family members and friends. Alongside his family, Bob's animals were his beloved companions. In lieu of flowers, please make contributions to Saint Francis Service Dogs, P.O. Box 19538, Roanoke, VA 24019. A celebration of Bob's extraordinary life will be announced at a later date. Online condolences may be shared with the family at www.florafuneralservice.com.