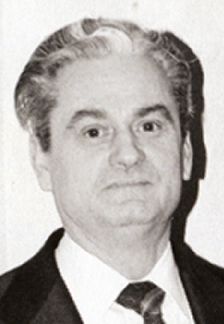 ARRINGTON J. Clark J. Clark Arrington, 95, of Rocky Mount, Va., went to be with his Lord and Savior on Tuesday morning, January 28, 2020. He was a Veteran of World War II, having served in the United States Navy from July of 1942 to December of 1945, as a Navy Pharmacist's Mate 3rd Class with duty stations in the South Pacific and was also awarded four Invasion Stars from his duty there. Clark owned and operated the Arrington-Bussey Funeral Home in Rocky Mount from 1954 until his retirement in 1988. In addition to his service to others he also took an active role in being involved in his community. Clark was very instrumental in helping to organize the Franklin County Rescue Squad. He was a charter member of the Franklin County Retail Merchants Association and at one time, served as the president of the Franklin County High School PTA. He also served as president of the Sontag Ruritan Club, president of the Rocky Mount Lions Club, and was a Past Master of Rocky Mount Masonic Lodge #201 A.F. & A.M. and was a member of the Kazim Shrine Temple. He was also a longtime member of Rocky Mount Christian Church, Disciples of Christ, serving in many capacities throughout his more than 82 years in attending that church. In 2016, Clark was presented with "The Patriot Award" by Del. Charles Poindexter at the Annual Rocky Mount Rotary Club's Independence Day Festival. He was preceded in death by his parents, J. Morris Arrington and Carrie Prillaman Arrington; a daughter, Jeanette Arrington Mitchell; three brothers, Kearney W. Arrington, J. Elbert Arrington, and A. Milton Arrington; and a grandson, Jeremy Scott. Clark is survived by his wife, Jerene Robinson Arrington; his children, Michael E. Arrington and wife, Diane, Charlotte A. Thomas, and John C. (Johnny) Arrington II and wife, Sue; a son-in-law, Calvin Mitchell; 12 grandchildren, 15 great-grandchildren, one great-great-grandson; a sister-in-law, Mary B. Arrington; and many other loving relatives and friends. Funeral services will be conducted at 12 p.m. on Friday, January 31, 2020, at Oakey's Roanoke Chapel with Minister Steve Pasley officiating. Interment with Masonic Rites will follow at Mountain View Memorial Park in Boones Mill. His family received friends from 6 until 8 p.m. on Thursday, January 30, 2020, at Oakey's Roanoke Chapel. Flowers are appreciated or memorial donations may be made to the Franklin County Rescue Squad. Online condolences may be expressed to the family by visiting www.oakeys.com.

To plant a tree in memory of J.Clark Arrington as a living tribute, please visit Tribute Store.
+1
+1