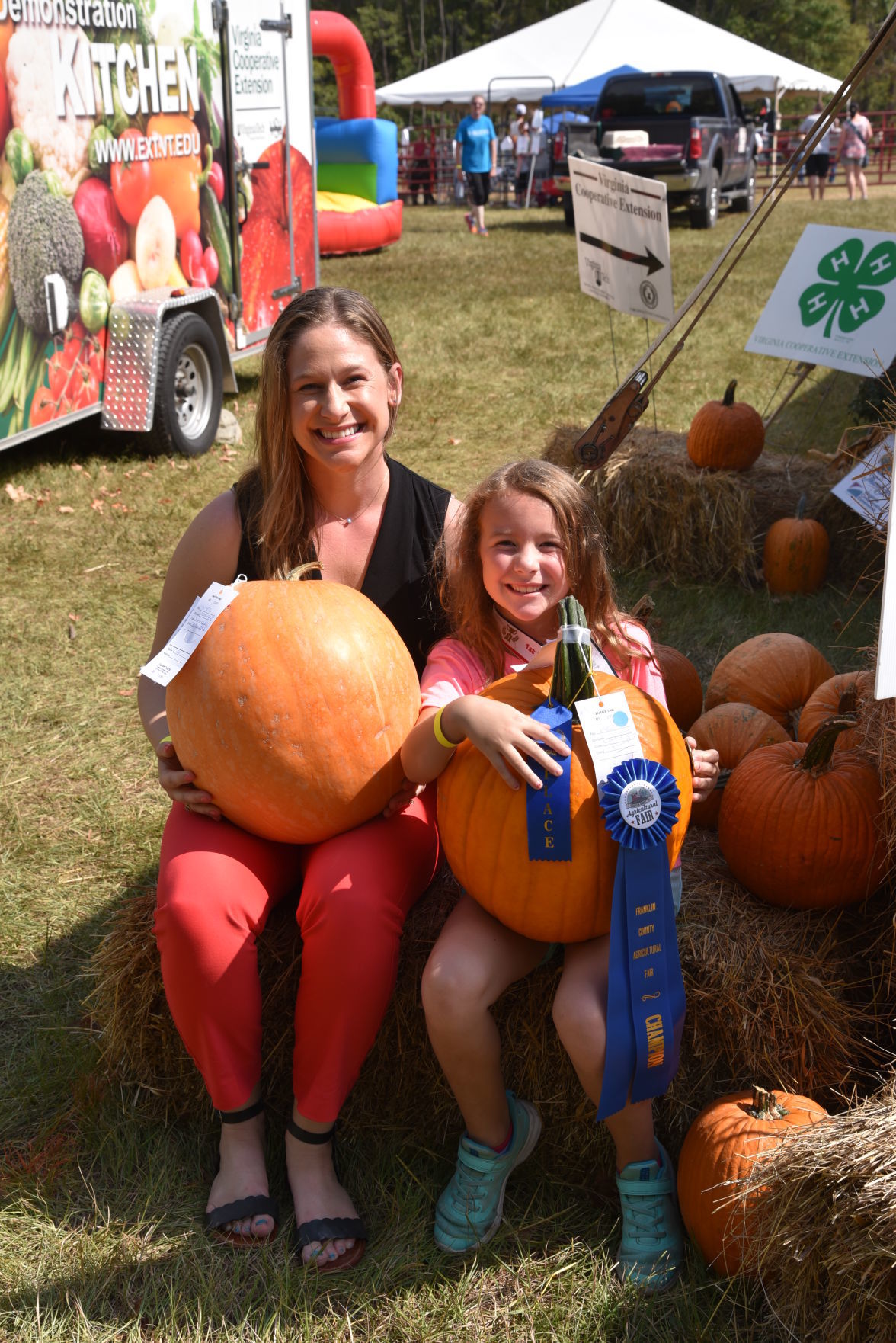 Lindsey and Ava Rattaree, mother and daughter, each won blue ribbons for largest pumpkin in the adult and youth categories. 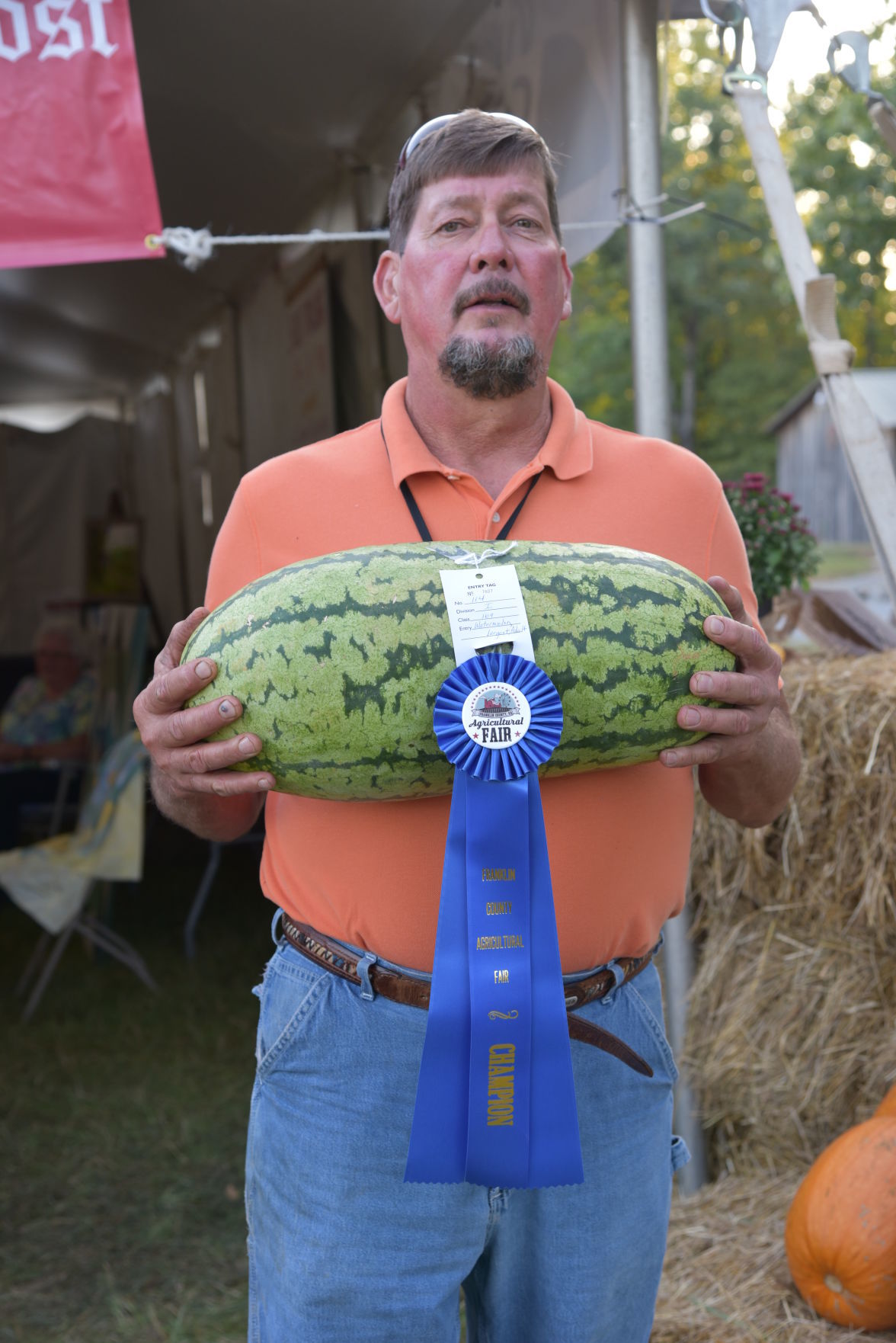 Byron Brooks won largest watermelon at the Frankln County Agricultural Fair this year. It was a new category sponsored by The Franklin News-Post. 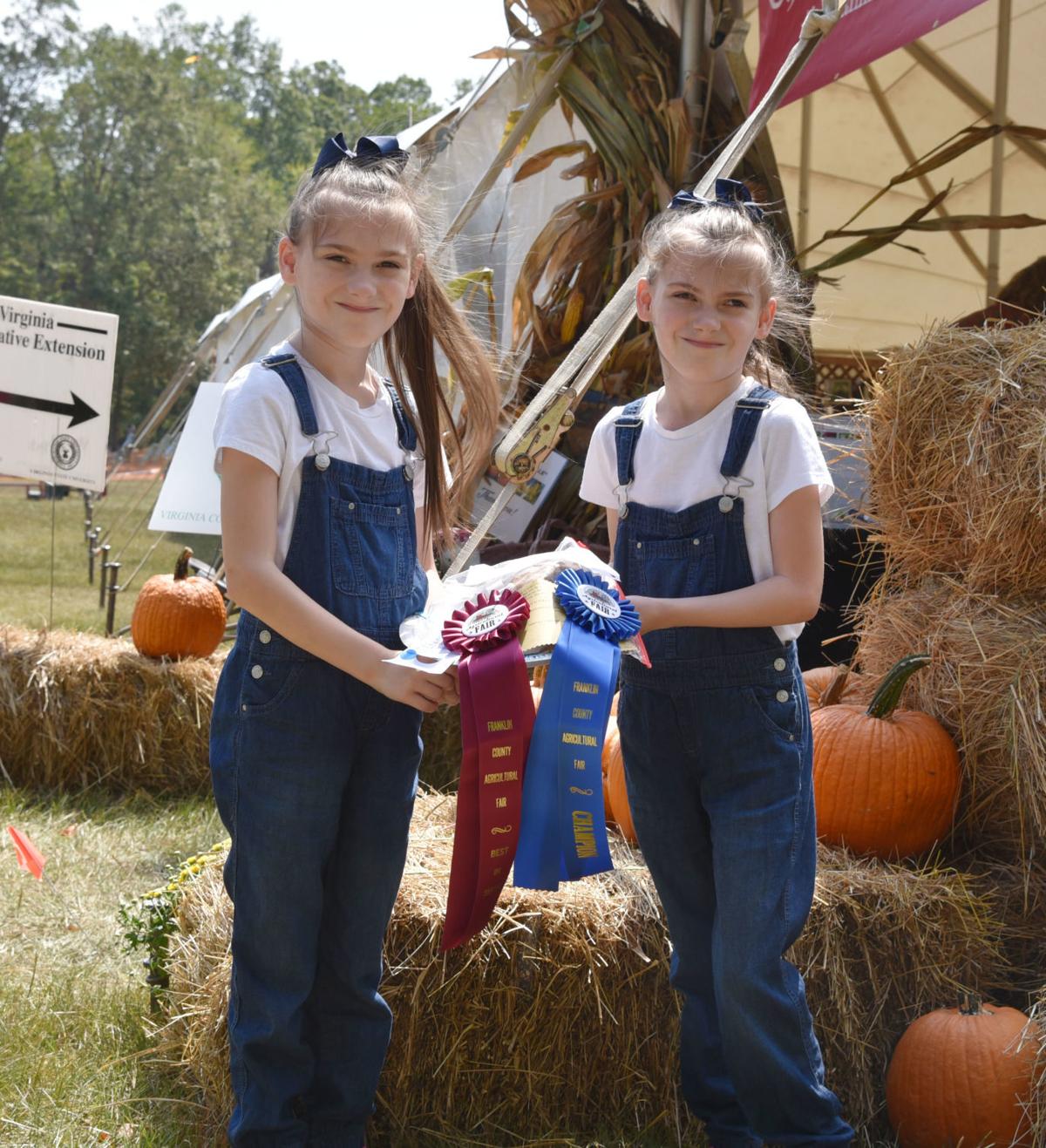 Samantha and Savannah Tatum won best in show for their bread in the baked goods comeptitive exhibit at the Ag Fair. 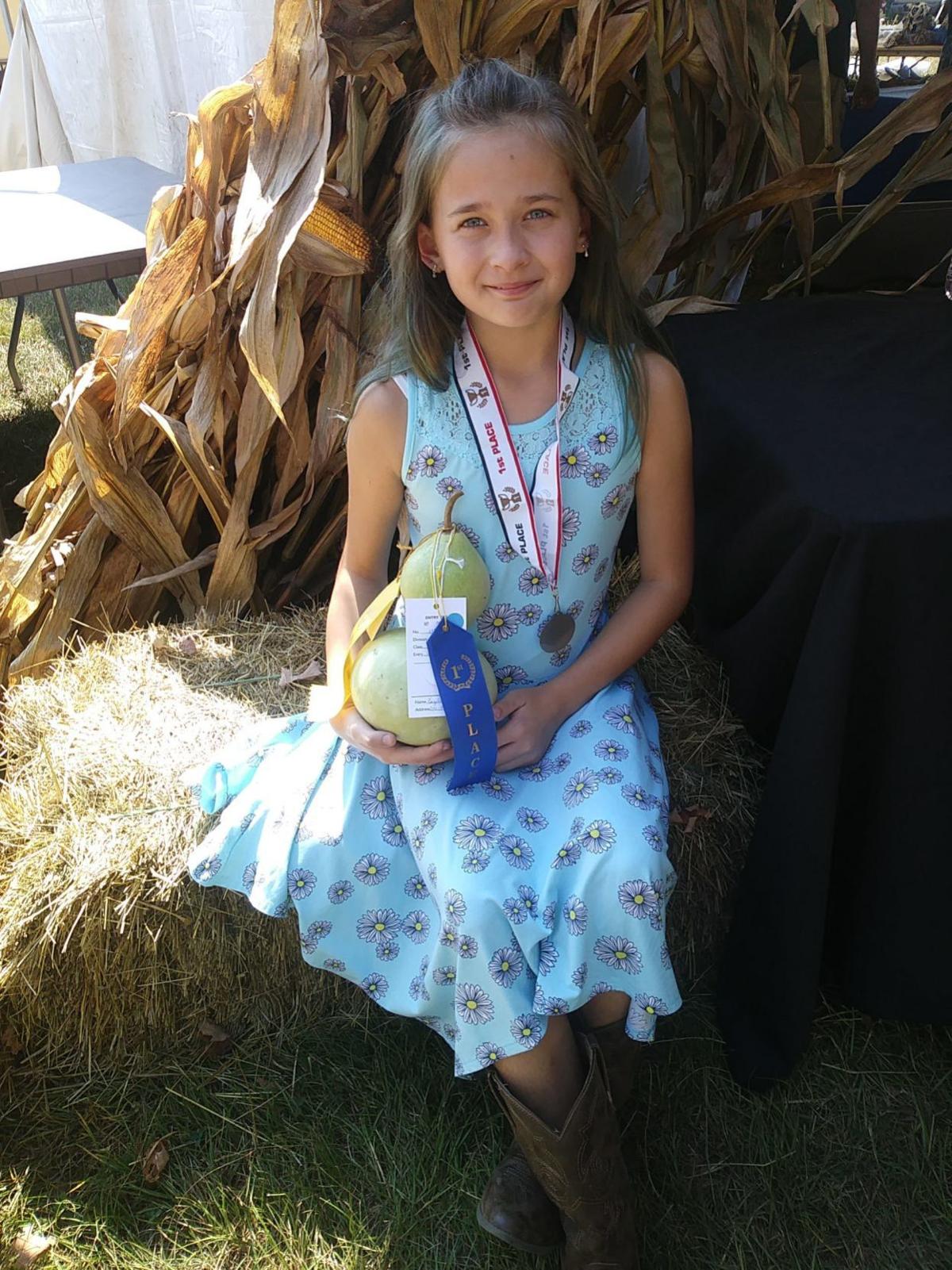 Kayleigh Brubaker, 9, won the blue ribbon for largest gourd in the youth division at the 2019 Ag Fair.

Lindsey and Ava Rattaree, mother and daughter, each won blue ribbons for largest pumpkin in the adult and youth categories.

Byron Brooks won largest watermelon at the Frankln County Agricultural Fair this year. It was a new category sponsored by The Franklin News-Post.

Samantha and Savannah Tatum won best in show for their bread in the baked goods comeptitive exhibit at the Ag Fair.

Kayleigh Brubaker, 9, won the blue ribbon for largest gourd in the youth division at the 2019 Ag Fair.

More than 9,000 attended the Franklin County Agricultural Fair this year.

He said fair organizers count every single ticket and upon first count, results showed more than 8,600 people attended the fair. That number does not include support staff, volunteers or vendors, numbers Rotenizer said “easily add up to a few hundred per day.”

The Annual Franklin County Horse Show held Sept. 14 and also set an attendance record; however a final tally was not available by press time.

“Unlike the Ag Fair, the horse show brings in more participants and fans mostly from outside the county and state,” Rotenizer said. “Our equine sector is an impressive, growing economic engine.”

Carol Haynes, an extension agent for the Virginia Cooperative Extension, who helps coordinate the competitive exhibits, said there were just five fewer entries this year than last year, but this was an odd growing year with either dry or overly wet conditions.

The Franklin News-Post partnered with VCE to sponsor four new categories this year, including largest pumpkin, largest gourd, largest watermelon and best in show for baked goods. Adult and youth winners were awarded for nearly every category.

Byron Brooks, who has been farming for 45 years, won an award for the largest watermelon. He said he has been entering items in the competitive exhibits since the Ag Fair returned to the county six years ago. From canned tomatoes to squash, he said he has earned three blue ribbons over the years. Brooks was a tobacco farmer until about 15 years ago when he transitioned to beef cattle and dairy.

“I enjoy gardening now that I am semi-retired,” Brooks said.

Brooks sells watermelons, grown at his Glade Hill farm, at the Rocky Mount Farmers’ Market during the season. He said he now runs an organic dairy.

“Overall the agriculture sector is suffering terribly,” Brooks said. “And it’s not because of management, but the consumer.”

He said he hopes consumers realize that “if they don’t support their local farmers they won’t have them much longer.” Having the fair means “a lot” to him, he said, because it had once been phased out.

Twins Samantha and Savannah Tatum, of Patrick County, won best in show for baked goods for their bread. The girls’ father, Michael Tatum, was traveling to the Franklin County fair to enter his honey in the competitive exhibits, so he took along half a loaf of their bread. The girls had already entered their bread in the Patrick County Fair, as well as a fair in Mt. Airy, North Carolina. They won first place at all three fairs.

The winners for the largest pumpkin category were mother and daughter Lindsey and Ava Rattaree. Ava, 8, has been growing her own pumpkin since she was a toddler. The family has a 10-acre farm in Goodview where they grow not only pumpkins, but also 100 different vegetables every year. Lindsey Rattaree said they enter pumpkins in the competitive exhibits at the fair every year.

“It’s our favorite, every year we hope to take home a blue ribbon for the pumpkin,” she said.

Their secret? They feed their pumpkins milk and only leave one pumpkin on per plant, cutting the vines back to make space for the pumpkin to grow.

Rattaree said Ava entered 15 exhibit items this year and won blue ribbons for almost all of them.

Having grown up in a city in New Jersey, Rattaree said she always dreamed of having a farm. “These are simple memories and they are pleasant,” she said. “I just want to have that for her (Ava) where she is not in a concrete city. It also teaches her discipline, too. If she doesn’t do the work, her pumpkin dies, and she doesn’t have anything to show for it. I want her to understand nobody is going to come in and do that for her; she has to work hard and she does.”

In the category for largest gourd Kayleigh Brubaker, 9, took home a blue ribbon in the youth category, and Wayne Thompson won a blue ribbon for the adults. This was Brubaker’s second year entering the competitive exhibits but first entering a gourd.

See more photos from the Franklin County Ag Fair on page 5 and online at www.thefranklinnewspost.com.