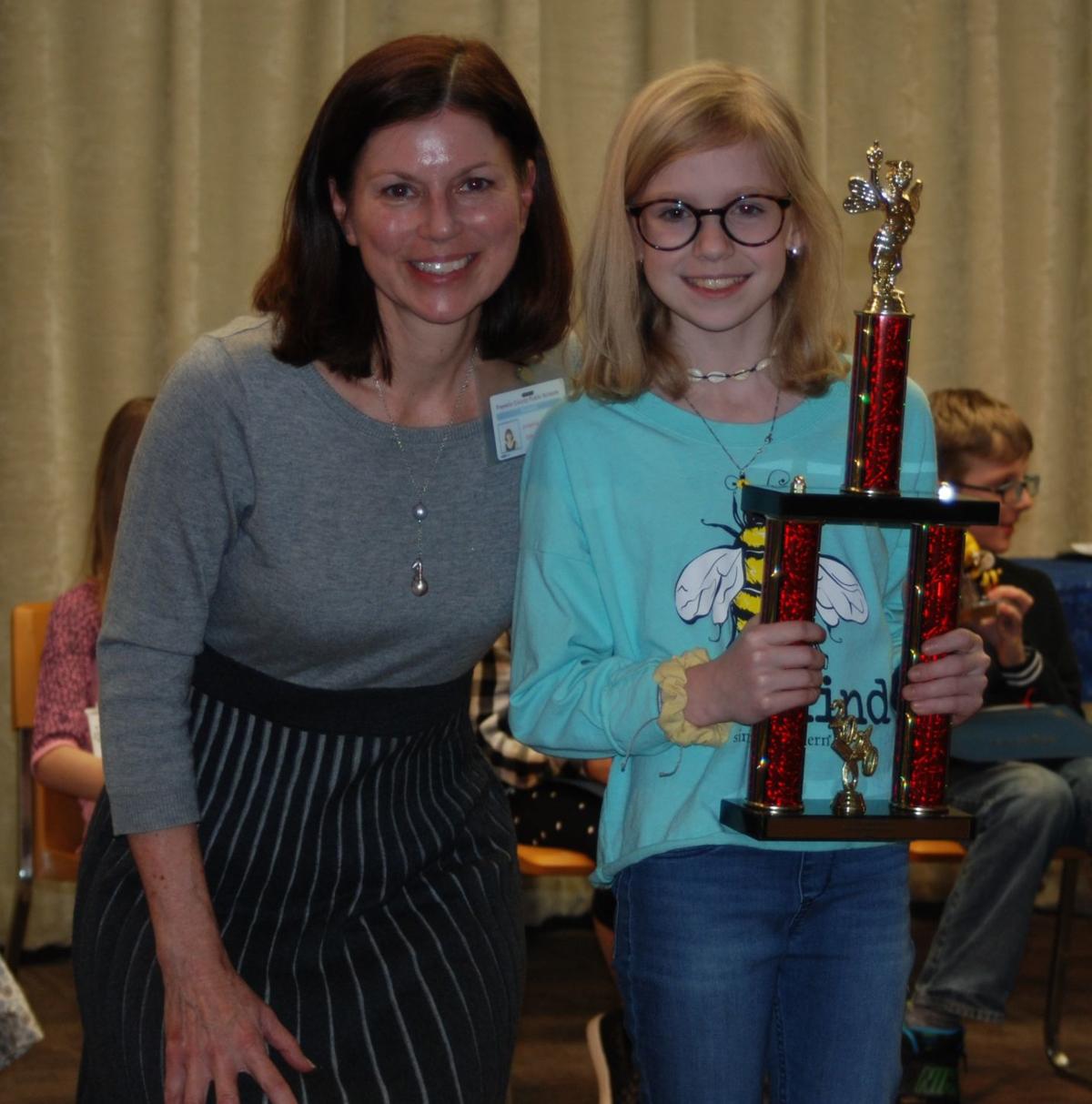 Riley Gordon a sixth grader at Benjamin Franklin Middle School, is the division spelling bee champion for Franklin County Public Schools. With her is Jodie Robinson, gifted and talented coordinator for FCPS. 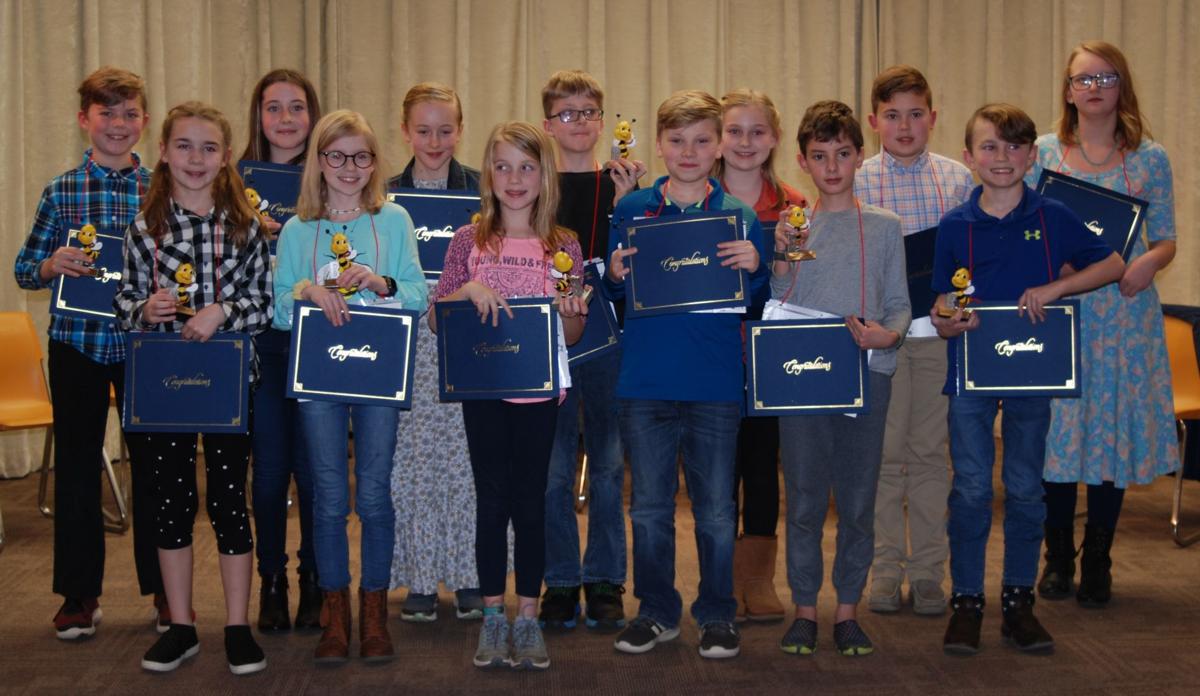 Winners from each of the 12 elementary schools in Franklin County and the winner from Benjamin Franklin Middle School competed in the division spelling bee Tuesday night at BFMS.

Riley Gordon a sixth grader at Benjamin Franklin Middle School, is the division spelling bee champion for Franklin County Public Schools. With her is Jodie Robinson, gifted and talented coordinator for FCPS.

Winners from each of the 12 elementary schools in Franklin County and the winner from Benjamin Franklin Middle School competed in the division spelling bee Tuesday night at BFMS.

It was a battle of the words Tuesday night as 13 of Franklin County Public Schools’ best spellers competed in the division’s annual spelling bee competition.

Riley Gordon, a sixth grader at Benjamin Franklin Middle School, edged out the competition for the second year in a row.

The competition, held in the BFMS East Auditorium, included the winning speller from each of the county’s 12 elementary schools and one from BFMS.

After 10 rounds of competition, Gordon correctly spelled the word “exploits” for the big win.

“She was a fifth grader last year, so this is her second year competing,” said Riley’s mother, Miranda Gordon. “I am extremely proud of her. A lot of time went into studying words. We’d try to make it fun. We would quiz her and take her word list along with us on car rides.”

Gordon learned to read at age 4 and has been an avid reader ever since, according to her mother. She also writes and enjoys science.

“I always knew she would excel in anything to do with words,” Miranda Gordon said.

After spending several hours a week studying and practicing spelling words, Gordon said she is happy and excited to have won.

“I am very excited to be going to regionals again,” she said. “I have a lot more work to do to get ready. The words are a lot more difficult at regionals.”

The crowd is also larger at regionals, but Gordon said she has ways to keep herself relaxed and focused.

“Sometimes I use a palm stone to help calm my nerves,” she said. “I also use my finger to write the word in my hand sometimes. But mostly, I just envision the word in my head before spelling it.”

Individual school champions who participated in the division bee include:

Each school champion received a certificate and a bee figurine.

In addition to a certificate and figurine, the winner and runner-up each received trophies.

The regional bee is sponsored annually by The Roanoke Times.

Runner-up Jan Kimmel from Callaway Elementary will represent the division in the event Gordon is unable to attend.

“Thanks to those who were able to attend our division bee,” said Jodie Robinson, gifted and talented coordinator for Franklin County Public Schools. “We appreciate the many parents and teachers who came out to support our students. And many thanks to the BFMS custodial staff who helped us set up for the event. I am so proud of all our students who competed. It is not easy to stand up in front of a group of people and spell such difficult words. They are all exceptional spellers and deserve to be congratulated for competing at this level.”