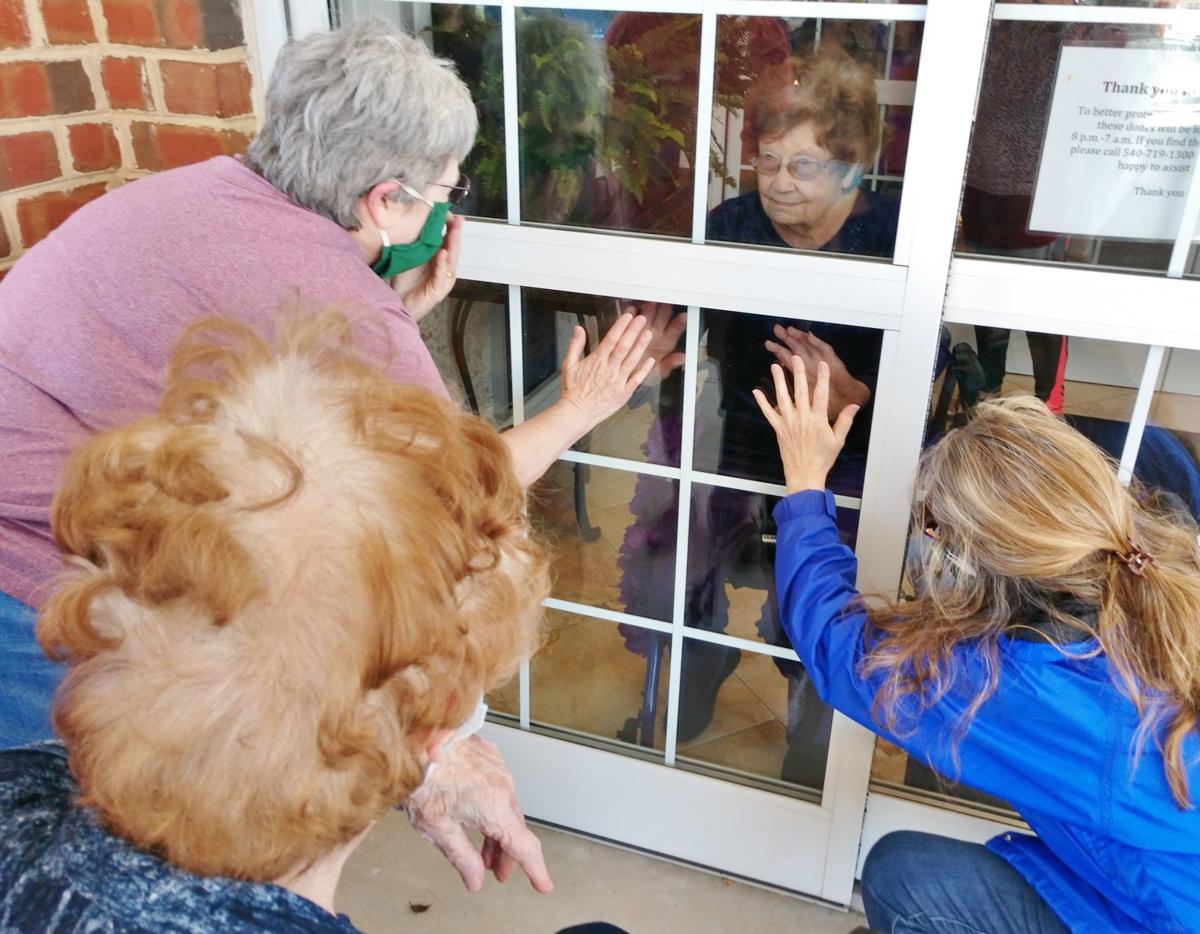 Lib Webster is greeted by family members for her 100th birthday May 10 as they put their hands to the window to say hello and celebrate with her.

Lib Webster celebrated her 100th birthday on May 10 at her home in Westlake. Webster is a Boones Mill native. 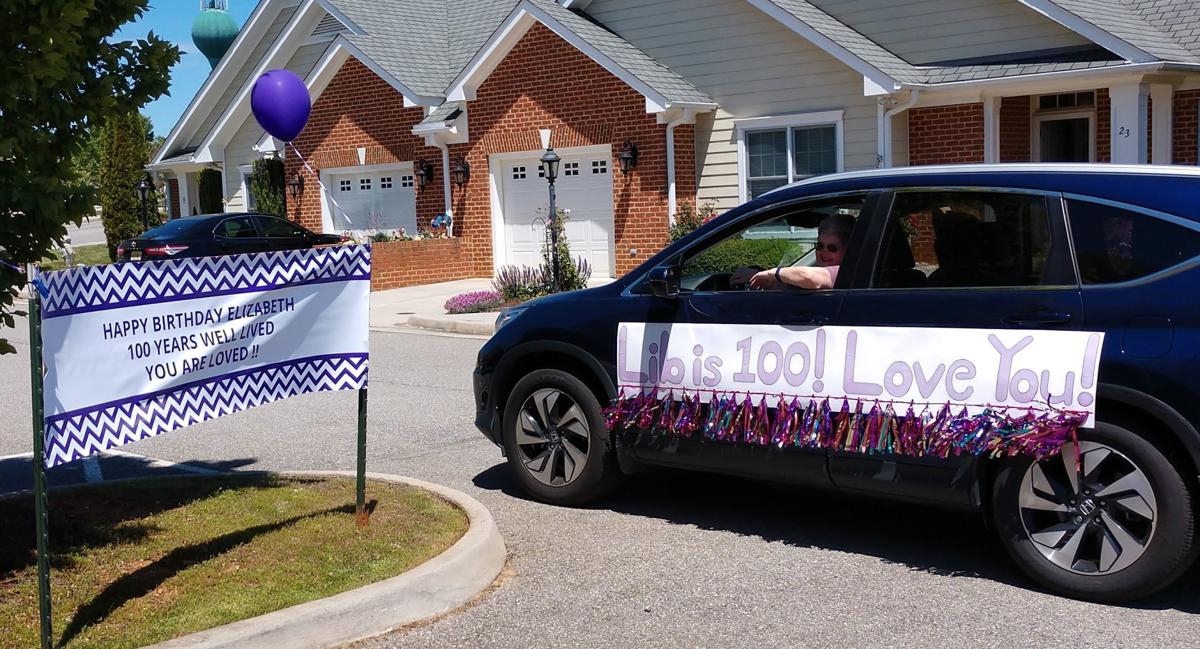 Sue Ann Crane, the niece of Lib Webster, drives by in her car during a parade to celebrate Webster’s 100th birthday in Westlake on Sunday.

Lib Webster is greeted by family members for her 100th birthday May 10 as they put their hands to the window to say hello and celebrate with her.

Lib Webster celebrated her 100th birthday on May 10 at her home in Westlake. Webster is a Boones Mill native.

Sue Ann Crane, the niece of Lib Webster, drives by in her car during a parade to celebrate Webster’s 100th birthday in Westlake on Sunday.

Westlake resident Elizabeth (Lib) Webster celebrated her 100th birthday on May 10 in the midst of the COVID-19 pandemic. Webster had to celebrate her historic birthday in relative confinement because of the stay-at-home edict due to the virus.

However, ingenuity prevailed and at 2 p.m., nearly 40 relatives and friends paraded in cars past Webster, who sat in a wheelchair inside her home in Runk and Pratt at Smith Mountain Lake.

A few family members got out of their cars and put their hands to the window to honor their centenarian family member. Gifts, cards and flowers were abundant as were cheers and shouts of “Happy Birthday, Lib!”

Webster was born in Franklin County near Boones Mill, in the shadows of Cahas Mountain and the Blue Ridge Mountains. As a youngster she went to public schools and enjoyed playing basketball. She said one thing she never did was learn to swim. She had two sisters and one brother and was the daughter of Susie and Lewis Keith Bussey. Her father worked at Arrington-Bussey Funeral Home, which was located on South Main Street near the hospital.

She married Paul Webster, a World War II veteran who is now deceased. The couple had no children. Paul and his brother ran Webster’s Food Center.

After graduating from Boones Mill High School, Webster attended National Business College in Roanoke. After graduation, she had a job waiting for her in downtown Rocky Mount at what was originally named People’s National Bank. Webster worked there for more than 40 years, rising to become senior vice president before retiring. She said she loved her work and found working with Federal Housing Administration loans to be especially rewarding.

Webster was active in her community, too, serving as organist at Boones Mill Christian Church and Rocky Mount Christian Church. She also sang in the choir at church and as a member of the Franklin County Chorus.

Ricks noted that she’d often be working on a blanket when he’d go to visit her.

Sheila Keatts has known Webster for more than 65 years.

“She and my mom were good friends,” Keatts said. “She’s a great lady, very sharp.”

Webster was also active in the Daughters of the American Revolution and in the hospital’s auxiliary. She and her husband also traveled a lot, going to England, France, New York, visiting 45 of the 50 states.

A typical day for Webster entails getting up at 6:30 a.m. and going to bed by 9:30 p.m. Her days include therapy programs and knitting.

“Live day by day,” she said. “I did the best I could. Don’t think about the future. It’s hard for me to realize I’ve been here that long.”

Sunday evening as she reflected on the day, Webster said, “It’s been a nice day.” She said she enjoyed the afternoon and now has many pictures and items to put up.