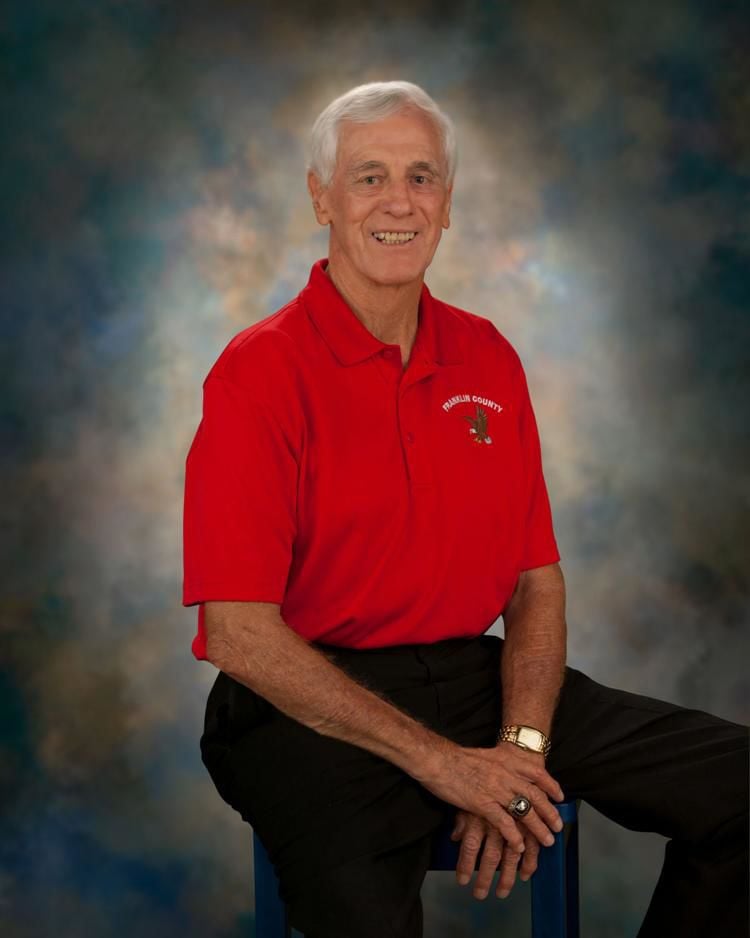 Alvin Hall, a champion of baseball at all levels in Franklin County and neighboring communities, died Sunday, following complications from injuries sustained when he was struck by an automobile while on an early-morning walk in Rocky Mount in December. 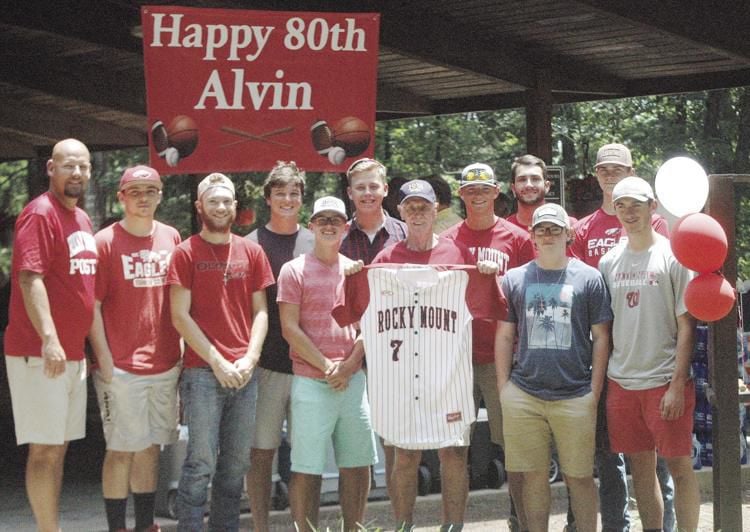 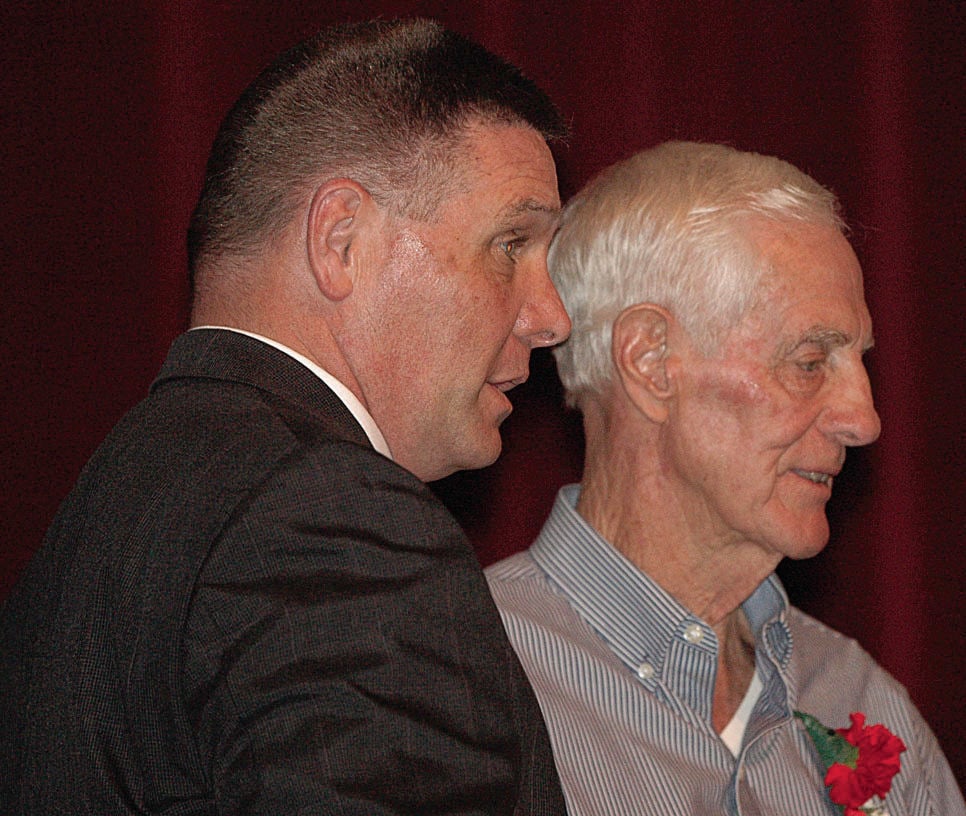 Alvin Hall is enshrined in the Franklin County High School Athletic Hall of Fame as a member of its inaugural class in 2018 in this sequence of pictures. 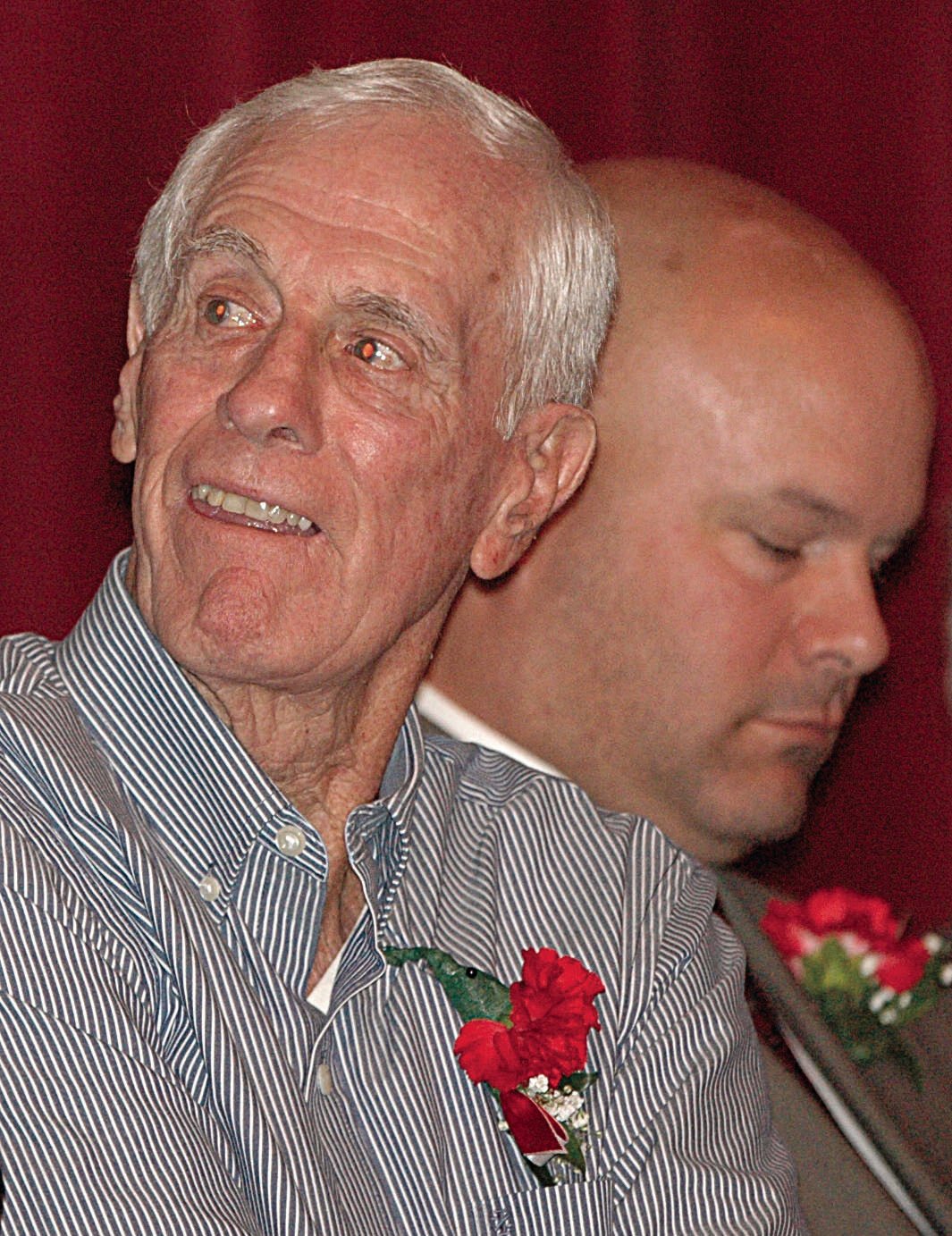 Alvin Hall, a champion of baseball at all levels in Franklin County and neighboring communities, died Sunday, following complications from injuries sustained when he was struck by an automobile while on an early-morning walk in Rocky Mount in December.

Alvin Hall is enshrined in the Franklin County High School Athletic Hall of Fame as a member of its inaugural class in 2018 in this sequence of pictures.

Alvin Hall, a three-sports standout during his high school years in the 1950s who later became a celebrated, successful youth coach in Franklin County, has died following complications from injuries sustained when he was struck by an automobile while on an early-morning walk in Rocky Mount in December.

Hall, 81, had been receiving treatment for a traumatic brain injury in the days, weeks and months following the accident in hospitals in Roanoke and Greensboro, North Carolina. He passed away Sunday.

Besides coaching, Hall was an observer and fan of local and area sports teams, mostly those that took the field for his alma mater and for Ferrum College. He was one of eight patrons who comprised the inaugural class of inductees into the Franklin County High School Athletic Hall of Fame in 2018.

“Sports have been good to me and my family over the years,’’ Hall said in 2015 interview with The Franklin News-Post. “Both of my children were involved in sports and my wife and I attended their games all through the years.’’

Hall (FCHS Class of 1957) earned 12 varsity letters — four each in football basketball and baseball. He played for the Eagles’ first two head football coaches, C.I. (Cy) Dillon, for whom the high school football stadium is named, and Jack Henderson, both deceased. He served as captain of the football, basketball and baseball squads as a senior.

“(Cy Dillon) was a great teacher of the game,’’ Hall said. “I used to show up to his practices when I was in elementary school, and I’d absorb everything I heard him say. When I coached sandlot teams, I used the same offensive plays we used when I played for him.’’

“(Jack Henderson) came in and we never missed a beat,’’ Hall said. “We couldn’t have asked for a better replacement. Coach Henderson let me sit in with him and the line coach to set up the offense.”

Hall’s varsity basketball coach was Steve Richards who instructed his players and teams to “give it your all on every play,’’ Hall said.

Hall also played baseball for Dillon and he once called him, “a baseball fundamentalist.’’

His days in all three sports dated to his youth growing up near what is now Lee M. Waid Elementary School. He recalled watching the Rocky Mount Clippers practice and play baseball games there and remembered Samuel Hawkins, for whom FCHS’s main gymnasium is named, letting him play on the basketball court at Lee M. Waid, where he coached.

As an adult, coaching baseball would prove to be one of Hall’s many passions; he steered county teams in Dixie Youth, Connie Mack and American Legion, winning state titles in all three levels of competition.

In 1982, Hall’s Connie Mack team won the state championship and advanced to the national tournament in Memphis, Tennessee. Billy Stump and Tommy Webb were his assistants.

Hall was inducted into the Salem-Roanoke Baseball Hall of Fame in 1997 and Hodges, Gilmore, Brown and Scarborough are enshrined, too.

Hodges would play in the World Series during a 12-year career with the New York Mets, while Gilmore would go into college coaching and guide Coastal Carolina (South Carolina) University to the national championship. Brown was the starting pitcher when the Eagles played Kempsville for the Group AAA state baseball title in 1977 Rocky Mount, and Ferguson (Virginia Tech) and Scarborough (Virginia Tech and Ferrum) played collegiately.

When American Legion Baseball was revived in the county in 1990, Hall served as an assistant coach for Rocky Mount Post 6. In later years, he served as the Legion’s athletics officer. In that role, he was part of team’s run to the district championship and its appearance in the state tournament in Lynchburg last summer.

For his 80th birthday, Post 6’s squad presented Hall with a jersey. Following his accident, the club staged a bingo fundraiser in his honor that raised more than $10,000.

“As long as I coached, it was all on a volunteer basis,’’ Hall said. “The pay I got was watching the kids go on to high school and do bigger and better things. Out of the several hundred kids I’ve coached, I’ve never had a bad situation with a parent. They were always very supportive.’’

Hall was stationed in Germany while in the U.S. Army in the early 1960s. He worked at The Lane Furniture Company until his retirement.

In lieu of flowers, the family requests that donations be made to either Furnace Creek Baptist Church or a youth sports program of the donor’s choice.