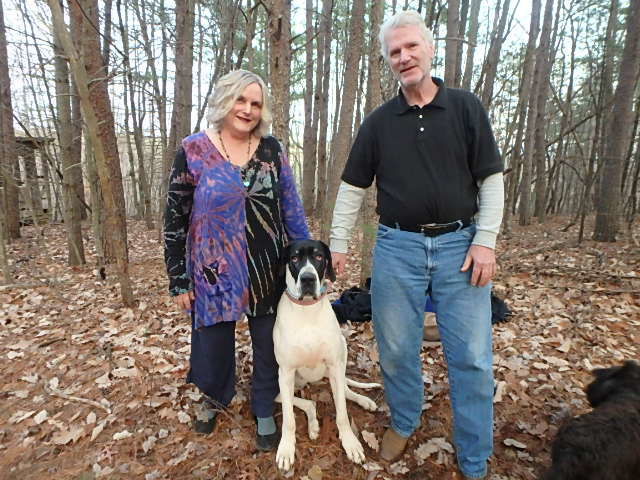 Marlene and Ed Groth pose for a photo with ZuZu on their farm in Ferrum. 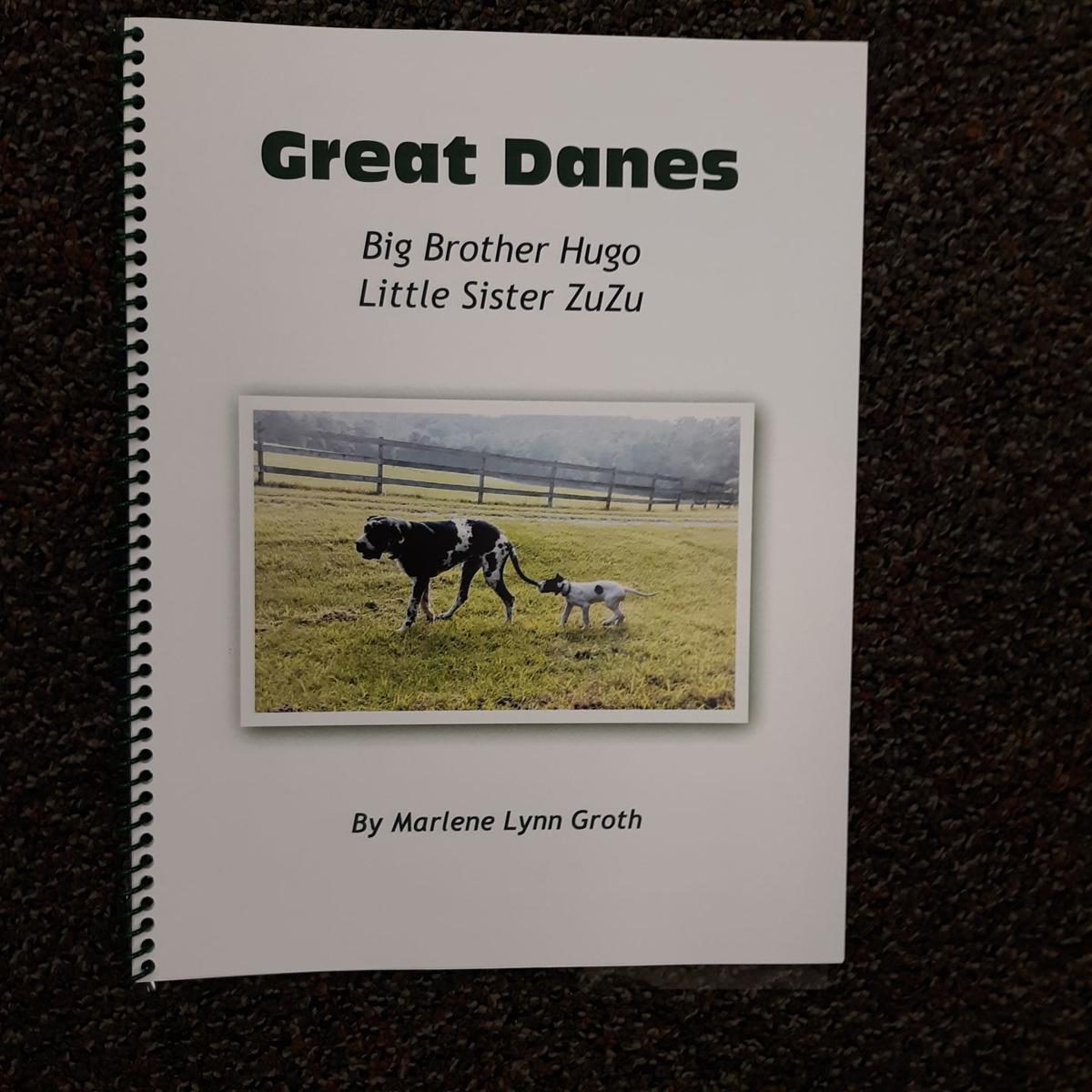 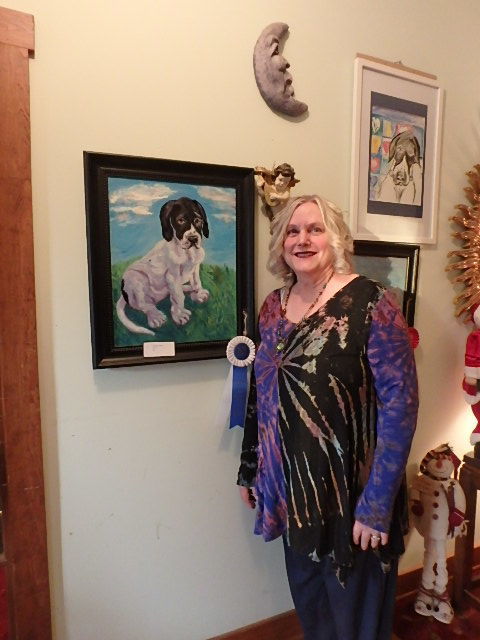 In August, Marlene Groth won a blue ribbon for her oil painting of ZuZu.

Marlene and Ed Groth pose for a photo with ZuZu on their farm in Ferrum.

In August, Marlene Groth won a blue ribbon for her oil painting of ZuZu.

When Marlene Groth and her husband, Ed, purchased a 43-acre farm in Ferrum in 2005, their new neighbors from the next farm over suggested they should get a big dog to have as a companion when horseback riding.

“When we went places, Ed was always fascinated by how huge Great Danes were,” Groth said.

She said they were both struck with how magnificent the dogs were, which ultimately led to the couple buying their first two Great Danes from a nearby breeder. The puppies were named Roscoe and Toby. Marlene said Great Danes usually live to be about 7 to 9 years old. Shortly before the dogs’ passing in 2012, the Groths adopted another Great Dane, a pup named Hugo, from the same breeder.

Groth’s website described the book as a “nonfiction book for animal lovers and a book to read, relate to and to talk and journal about.” With its color photographs and paintings on glossy paper, she said the book could be a keepsake or displayed on a coffee table.

Groth, who previously published two poetry books, said the book got its start when ZuZu, a female Great Dane from the same breeder, joined the family. ZuZu adored Hugo. ZuZu also went to dog obedience school to learn to share her toys with Hugo and not hoard her food.

As Groth observed Hugo and ZuZu interacting, she was learning lessons from them that can apply to people as well. She saw so many similarities between dogs and people, and she loved the intimacy in the pictures she was taking and painting of Hugo and ZuZu together.

In fact, Groth’s portrait of Hugo earned her a blue ribbon in the Bald Knob Artists’ Best Pick Art Show in 2017. This past August she also received a blue ribbon for her oil painting of ZuZu.

In 2017, the Groths watched ZuZu deal with loss and loneliness when Hugo died from brown tick disease.

About a year later, Teddy Bear puppies Kody and Joey, joined the Groth family. Teddy Bear puppies — a designer mix of toy breeds such as shih tzu, poodle, bichon frise, maltese and others — have a calm disposition, are playful and make good watch dogs. They can also be used as therapy dogs, Groth said.

They were all over ZuZu — crawling on her, playing, snuggling and sleeping with her, Groth said. ZuZu, she added, seemed to remember the lessons she’d learned from Hugo as she became a big sister to the puppies.

Groth, who is a retired reading teacher, said she enjoys sharing her book with children and senior citizens. Once a month she visits a senior center with Kody and Joey and reads her book with the seniors.

“The book is great for teachers who want to use it for dialog, art and writing and has themes of selfishness, greed, overcoming loneliness, bullying, learning manners and restraint and gaining wisdom,” she said.

Groth said the lessons she learns from her dogs make her think of how relationships can be successful, such as with ZuZu and Hugo and now with ZuZu and the little dogs.

For more information about the book, visit greatdaneszuzuandhugo.com.