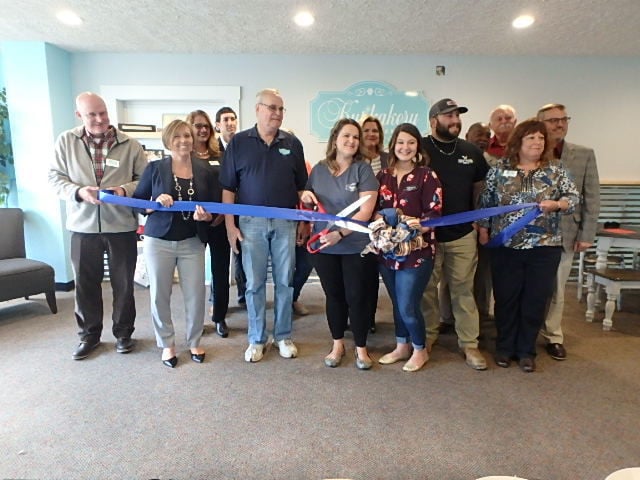 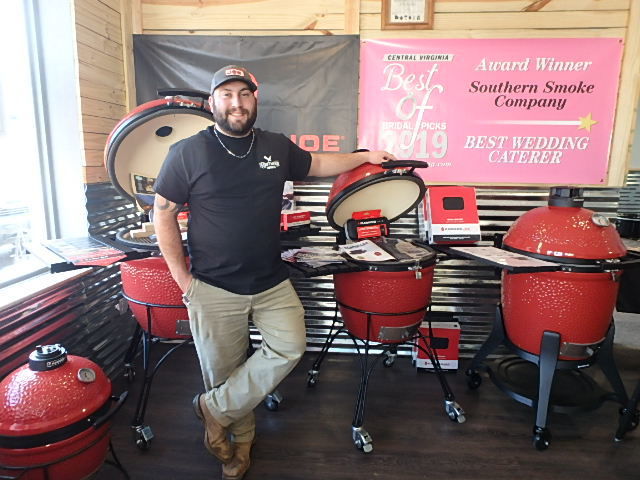 Southern Smoke owner Hunter Wray said he fell in love with barbecue by watching YouTube videos. He has now been in business more than three years and has recently joined forces with The Kupkakery.

Southern Smoke owner Hunter Wray said he fell in love with barbecue by watching YouTube videos. He has now been in business more than three years and has recently joined forces with The Kupkakery.

Kupkakery Bakery and Southern Smoke Company BBQ and Catering will be celebrating the remodel and expansion of their facility with an open house on Sunday, Nov. 24 from 2 to 5 p.m. at 140 Franklin St. in Rocky Mount.

The celebration kicked off on Wednesday afternoon with a ribbon cutting with officials from Rocky Mount and the Smith Mountain Lake Regional Chamber of Commerce in attendance.

“Anything we can do as the chamber to advocate for small business has a huge impact on our community,” said Christopher Finley, the chamber’s executive director. “Every dollar spent locally makes a difference.”

In 2010, Desiree Smith started making cakes and cupcake bouquets for family and friends as a way to make extra money from home while caring for her daughters. One thing led to another, and in 2012 Smith opened Kupkakery Bakery.

A large part of Smith’s business involves making cakes and cupcakes for weddings and special occasions. With the expansion and remodel, Smith said she will have a consultation room that will be used to meet with prospective clients.

The remodel/expansion has also benefited Hunter Wray, owner of Southern Smoke. Wray, who had been operating out of the Kupkakery for a couple of years, now will have room to display and sell Kamado Joe grills, as well as space to meet with potential catering clients.

Wray, 25, had a unique entry into the culinary world. Four years ago, he was diagnosed with alpha-1 antitrypsin deficiency and was hospitalized for 10 days. During his recovery, Wray spent a lot of time watching videos.

“I fell in love with barbecue through watching You Tube videos,” he said, adding it gave him the idea of starting his own small business.

He said he’d like to encourage other young people and that he wants them to reach out to him. “It’s been an incredible ride,” Wray said. “I’d like to see more young people get into entrepreneurship.”

Wray started his business in August 2016. In that first year of business he catered one wedding. The following year, he had 10, and the year after that, it was 50. Today, Wray said he can’t imagine not owning his business and credited that growth to his fiancee, Mariah Pearson.

Molly Layman, who has worked for the Kupkakery for three years and manages the business, described the business as like a family. “It’s wonderful having Hunter with us. He has such a drive,” Layman said. “He definitely pushes us to be our best.”

As Smith reflected on her business journey, starting her business was a dream, and the expansion was the fulfillment of a vision, she said.

“Desiree is so amazing and so humble. You should know that in 2019 she was named Best Wedding/Cupcake Caterer for Southwest Virginia,” said chamber ambassador Alice Smith of the award given by SWVA Wedding Vendors Group.

At Sunday's event, there will be free samples, door prizes and Carri Dolney’s Party Mirror Photo Booth. Weather permitting, there will be a bounce house, cornhole and a s’mores station.