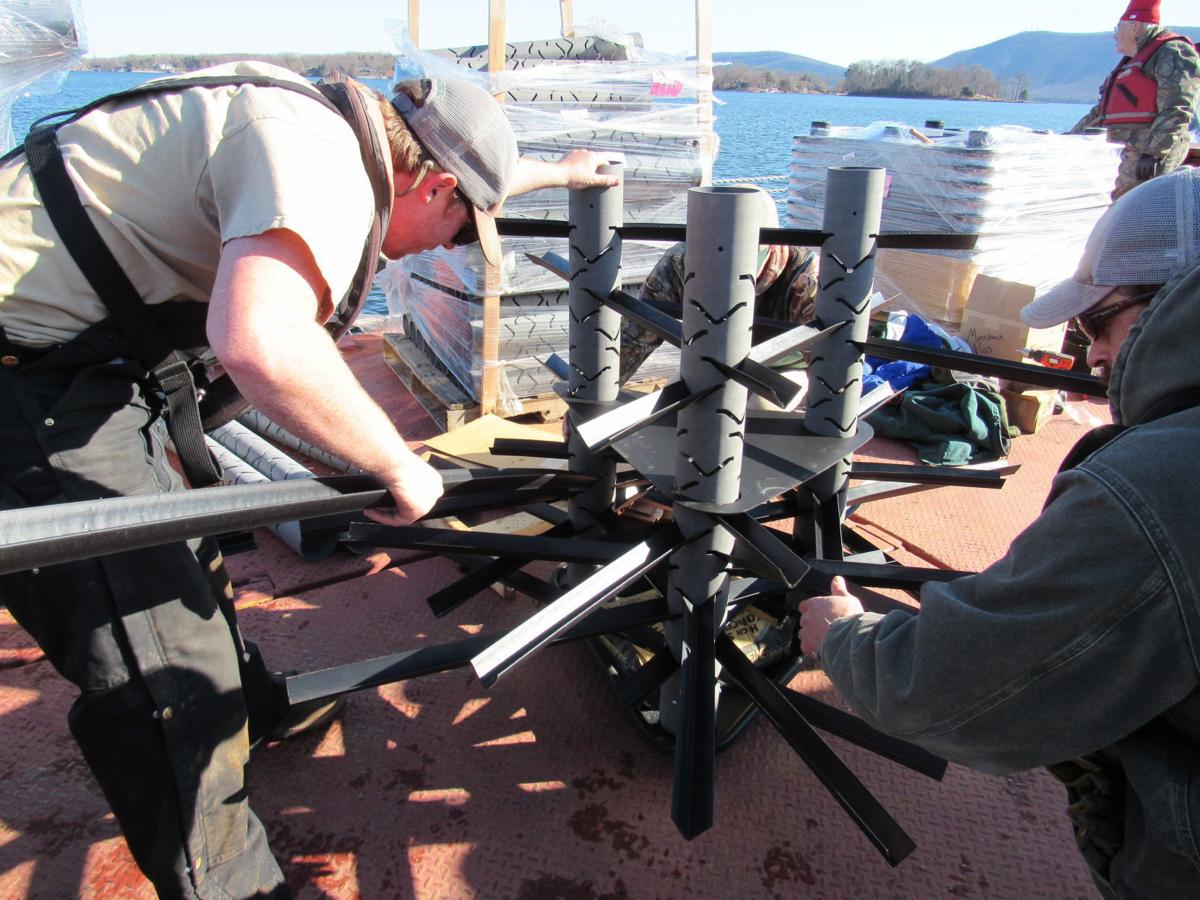 Volunteers worked together to build several artificial habitats before dropping them into the lake in 8 to 10 feet of water. 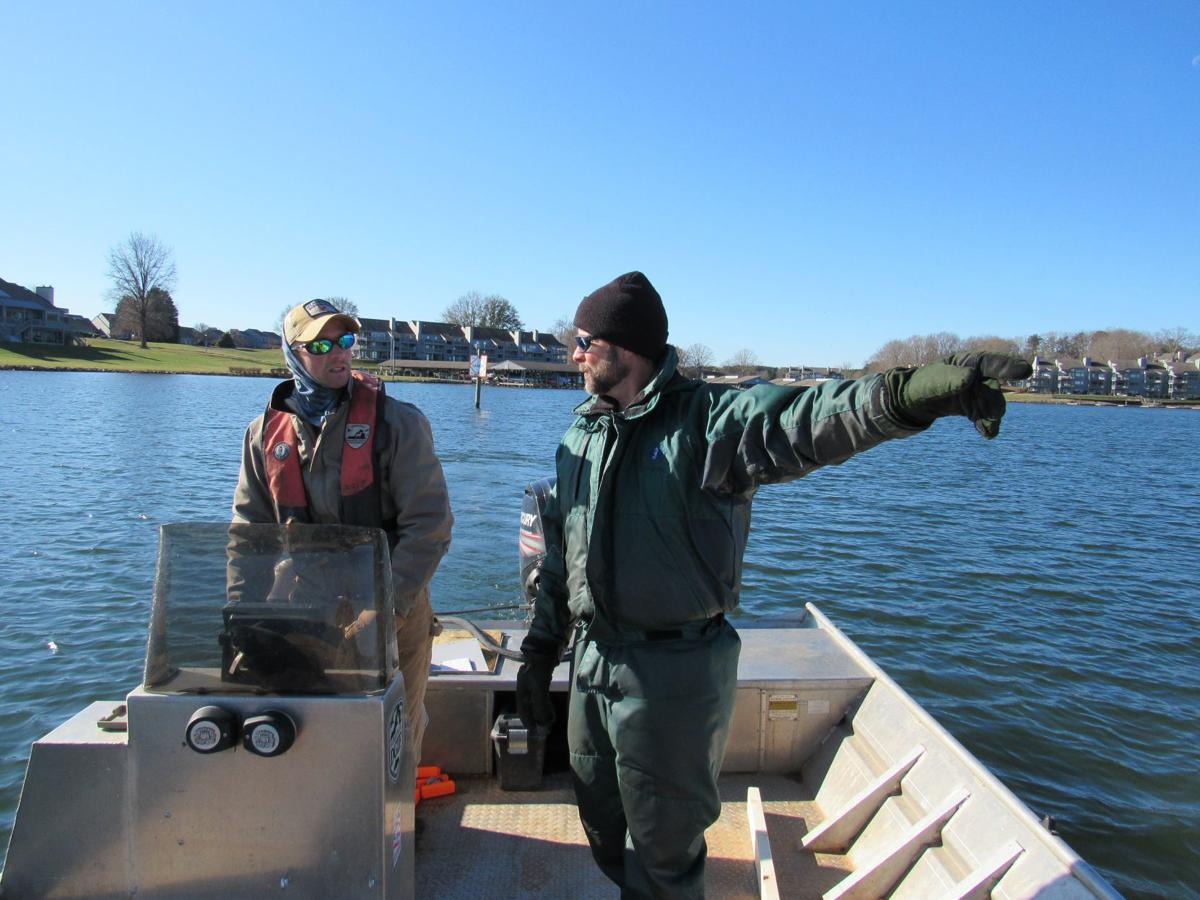 Dan Wilson, fisheries biologist for VDGIF, points out locations for artificial fish habitats. The areas were marked for volunteers who returned later by barge to submerge the habitats. 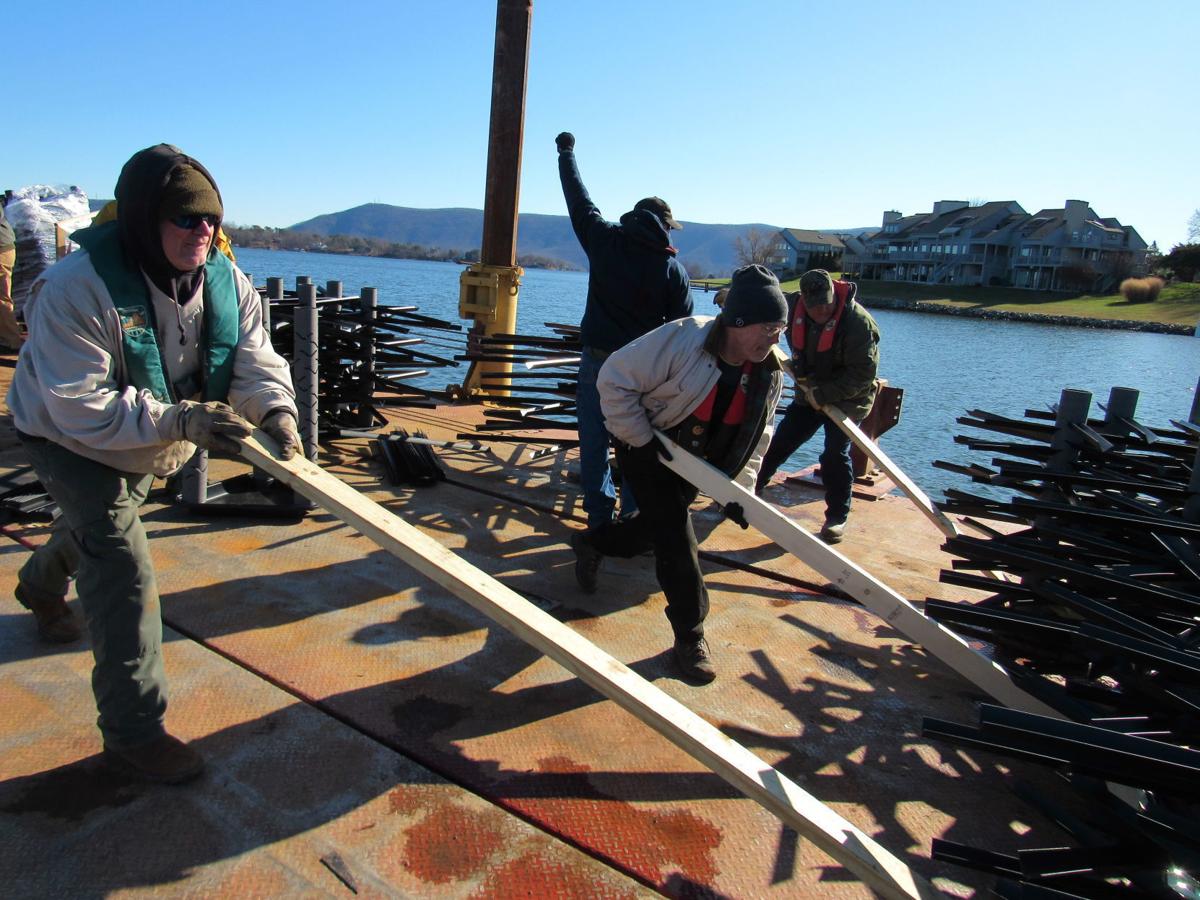 Volunteers worked together to build several artificial habitats before dropping them into the lake in 8 to 10 feet of water.

Dan Wilson, fisheries biologist for VDGIF, points out locations for artificial fish habitats. The areas were marked for volunteers who returned later by barge to submerge the habitats.

Dan Wilson, fisheries biologist for VDGIF, has led the effort for the past three years as a way to increase the lake’s fish population. Habitats provide a place for fish, especially young fish, to hide from predators.

Bass, sunfish and crappie spend their early lives near the shoreline, Wilson said. More protection can give them a better chance of reaching adulthood and adding to the overall fish population.

With more and more of the lake being developed, Wilson said there are fewer places along the shoreline with vegetation, downed trees and brush where fish can hide.

VDGIF partners with Appalachian Power each year to place the fish habitats. The company has provided between $25,000 and $30,000 annually to fund the project as well as supplying a barge with enough space to quickly construct and drop the structures into the water.

More than a dozen volunteers spent Dec. 18 and 19 constructing the artificial fish habitats and dropping them in locations marked by Wilson. The structures, made by Mossback Fish Habitat, look similar to pine trees without needles. Several V-shaped branches jut out from the base.

Including those placed last week, Wilson said more than 200 artificial fish habitats from Mossback Fish Habitat have already been placed around the lake over the past three years. The most recent habitats were installed around channel marker R11.

The results from this project will not be noticeable immediately, Wilson said. “This is a long term goal of putting structures in for 30 years,” he said.

The structures placed last week are just one of several efforts to improve fish habitats around the lake. Wilson has also led efforts to create habitats made from milk crates zip-tied together. The structures are placed under the docks by volunteers.

In addition to man-made structures, Wilson also works with local groups to plant water willow in multiple locations around the lake’s shoreline.

Wilson said he usually checks on the fish habitats each spring to see how well they are working to attract and protect fish. They look in on the fish using divers and underwater cameras. It helps them to see what is working and what isn’t.

Volunteers are still needed to install milk crate habitats under docks. Wilson said anyone interested in learning more about the habitats and possibly having one installed under their dock can contact him at dan.wilson@dgif.virginia.gov.