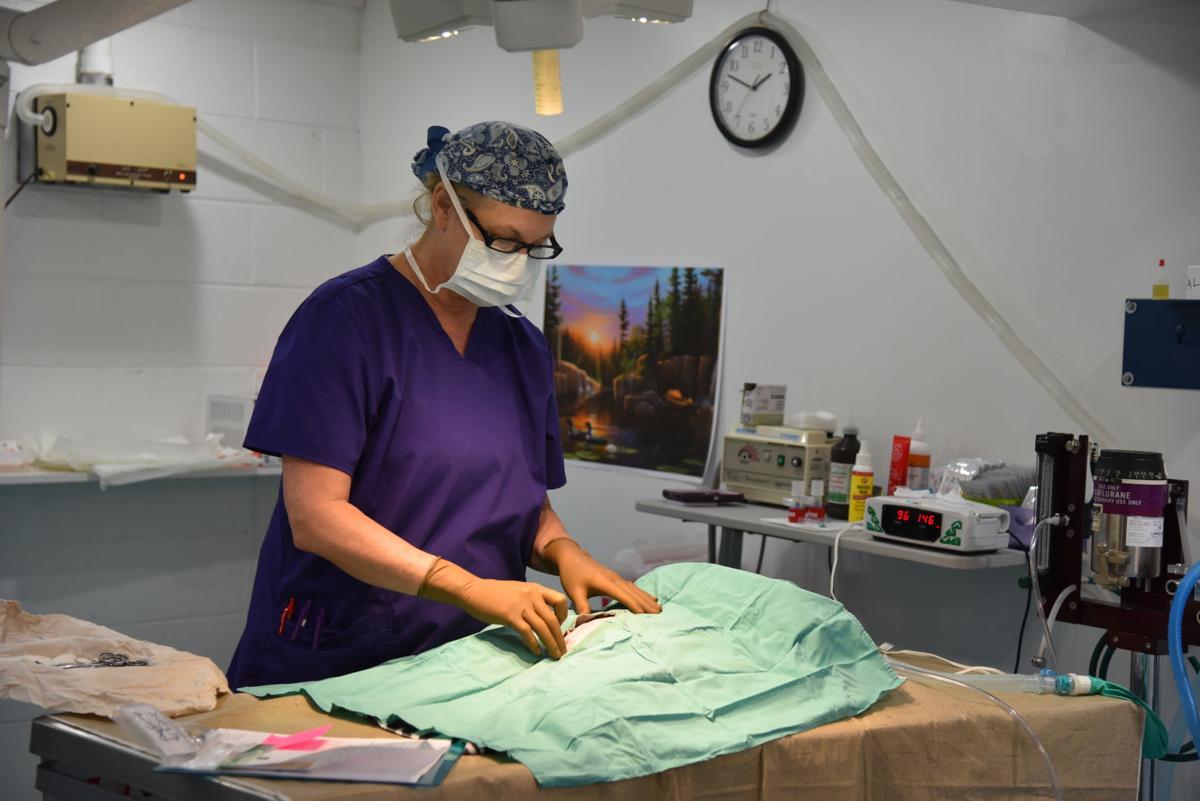 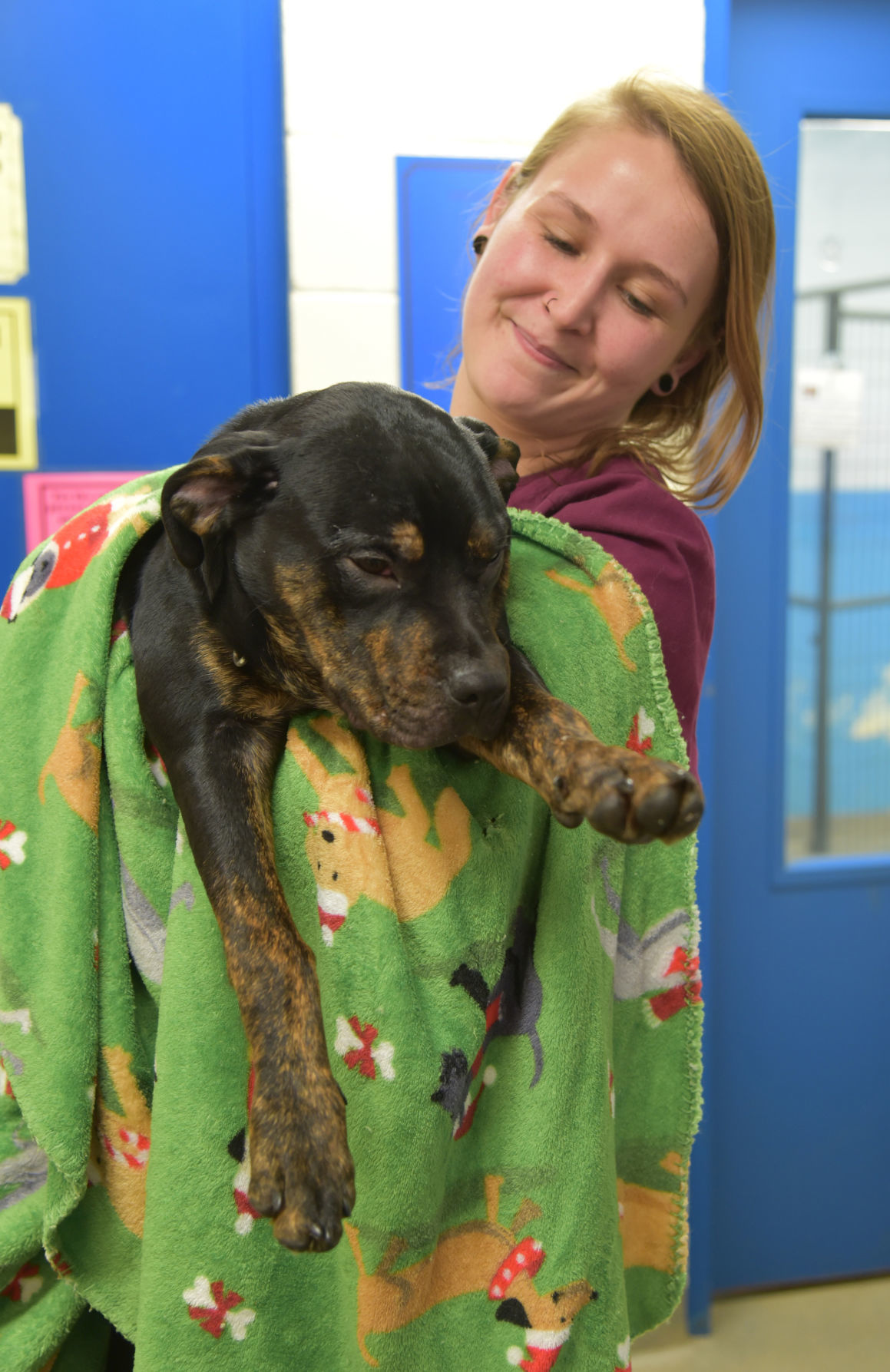 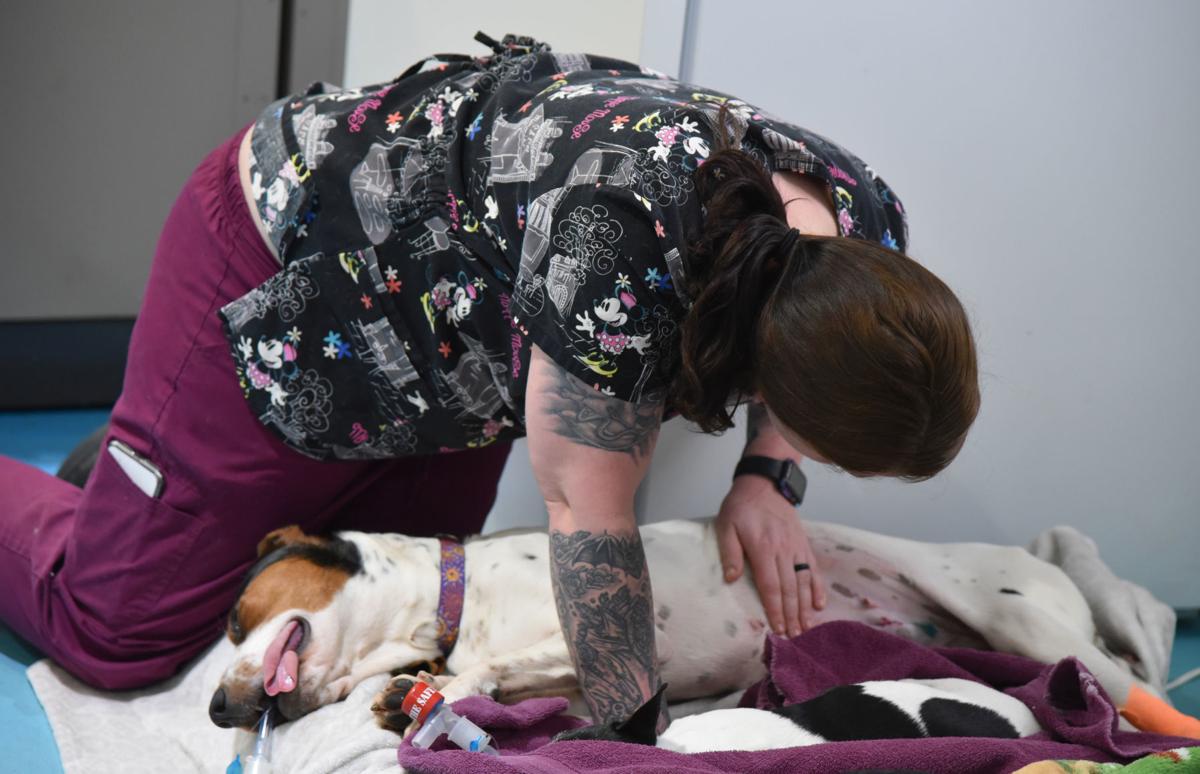 A clinic worker checks the incision site on Jenny, a hound mix at the humane society who was spayed Monday morning.

A clinic worker checks the incision site on Jenny, a hound mix at the humane society who was spayed Monday morning.

Since that time the clinic has evolved from being a low cost spay/neuter clinic to a basic animal care vet.

At the time, spay/neuter clinics nationwide were taking off, said Donna Essig, president of the humane society. It was a means of preventing the number of animals that would enter shelters, nearly 90% of which were being euthanized due to space constraints. At that time, 20 years ago, Essig said there were no other spay/neuter clinics in Virginia — one had opened in Richmond a mere three days prior to Franklin County’s clinic opening.

Made possible, in part by a grant from the Price is Right host Bob Barker’s DJ&T Foundation and a matching donation from a private citizen, Planned Pethood was founded in 1999. The Franklin County Humane Society had been around since 1977, but it took decades to open the clinic and the shelter.

“We didn’t have the means to open a shelter at the time because the numbers were overwhelming,” Essig said. “We thought we have to find a way to spay and neuter as many animals as possible so this whole concept of a high quality, high volume, low cost spay/neuter was (born.) It was pretty progressive for a rural area like this.”

Dr. Marybeth Chaconas has been “fixing” animals for the clinic for 20 years. The clinic performs more than 3,000 spay/neuters each year. According to the latest numbers provided by Essig, the clinic has performed more than 61,000 spay/neuters since it opened and is on target to hit the 65,000 mark this year.

The clinic also treats the shelter animals but does not practice “shelter medicine,” Chaconas said.

“We don’t dumb down their care because they are shelter animals,” Chaconas explained. “They get top-of-the-line care. If they need something we don’t have like X-rays (or procedures) we refer them to another clinic to get care. We have even had some go to Virginia Tech.”

In 2003, the organization bought a house and land on U.S. 220 and moved the clinic to its current location at 18401 Virgil H. Goode Highway in Rocky Mount.

In 2007, the humane society opened its Purrfect Treasures fundraising store and completed its campaign to raise funds to build the adoption center by the end of that year.

The adoption center opened in April 2009.

“I can look back and see a complete turnaround we have made for the animals that end up homeless, before there was very little chance for them and now, there are very good chances for them,” Essig said. “It’s really heartwarming to see that.”

In honor of the clinic’s 20th anniversary, the clinic is offering a special $20 outside cat spay/neuter service. Rabies vaccination, post-surgery pain injection and ear tip are included. Essig said the clinic has 100 slots for the special and many of them are still open. The special rate is thanks in part to a Walmart Community Grant the clinic received.

“Our hope is this will encourage residents feeding outside cats to get the cats spayed, neutered and vaccinated,” Essig said. “This will reduce the numbers of kittens born each year to outside cats, which overwhelm shelters every year. The humane society recommends that pets be altered by 4 months of age to prevent unplanned litters. Kittens as young as 4 months and puppies as young as 5 months are old enough to produce their first litter just two months later.”

Essig explained that spaying or neutering is important to cutting back on homeless animals, as well as health benefits for pets such as lessening their risk for cancer.

To make an appointment or for more information about the clinic, call 489-3491 or visit www.plannedpethoodrockymount.com/clinic.