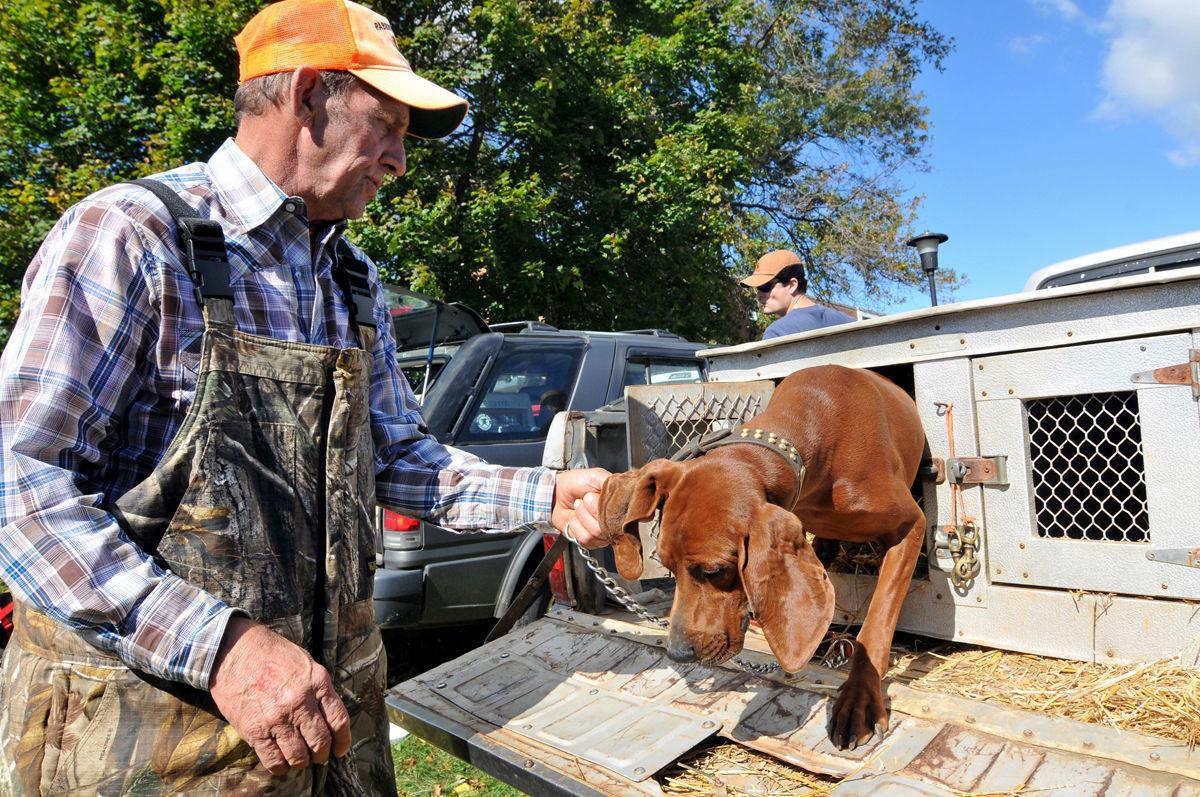 Coon dog events are among the most popular of the Blue Ridge Folklife Festival, according to Blue Ridge Institute & Museum Director Beth Worley. The Oct. 26 festival will feature water races, treeing competitions and mule jumping events all involving coonhounds. 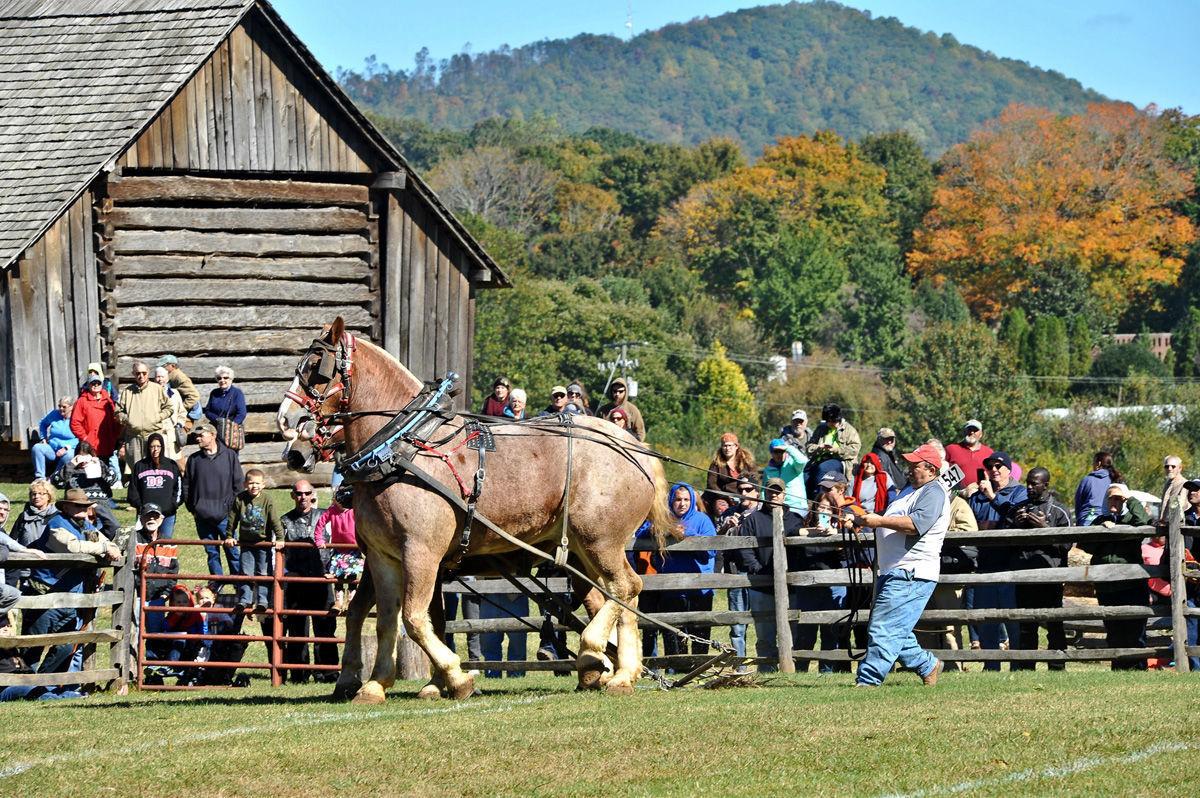 A pair of Belgian draft horses are readied before the start of the draft pulling competition during the annual Blue Ridge Folk Life Festival in Ferrum. This year’s festival falls on Oct. 26 and will take place from 10 a.m. to 5 p.m.

Coon dog events are among the most popular of the Blue Ridge Folklife Festival, according to Blue Ridge Institute & Museum Director Beth Worley. The Oct. 26 festival will feature water races, treeing competitions and mule jumping events all involving coonhounds.

A pair of Belgian draft horses are readied before the start of the draft pulling competition during the annual Blue Ridge Folk Life Festival in Ferrum. This year’s festival falls on Oct. 26 and will take place from 10 a.m. to 5 p.m.

Each October, on the fourth Saturday of the month, for the past 45 years, thousands flock to Ferrum College for a taste of history.

The Blue Ridge Folklife Festival, a one-day event, featuring experiences such as ox-driving, horse-pulls, coon dog contests, mule-jumping, wheat threshing and rock crushing, is set to a backdrop of gospel and bluegrass music. Now in its 46th year, the festival is the largest regional event of its kind in the state, said Beth Worley, Blue Ridge Institute and Museum director.

“It is one day packed with the most wonderful country foods, the most unique events to watch,” Worley said. “You get to be surrounded by craftspeople making their traditional crafts that you would normally never get to see, like you normally never get to see anybody making a banjo or guitar, or somebody making a basket or a leather belt. It is just the most authentic festival of its kind in Virginia.”

The draft horses are a big draw and competitors come from all over, including Kentucky. Worley said she believes the coon dog events are the biggest draw of the festival, though.

“People always flock to the coon dog water race,” Worley said. “That is like going to a concert. Folks line up along the banks of the lake to get their prime spot. It is one of the highlights of the festival … it is so entertaining.”

New this year is the Leo H. Scott Pavilion, which had its ribbon cutting ceremony on Wednesday. Worley said a casket maker will be set up under the pavilion demonstrating his craft.

The festival is bringing back apple butter making, and warm jars of fresh apple butter will be available for purchase at the Oct. 26 event.

“They will actually have to stay up the night before the festival to make sure the butter (doesn’t scorch),” Worley said. “We will be canning it in pint jars and quart jars (Saturday.)”

A new workshop, called “Keep my skillet good and greasy,” will feature songs about food. The workshop is sponsored by Virginia Humanities.

Worley said fried bologna and fried Spam sandwiches will be available through the Franklin County Public Library during the event. The country sandwich sale will serve as a fundraiser for the library.

“The sights, smells and sounds of this festival cannot compare to anywhere else,” Worley said.

An all-African gospel stage will be held in the chapel at Ferrum College.

“Our plans are just to blow the roof off that chapel, because these groups are rockin’,” Worley said. “They are fantastic. So that will be a highlight of this year’s festival, I think.”

There will also be a farm stage and a bowl stage, and performances will be held all day on all three stages.

There will be two ATMs available at the festival but Worley encourages festivalgoers to bring cash as many vendors only accept cash payments.

The Blue Ridge Institute and Museum will also be open the entire day with its exhibits, including “Travelers’ Trinkets: Souvenirs of Virginia Exhibition,” “Crooked Road Royalty” and “Crooked Road Music Styles.”

The Blue Ridge Folklife Festival starts at 10 a.m. Parking is free. Admission costs $10, $5 for seniors (ages 55 and older) and children (ages 6 to 14). Admission is free for children age 5 and younger.

Tickets can be ordered in advance by calling 365-4412. For more information, visit www.ferrum.edu/blue-ridge-folklife-festival.