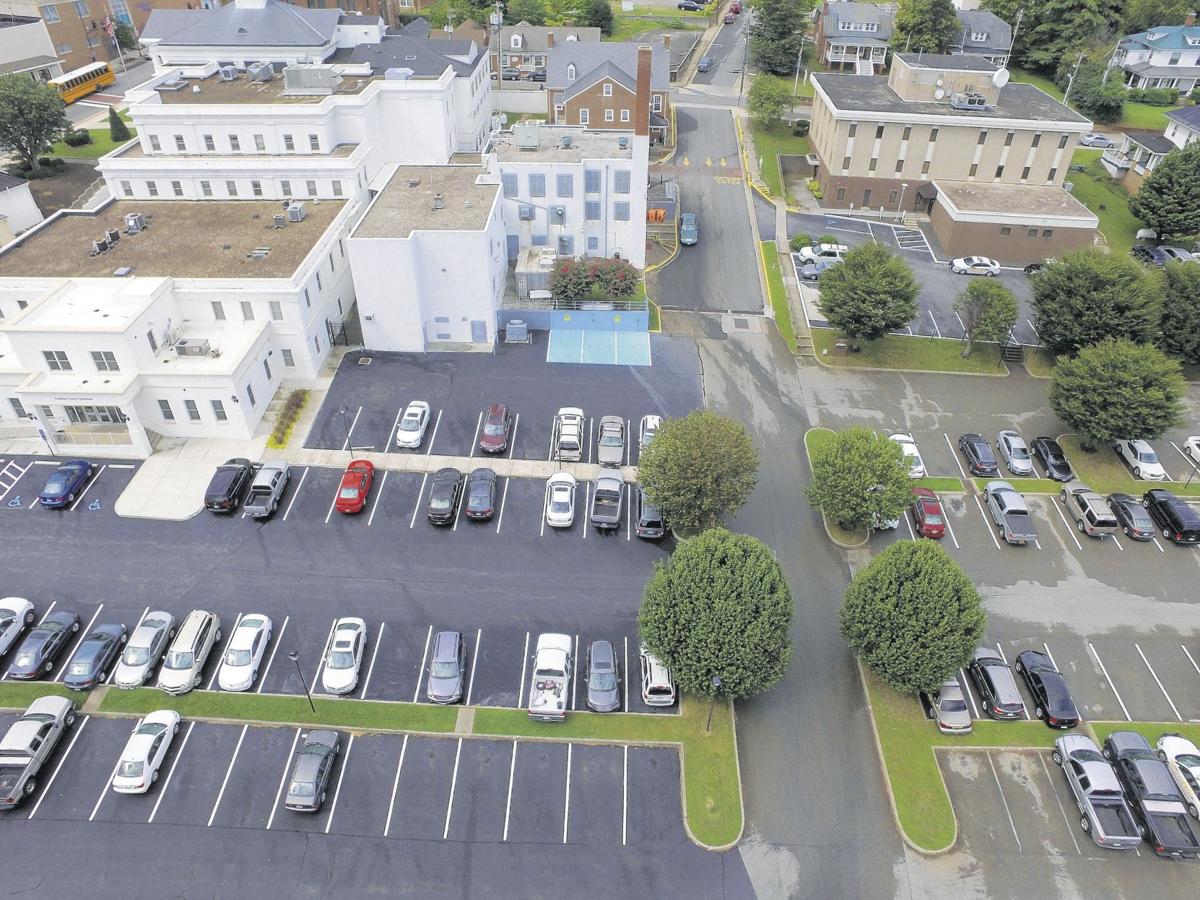 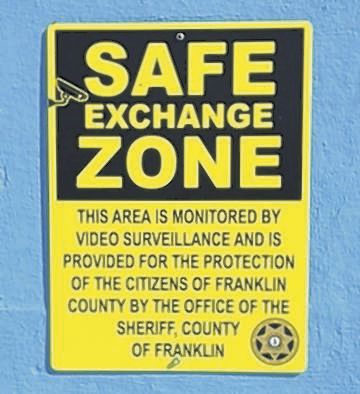 The Franklin County Sheriff’s Office has designated the area behind the county jail for citizens looking for a safe place to meet.

The “Safe Zone” is a well-lit area marked in blue and under 24-hour surveillance by the department.

“It’s a safe place to meet strangers from Craigslist or eBay to exchange merchandise or money, or for family members to transfer custody of their children for custody or visitation arrangements,” Sheriff Bill Overton said. “Sometimes those exchanges can be very contentious and people need a neutral, secure place to meet.”

The Safe Zone is also equipped with an alert button that sets off an alarm should a person feel unsafe for any reason or have a medical emergency.

Overton got the idea for a Safe Zone while speaking with Bedford County’s Sheriff, Michael Brown.

“I liked the concept of what they were doing there, especially from a safety aspect,” Overton said. “It didn’t cost us anything but the price of paint and two signs designating the area. That portion of the parking lot is already equipped with monitoring, so it just made sense to put it in that location.”

Information about the Safe Zone was posted on the Sheriff Office’s Standing Watch Facebook page back in August 2016, and since then, the post has received over 78,000 hits.

“It’s incredible how many people have responded to that one simple area that has been set aside,” said H.L. Nolen, the department’s outreach coordinator. “The cameras can also show the directional travel of the vehicles meeting there. So, should anything illegal happen, we would know what route the vehicle took as it departed the complex.”

The department has reported “daily activity” occurring in the Safe Zone, Overton said.

“So it’s safe to say residents are utilizing it,” he added. “Some of the comments citizens are leaving on our Standing Watch page say they feel a sense of security knowing there’s a monitored area there.”

When meeting people for Craigslist exchanges, Overton encourages citizens to do their homework.

“It’s always good to be vigilant,” he said. “Be aware of your surroundings and pick out good, daylight hours to do these exchanges. It’s never a good idea to give out your address to strangers or meet them at your house.”

To find other Safe Zone locations, visit www.safedeal.zone and click on search to enter a zip code.

“We hope this concept spreads to other localities,” Overton said. “The main thing is we want people to feel safe and remain safe.”

I like this article and the safe zone should be expanded all over the country. People need more safety and is darwinessay legit which life becomes so advanced with the latest equipment. It depends on people who they used these gadgets of the safety of the people.